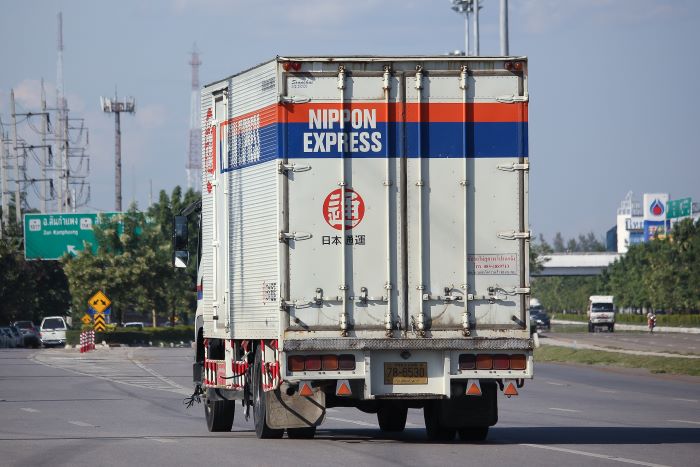 As India works to create a robust national logistics policy — intended to transform the highly fragmented industry into a more streamlined, integrated platform — international logistics leaders with a relatively limited profile in the country are looking to cement their presence through strategic investment or partnerships.

In the latest example of that trend, Japanese logistics giant Nippon Express last week announced a plan to acquire a 22 percent stake in Mumbai-based Future Supply Chain Solutions Ltd. (FSC) as part of what it called a move “to capitalize on the rapid growth expected in the Indian logistics market.”

The deal, subject to the necessary regulatory approvals, is reportedly worth about $91 million.

Japanese logistics companies have been particularly proactive in tapping into India’s increasingly promising logistics market, boasting their niches in inland transportation for automobile and other complex cargoes. NYK, MOL, Suzue Corp., and Suzuyo & Co. are some of the notable players who have led that race in recent years.

Nippon Express, in a statement, said with accelerated infrastructure development, a unified indirect tax regime following the Goods and Service Tax (GST) rollout, and a burgeoning middle class, logistics verticals in India have the potential to provide lucrative growth opportunities.

Nippon Express has been operating in India since 2007, focusing exclusively on ocean freight forwarding, and the company is expecting a sizeable expansion of its product profile by working with a local partner who has an established, country-wide network. “The partnership with FSC will add complementary capabilities to us and enable us to provide end-to-end logistics services to our customers resulting in the growth of our Indian logistics business,” the company said in a joint statement with FSC.

FSC is part of the Future Group, best known as the Indian retail pioneer. Founded in 2006, the logistics unit is said to operate a country-wide network of nearly 100 distribution centers, including four temperature-controlled sites and 14 hubs.

“Through this partnership, Nippon Express and FSC are well-poised to derive significant synergies given their complementary skill sets and service offerings, and gain a deeper foothold in the large and growing Indian logistics sector,” the statement said.

Amid rapidly evolving trade dynamics, logistics development has occupied a priority spot in the Indian government’s policy actions in recent years. The industry gained an “infrastructure status” in 2017 by which funding became less painful for logistics service providers. According to domestic market research and credit rating firm ICRA, an estimated $2.5 billion has poured into India’s industrial warehousing segment over the past two years.

“There is increasing demand for grade ‘A’ warehousing space because of the operational conveniences and cost benefits,” the agency said in a recent statement. “The demand is concentrated on the metro cities, supported by the presence of manufacturing hubs in the vicinity, access to transport networks and [export-import] facilities, as well as the rising urban population in the metropolitan areas for consumption-driven demand for warehousing.”

In addition, the GST program that sought to eliminate the cascading effect of multiple state and federal levies on supply chains, and an integrated multimodal logistics and transport policy — to switch from a point-to-point transportation system to a hub-and-spoke model involving the development of low-volume freight corridors — have been powerful tailwinds for the industry.

India wants to reduce export-import costs to approximately 10 percent of its GDP from a level between 14 and 18 percent at present, and the new policy seeking to create a single window framework — which is expected to be put forth soon — is a step toward that long-term goal.

The draft policy said the primary aim is to “drive economic growth and trade competitiveness of the country through a truly integrated, seamless, efficient, reliable and cost-effective logistics network, leveraging best-in-class technology, processes, and skilled manpower.”

As cost-conscious shippers seek "more for less," an “integrator, a one-stop shop” strategy has become the talk of the industry. Here, a holistic digital platform, as envisaged in the policy, can play a pivotal role for the Indian freight industry.