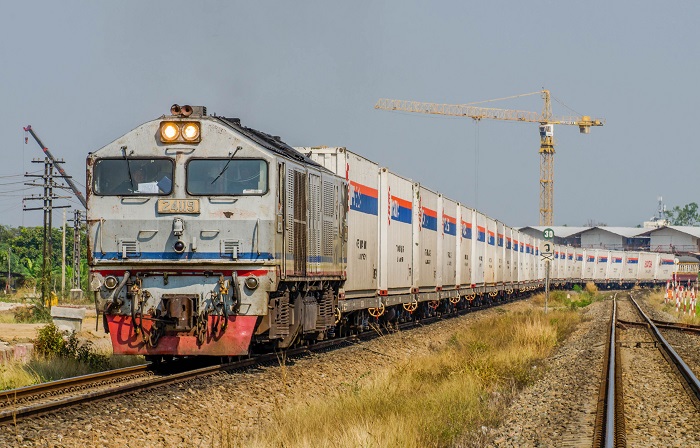 Nippon, one of the world’s largest logistics companies by revenue, is aggressively expanding its portfolio of regional services with a focus on cross-border land links in China and Southeast Asia. (Above: A Nippon Express train.) Photo credit: Shutterstock.com.

Logistics giant Nippon Express said its newly launched intermodal services connecting Japanese ports and airports with Europe via the Eurasian rail network will be expanded to new routes in response to demand from beneficial cargo owners.

The Tokyo-listed company, one of the world’s largest logistics companies by revenue, is aggressively expanding its portfolio of regional services with a focus on cross-border land links in China and Southeast Asia.

Nippon Express announced in May the launch of combination sea-and-rail and air-and-rail intermodal services to Europe via China, and this month it was granted expanded permits to transport goods by overland between China and four Southeast Asian countries on the Mekong River.

The intermodal services from Japan to Europe leverage the China-Europe rail landbridge using Dalian and Chongqing as transit points and were launched in response to demands from shippers, the company said in a statement.

“Nippon Express received numerous requests from customers for cargo transport to and from Japan to be appended.”

The sea-and-rail option links the Japanese ports of Tokyo, Yokohama, Nagoya, Osaka, and Kobe with Duisburg in Germany via the northern Chinese city of Dalian. The minimum delivery time is 28 days, around 12 days shorter than the traditional all-water route.

What’s more, once sealed at origin, containers do not need to be reopened again until they reach Germany, and customers are issued waybills that establish the responsibility of Nippon Express for the entire transport.

The air route links the Japanese airports of Narita, Haneda, Chubu, and Kansai with Chongqing in central China before cargo is shipped by rail to Duisburg. The minimum lead time from Narita to the rail terminal in Duisburg is 22 days for full-containerload shipments, and 24 days for consolidated less-than-containerload shipments.

According to Nippon Express, the air-rail combination service is targeting shipments during peak periods, as well as contingency and emergency shipments.

The move is an early implementation of the Cross-Border Transport Agreement adopted by the five greater Mekong subregion countries at the end of 2016.

Nippon Express and its subsidiaries already provide cross-border cargo transport services between the Mekong subregion countries under bilateral and trilateral permits but the expanded transport rights make it possible for its trucks to pass freely through any of the five countries.

The permits remove the need to transship cargo, which will reduce opportunities for pilferage and damage to goods and improve transport times, enabling more seamless movement of goods on the 7,000-kilometer (4,349-mile) overland journey between Shanghai, Guangzhou, Hanoi, Bangkok, and Singapore.

The Mekong subregion countries are accelerating development of transnational distribution networks with a series of major infrastructure projects, as well as the abolition of intraregional tariffs and simplification of regulations governing the cross-border movement of goods.

The Mekong countries this week adopted a five-year master plan to improve transport infrastructure and harmonize trade and investment rules in the subregion.

A primary goal of the plan, which covers 2019 to 2023, is to promote free movement of goods and improve the integration of the subregion with global supply chains. A fund was established to support infrastructure development and other types of trade facilitation measures and projects.

The five Mekong subregion countries are sometimes collectively referred to as “Continental ASEAN” (Association of Southeast Asian Nations) and trade between them has been expanding rapidly over the past decade.