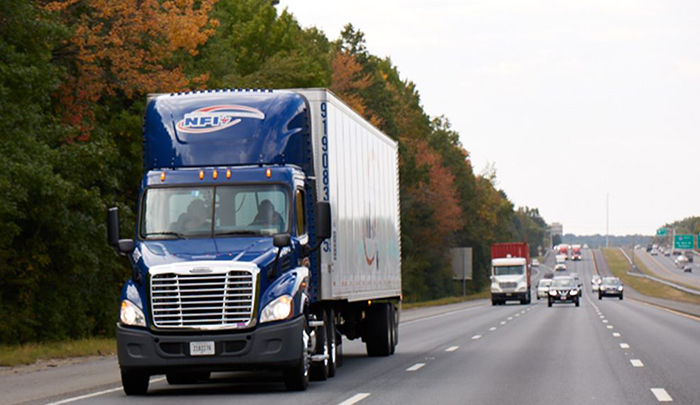 NFI's acquisition of a Canadian warehousing and distribution company gives NFI an opportunity to expand into new industries.

US logistics provider NFI extended its reach and increased its revenue in Canada by acquiring Dominion Warehousing and Distribution. The deal gives NFI new facilities in Ontario, Alberta, and British Columbia and boosts its Canadian revenue above $125 million a year.

The year-end acquisition, terms of which were not released, is the latest in a series of acquisitions and other expansion by NFI that defied sluggish North American freight markets. The $1.2 billion Cherry Hill, New Jersey, company has grown rapidly since 2012.

A great deal of that growth has been in freight brokerage. In August, NFI acquired US freight broker United Express, expanding its reach in the Mid-Atlantic and Southeastern markets. In October, NFI opened an office in Montreal, Quebec, then its fifth Canadian office.

“Dominion provides a great opportunity for NFI to enter into new industries like specialty paints and chemicals and expand existing ones,” NFI President of Distribution Kevin Patterson said. “The acquisition increases our footprint and also expands our capabilities in these sectors.”

Dominion was founded 26 years ago and has about 250 employees, the companies said. The purchase brings NFI’s total warehousing footprint to more than 31 million square feet, including approximately 2 million square feet contributed by Dominion’s three facilities.

NFI is one of several US and Canadian transport operators expanding across their mutual border as cross-border trade grows and international supply chains become more entwined. US trucking company Roadrunner Freight and Canadian carrier Dicom Transportation are among those that expanded cross-border services last year.

“Growth in the Canadian market is core to our overall strategy,” Sid Brown, NFI CEO, said in a statement. “We will add new, blue-chip customers to our portfolio and at the same time provide our existing customers additional warehousing capacity in these markets.”