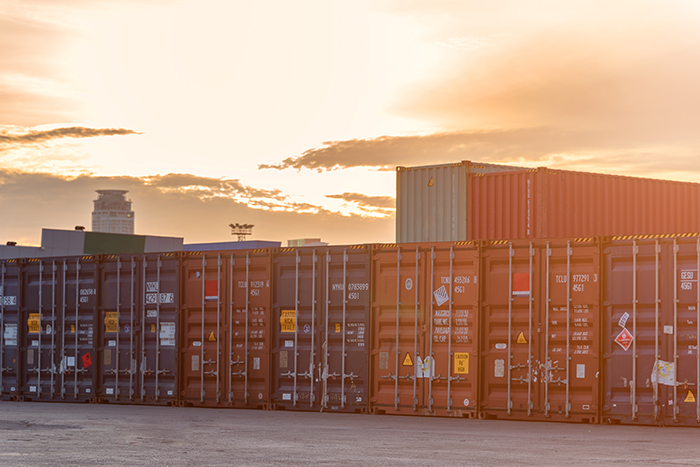 The container shipping industry continues to wait for the sun to rise on a new era of technological innovation.

A lack of transparency and coordination between stakeholders hinders cargo movement in much of the supply chain, but it is unclear whether the industry is ready to embrace technology and take the necessary steps to remedy the problem, a study released Tuesday and compiled by the BPI Network, a professional networking organization, and three shipping industry technology companies suggests.

Ninety percent of shipping and logistics executives polled said real time access and sharing of information between shipping partners is either very important or important to increasing efficiency, according to the study. And the same percentage of shippers interviewed said there is a need to improve visibility in the ocean supply chain.

But the responses of the 200 executives working for terminal operators, carriers, logistics providers, shippers, and other supply chain companies interviewed in the study also showed the industry’s resistance to such developments.

The study, “Competitive Gain in the Ocean Supply Chain: Innovation that’s Driving Maritime Operational Transformation,” said collaboration, and the integration of new technology, will be key to the industry’s ability to shrug off current inefficiencies, and prepare for the future.

The results highlight the challenges facing the shipping and logistics industry as it seeks to respond to a wave of start-up companies, many funded with venture capital, offering products that use digital technology to transform the way certain aspects of the business are done. They include booking marketplaces, container- and chassis-tracking equipment, transportation management systems, and digital systems for the document handling and communications work that is routine in the forwarding sector.

Although supply chains are generally too complex for a single solution to address the entire chain, each of the startups addresses part of it. That is especially true of visibility, and the desire to track a container, and being able to determine exactly where it is, through the entire chain.

For example, Flexport, a San Francisco-based digital freight forwarder, includes document management and communication channels between different parties, which could simplify the shipping process and improve coordination between the shipper and the carrier. Haven, also of San Francisco, which until recently ran an Expedia-like booking marketplace, is now developing an end-to-end system to organize and automate cargo management, which the company says can dramatically reduce the amount of work, communication, and personnel needed to book, document, and manage cargo shipments.

Other companies have focused on the widely discussed concern over the lack of transparency in the supply chain. Traxens, a French company, is developing a container data monitoring system that has attracted investment from Mediterranean Shipping Co. and CMA CGM, and another company, SkyBitz, helps track containers by monitoring the trailer underneath. Earlier this month, DHL began offering its customers a new online platform designed to track a container along the supply chain.

The study said the industry’s ability to adapt to new technologies, and use them to better coordinate with other players in the chain, is critical to its ability to shake off the difficulties of the present and thrive in the future.

“While change may be slow, it is coming nevertheless,” the study concluded. “Those who fail to take action should beware.”

“Being a technology laggard could well hasten the demise of some members of the industry and wider ocean supply chain — just as it has in many other industries being disrupted by technology,” the study said.

The study concluded that “improving the digital aptitude and process efficiency of the ocean supply chain will require leadership and cooperation.”

The study’s underscoring of the need for coordination echoes a joint study between JOC.com and parent company IHS Markit that found that communication structures that foster higher levels of trust and collaboration between container lines and terminals are sorely needed for the container shipping industry to make gains in berth and port productivity. It also found that relationships between lines and terminals focus too heavily on commercial and procurement functions, which severely limits possibilities to unlock large untapped pools of value in the area of berth and port productivity.

The study found a generally poor level of adoption of information technology best practice across the industry and big gaps in the adoption and implementation of technologies to support productivity improvements, particularly in the key area of data management and data sharing.