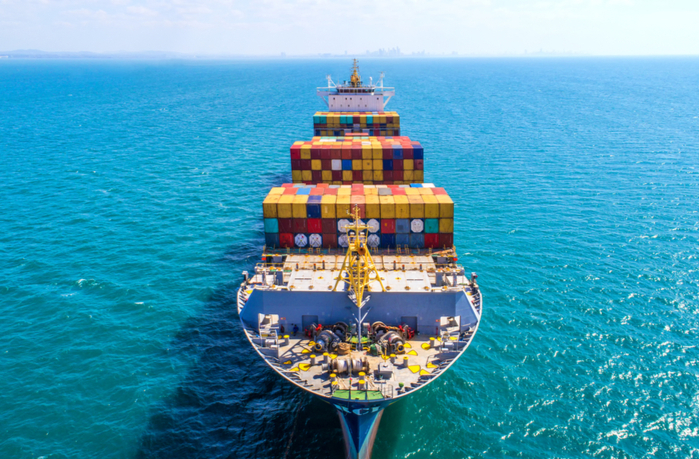 Forwarders willing to adapt shouldn't fear the threat of ocean carriers and digital freight startups taking business from them, according to Marc Meier. Photo credit: Shutterstock.com.

HAMBURG — Forwarders need to adapt from a model where they monetize the arbitrage between the buying and selling of ocean freight to one in which they monetize the creation of value for shippers, said Marc Meier, managing partner and CEO of the forwarder Fr. Meyer's Sohn.

It won’t be easy, as shippers have not traditionally not been willing to pay for technology and process improvement services that have generally been bundled into broader freight forwarding relationships, he said. He said the differentiators going forward will be adaptability and agility, and not just an openness to technology, Meier said in a keynote address at the JOC Container Trade Europe conference in Hamburg Tuesday.

“We do something our customers don’t want to do, can’t do, or can’t do as well as us,” he said. “We get paid for our market knowledge, and our buying power with carriers. But this will change, this will not matter going forward. The big challenge is to monetize the value add.”

Meier stressed that three distinct parties — which he categorized as customers, capacity providers, and solutions providers — need to work together to add value to supply chains. That value could come in the form of technology or process improvement.

To shippers, he said, “technology doesn’t drive anything. Don’t focus on things like blockchain — focus on your business. Have clarity about how you’re competing in the market.”

He also said the past is not too illustrative as a guide for the future. He encouraged all parties to “design a vision of what we think the world will be from our perspective, and don’t take the past too much into consideration because what we thought we knew isn’t valid anymore. We need to develop an understanding about what really drives our business models.”

Fr. Meyer’s Sohn is conscious of the changing winds, whether the threat of well-capitalized digital freight forwarders, software that automates some of the processes from which forwarders have traditionally derived revenue, or ocean carriers seeking to provide some of the same services as forwarders.

“I’m not concerned about the forwarding business model,” he said. “Digitization is here, and the market will change. I think carriers will focus on their equipment, and terminals need to be more organized. But I don’t see most carriers having a focus on customer digitization. This is where the forwarders have their chance — they will be the main drivers. This is the only place where they can survive.”

As it relates directly to the threat of large container lines such as Maersk and CMA CGM building logistics capability outside of port-to-port service, Meier said “it is a threat for forwarders that don’t adapt. It’s a great strategy, but I’m not worried about it.”

He advised carriers to focus on vertical-specific solutions, rather than trying to replicate the established networks of existing large global forwarders. “In the old days, you had multi-user networks, and now we’re moving toward single-user networks. The global market is so fragmented and unbelievably big,” he added, insinuating there was enough room for multiple models to succeed.

Carriers and shippers need to move away from a focus on rates and toward a value focus creation, and in doing so, Meier said the issue of compensation for container lines would resolve itself.

“Freight has an intrinsic value,” he said. “But if it’s not valued with the rate, you will not be able to build robust supply chains.”

When asked about the impact of the International Maritime Organization’s (IMO's) low-sulfur fuel mandate due to go into effect Jan. 1, Meier said that carriers largely lack the ability to provide forwarders clarity on the added costs of complying with the regulation, and thus it’s unclear what fuel surcharges will look like. The complications of geopolitical events on oil supply, such as the attack on Saudi Arabia production facilities over the weekend, only muddy the picture.

“We’ve struggled with IMO as well,” he said. “Carriers trying to make it as transparent as possible. There’s no doubt they have to convey the cost to end customers. The struggle for the forwarder is that if we have three carriers, we cannot work with three models, so we’re developing our own model.”

Meier said the initial indications were that a low-sulfur surcharge would be about $100 per TEU, but that, “now it seems like it could be $200 or $300. The approach for us is that the fuel surcharge should be a pass-through.”