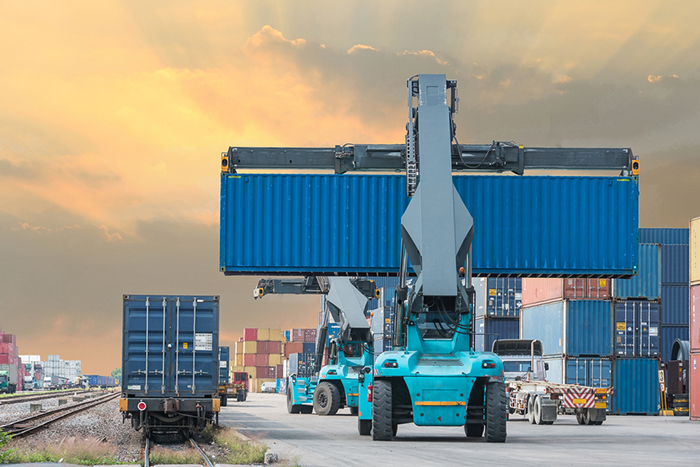 Container Corporation of India, a state-owned intermodal operator, is set to jump into the shipping game as a non-vessel operating common carrier as part of a wider effort to diversify its business.

The expansion into maritime shipping follows on the company’s 2005 entry into the terminal operator business and the company also has its eyes on setting up logistics parks and terminals outside India. Concor has also been providing third-party logistics services like warehousing, refrigerated cargo storage and movement, and air cargo.

“We are keen on getting into shipping...as a non-vessel owning common carrier to start with. That is one of our strategic plans,” V Kalyana Rama, Concor’s director of projects and services who has just been named the company's new chairman and managing director, told IHS Fairplay, a sister product of JOC.com within IHS. “We will have slots on ships. Shipping now is not in good shape. We are in the business of transporting containers, so it is either forward or backward integration.”

Concor has a 15 percent stake in the DP World terminal at Vallarpadam in Cochin Port and a 26 percent stake in APM Terminals facility at Jawaharlal Nehru Port, the country’s biggest container gateway.

With India investing billions in its port infrastructure throughout the country, Concor senses more opportunity.

“Concor has plans to forge strategic partnerships with many of the newly emerging ports as the existing joint ventures with APM Terminals for the third container terminal at JNPT and with DP World for ICTT Vallarpadam have already placed the company in the category of highly successful port terminals operators,” said Rama. “This has opened new possibilities for further expansion in this field.”

The company runs an extensive network of 63 inland container depots and container freight stations in India and plans to add another 12 facilities in the fiscal year starting April 2016.