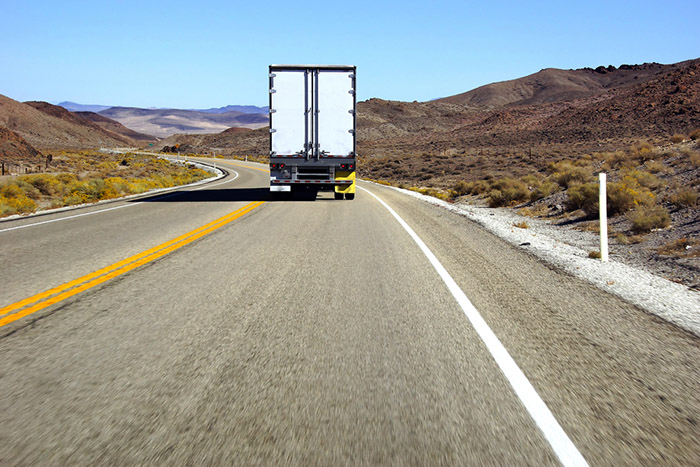 Truckload revenue dropped 10.4 percent despite a 7.5 increase in truckload volume.

Truckload revenue dropped 10.4 percent despite a 7.5 increase in truckload volume, a clear sign that significant cuts in truckload rates, rather than soft demand, were the anchor tied to the 3PL’s earnings. Truckload carriers have reported extreme pressure on pricing since early 2016, with one measure of truckload linehaul rates turning negative in March and still declining.

The Cass Truckload Linehaul Index dropped year-over-year for seven consecutive months through September and the end of the third quarter. The results are evident in weaker earnings of carriers such as Swift Transportation, J.B. Hunt Transport Services, Werner Enterprises, and now C.H. Robinson, which gets 55 percent of net revenue from truckload brokerage.

“We expected a challenging pricing environment in 2016 as shippers focus on reducing their transportation costs,” C.H. Robinson CEO and Chairman John Wiehoff said in a statement Tuesday. The average truckload per mile rate charged by the 3PL, excluding the cost of fuel and fuel surcharges, fell 5.5 percent in the third quarter from a year ago, the company said.

“Price reductions from shippers were greater than price concessions from underlying carriers,” John Larkin, a managing director at Stifel, said in a note to investors. “The company continues to make slow and steady progress in its efforts to diversify away from its historical concentration in the truckload brokerage business,” he said, referring to recent acquisitions overseas. 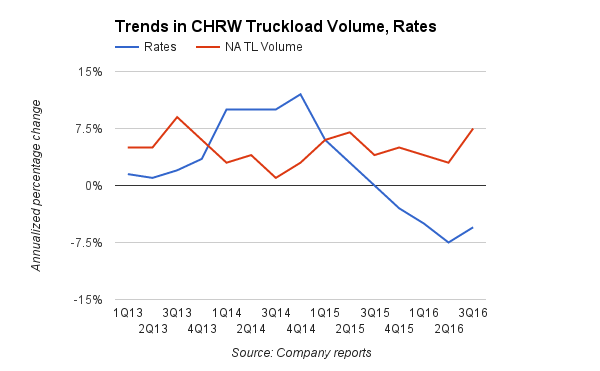 Over the past year, a combination of high US inventories, weak consumer demand, lower fuel prices and surcharges and excess truckload capacity have transferred significant pricing power to shippers who are trying to claw back some of the hefty truckload rate increases they accepted in 2014. Those efforts will pressure brokers as well as truckload carrier margins.

C.H. Robinson tied the drop in ocean forwarding revenue to $56.5 million on the higher cost of capacity and “pressured margins on fixed price business” following the Hanjin Shipping bankruptcy. Wiehoff last month called the bankruptcy a “wake-up call” for shippers. “This reminds people of the sorts of disruption that can happen in a global supply chain,” he said.