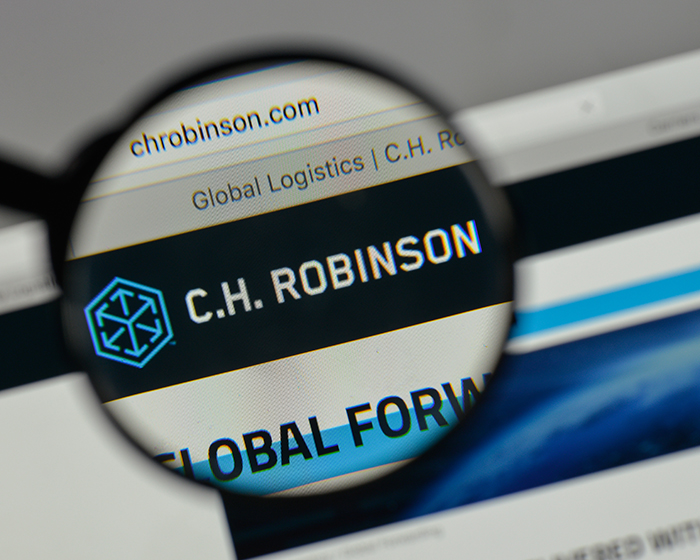 C.H. Robinson saw its revenue increase across all three of its primary transport modes in 2018, with truckload up 17.6 percent, LTL up 15.8 percent, and ocean rising 7.7 percent from the previous year. Photo credit: Shutterstock.com.

The US truckload market has found its new “balance” after a chaotic year, but balanced doesn’t mean cheaper. “We’ve still got an inflationary environment in the trucking business,” Bob Biesterfeld, chief operating officer and soon-to-be CEO of third-party logistics operator C.H. Robinson Worldwide, told JOC.com in a Thursday interview. “Costs are going up, there’s still a shortage of drivers.”

That means continued upward pressure on truckload rates, especially contract rates that rose by high-single to low-double-digits in 2018. “Gross costs per mile are still elevated,” Biesterfeld said. Spot rates have dropped as freight has shifted to the contract side of the market. That may eventually pull contract rate hikes down, but the long-term trajectory of rates is positive.

In its Jan. 30 fourth-quarter earnings call, C.H. Robinson said expectations for truckload contract rate increases had shifted from mid-single-digit gains to flat to low-single-digit rate hikes. But contract rates remain “elevated” compared with a year ago, and volatile demand makes it difficult to plot where exactly spot and contract truck rates will be in three, six or nine months, Biesterfeld said.

“Over time, freight rates tend to go up” and stay there, Biesterfeld. “We find they average about a 3 percent increase a year, over time.” This year, the US freight market will be more balanced in terms of supply and demand, but still busy. “Clearly, inventories were at a higher level in the first quarter, but the economy still appears to be generally strong,” Biesterfeld said.

C.H. Robinson won’t be slowing down either. The largest US 3PL’s gross revenue rose 11.8 percent last year to $16.6 billion, and net transportation revenue jumped 15.5 percent to $2.6 billion. Biesterfeld is taking over the CEO post from Chairman John Wiehoff (who will step down as CEO in May) at a time when the pace of change in logistics demands rapid response.

The transportation landscape — both for asset and non-asset companies — is being transformed by new customer expectations and an explosion in technology that amounts to a digital revolution. Transportation and logistics providers can either harness that technology or find themselves increasingly falling behind competitors and unable to meet customer demands.

“Our customers ask us for help with three things: cost, visibility, and speed,” he said. “It’s an evolving challenge. In an incredibly competitive environment, cost is important. They want visibility into inventory in motion and at rest on a global basis. As a society, we want things on our doorstep as soon as we click a button. That means engineering networks for velocity.”

Continued investment in technology such as C.H. Robinson’s Navisphere platform not only helps the company meet evolving customer needs, but the needs of its employees. “More than 60 percent of our employees are millennials, and that’s changed how we view work,” Biesterfeld said. “What they want from their careers is meaningful work, to make a difference.”

In 2019, “no one gets excited about getting up in the morning and pushing buttons,” he said. “The technology investment is about giving people the ability to do that work and have a meaningful impact. We want to eliminate unnecessary steps in processes so we can remove to improve employee engagement and build meaningful career paths for our people.”

Automating and improving processes also provides value for customers, both carriers and shippers, and greater efficiencies and return on investment provide value to shareholders. “We look at technology investment through three lenses: Our people, our customers, and our carriers, whether a truckload carrier or steamship line,” Biesterfeld said.

“Global forwarding is an area where there’s huge opportunity for us to drive improvement by leveraging technology,” Biesterfeld said. Since 2012, C.H. Robinson has acquired three companies in the forwarding business, starting with Phoenix International and followed by APC Logistics in Australia in 2016 and Milgram & Co. in Canada in 2017.

“That acquisition strategy will continue moving forward,” he said. “We’ll continue to expand our density and geographic footprint.” The company will continue to integrate supply chain data from the global forwarding business and its North American trucking and intermodal data to provide end-to-end supply chain visibility through its Navisphere platform, he said.

“We don’t report sales dollars generated from cross-selling, but we’re very focused on offering a more integrated service to our customers. Our top 500 customers on average use more than three of our core services. Ocean freight, customs, and inland are a common combination,” said Biesterfeld. “We can track a transaction from pickup in Shenzhen to delivery in Cincinnati.”

The prospect for even higher tariffs on $250 million in imports from China on March 1 remain a leading concern for C.H. Robinson’s international customers, he said. The company did see some front-loading of freight in advance of US tariffs on Chinese goods last year.

“Much of our global forwarding business is Trans-Pacific eastbound. It could be that some of the peak was driven by inventory pull-forward to avoid some of the tariffs, but we saw strong ocean volume growth throughout the year. We’re well prepared with our global network to manage that,” said Biesterfeld. “We haven’t seen a great deal of [tariff-related] disruption domestically.”

The domestic freight market has seen the biggest transformation over the past year. “June was the peak of the peak” for truck demand, Biesterfeld said, as surging US economic output collided with a shortfall in capacity. “Sourcing capacity with a rate in line with expectations was as challenging as it’s ever been,” he said. “Shipper budgets were getting destroyed.”

In the second quarter, C.H. Robinson’s its internal measure of capacity, routing guide depths, soar. “The number went from 2.5 in the first quarter to north of 3 in the second quarter,” he said, meaning that shippers had to call more than 3 carriers before a freight tender was accepted. “That number is back down to around 1.4 or 1.5 now,” having slipped since the third quarter.

Two things happened to pull that number down, he said. First, “as soon as freight rates go up, everybody buys more trucks.” Second, “shippers were smart and reset their routing guides. They locked in capacity at higher rates and routing guides started to perform again on a more normal basis, but at higher rates. We saw that throughout the third and fourth quarter.”

The LTL market, where C.H. Robinson has been building a bigger presence since acquiring Freightquote in 2014, is a different story. LTL rates are still rising, perhaps more so than in the truckload market, which is helping to drive more shippers to freight brokers such as C.H. Robinson. The bankruptcy of New England Motor Freight, the 19th largest US LTL carrier, is set to accelerate that trend.

“In LTL, the (freight) mix is clearly changing,” Biesterfeld said. “It’s not just manufacturer-to-manufacturer inventory replenishment anymore. What is LTL? Is it a pallet of boxes or is it my television or a new sofa? The consumer is redefining what LTL is in many cases. It brings us to a different future for what LTL really looks like.”