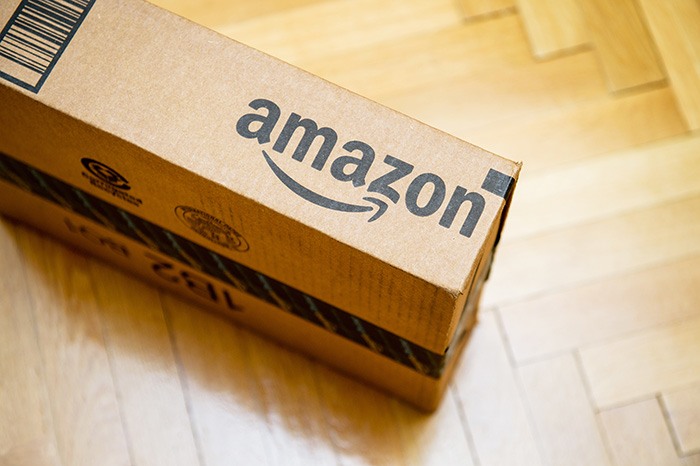 BCOs who spoke with JOC.com were intrigued by the potential innovation Amazon could bring to the NVO market but also wary of potential issues with carrier diversification. Photo credit: Shutterstock.com.

For Amazon to truly grow its non-vessel-operating common carrier (NVO) business, the e-commerce giant will need buy-in from midsized to large beneficial cargo owners (BCOs) beyond its own marketplace sellers. But shippers who spoke with JOC.com don’t yet consider Amazon’s ocean freight logistics service an attractive opportunity or a threat.

The success of any NVO begins and ends with shippers, but there are legitimate, and thus far unanswered, questions about whether sizable shippers will be wary of working with Amazon given the company’s status as both service provider and competitor.

For Amazon, its shipper customers come in an almost incalculable number of shapes and sizes — from tiny overseas sellers looking for a conduit to US online shoppers to large, multinational BCOs that move hundreds of thousands of TEU annually and everything in between. To become a powerhouse NVO, Amazon will at some point need to convince shippers on the larger end of that spectrum to utilize those services.

Among a group of large shippers that spoke with JOC.com, opinions about the potential lure of Amazon’s NVO business similarly ran the gamut. Largely unmoved by the idea of Amazon as an ocean freight service provider, most were intrigued by the possibility that given its history and considerable resources, Amazon would bring much needed innovation to the NVO market, but they were also conscious that the company’s size could pose a problem when it comes to carrier diversification.

“I’m indifferent,” said one shipper in the automotive industry. “Meaning, I don’t have a reason why I would not use them but also don’t have an excitement to use them. I don’t think Amazon as an NVO is going to provide a strategic advantage over another NVO,” the shipper said, noting that one of Amazon’s e-commerce rivals, online home furnishings retailer Wayfair, has similarly attained an NVO license.

“[Amazon] has a ton of buying power, and they’re able to drive down the numbers, and they have a history of losing money on a product for a while to gain market share,” the shipper said. “With an NVO, that’s the bottom line: price. There is a not a ton of value-add by using an NVO.”

A shipper of beauty products told JOC.com it would “not be inclined to use Amazon as an NVO or forwarder. There are other options available to us, including direct contracting and order management providers, that can service the broader needs of our supply chain.”

A shipper of electronics said Amazon’s value wouldn’t necessarily appeal to large BCOs in the short term, as many of those companies have enough volume to negotiate directly with ocean carriers. “The value that Amazon can bring is to smaller, mid-tier shippers that book through forwarders and NVOs. I do think that Amazon can create much needed change and challenge ... ocean products’ antiquated technology and ways of operating.”

A footwear shipper, meanwhile, said that while there was some allure to the possibilities of what Amazon could offer in terms of innovation, BCOs tend to be more concerned with basic considerations around cost and carrier selection.

“I would be curious to see what they offer from both a cost and technology perspective,” the shipper said. “My experience based on our volume is that NVOs tend to struggle competing on the cost when going up direct against the ocean carriers for key lanes. A secondary concern that I have with any NVO is carrier and route selection. With the current challenges, I find it is best to know who is ultimately carrying your cargo and their strengths/weaknesses.”

One going theory about Amazon as an NVO is that it could use proprietary information about its customers’ shipments to effectively reverse engineer those customers’ supply chains. But the shippers who spoke to JOC.com said they are mostly unconcerned about the threat Amazon poses as a potential usurper of their businesses.

“Amazon will never see or touch the product,” one shipper said. “That is a huge misconception. We’ve had potential vendors cautious of that. My retort: ‘If we wanted to do that, couldn’t we just buy it from the store shelves?’ It’s all ‘paper’ pushing with an NVO. They make bookings and file docs. They never physically see or touch the merchandise. Anyone with that concern is most likely wearing a tin foil hat.”

The shipper noted that any entity that wanted to reverse engineer the production location or supplier of a product could do so with a little legwork. “First, I figure out the HTS it was being imported under. Not easy, but if you know how to classify items, you can probably get pretty close. Then, I would run some reporting on imports to see where that HTS is being imported from. With most countries it’s pretty easy; things are produced regionally. Electronics in Shenzhen, industrial goods in Chengdu, etc. If you have good contacts in a country, you can pretty much find out where everything is produced.”

On the flip side, much of Amazon’s allure as a potential logistics provider lies in its ability to take that same proprietary information and use its substantial technology resources to drive efficiencies in shipper supply chains.

Perhaps a bigger question, however, is whether shippers would be comfortable concentrating their freight with entities that increasingly want to handle more of their end-to-end supply chains. That includes not just e-commerce retailers wanting to build a closed freight network, but also ocean carriers such as Maersk Line and CMA CGM that are aiming to become more full-service logistics integrators themselves.

“I don't think there’s even a remote chance Apple, [Procter & Gamble], etc. are going to use Amazon as their forwarder,” Cory Margand, CEO of the freight marketplace Simpliship and a former logistics manager with Adidas and Rockport, said in a January LinkedIn discussion about Amazon’s viability as an NVO.

“The only reason you would not use Amazon’s NVO service is if you’re a direct competitor with them, so Target, Walmart, Wayfair,” the automotive shipper said. “They are going to compete on price with most companies. For the small Fulfillment by Amazon [FBA] vendors, there is a value-add. For everyone else, they are no different than any other NVO, unless you are a competitor. But, you have to be really big to be their competitor. Then again, everyone is in some way a competitor with Amazon.”

Regardless of the size of the BCO, any inclination toward using Amazon as an NVO will be tempered by the reality that Amazon is itself a shipper, and those competitive tensions color any relationship a company has with it. For instance, a number of publicly traded US freight companies have stated in early 2018 that they have lost business, or expect to, as a result of Amazon taking management of its freight in house.

“After they have got all their own sellers’ volume on, and maybe label it as FaaS — freight as a service — then their advantage would be that so much more retail could be selling through Amazon. Then, by default, volume currently moving with other forwarders will fall into their net.”

It’s possible, for example, that Amazon will eventually end up selling two-thirds of televisions in the US, Parker said. “Like with AWS [Amazon Web Services], through sheer volume and business ethos they get the lowest price and exist for years on razor-thin margins, so now people can’t ignore their price point for freight.”

And Amazon might already have a refined, multi-tier strategy for clawing ocean business away from partners, one designed to potentially shift container economics decidedly in its favor. A freight forwarder told JOC.com that Amazon could entice sellers to use its NVO services by offering preferential inventory placement. Sellers using the FBA program are currently at the mercy of where Amazon wants that inventory placed.

“This can mean splitting a shipment into various deliveries to a number of fulfillment centers after arrival here in the US,” the forwarder said. “You can pay for the placement program [i.e., where the seller wants the inventory placed], but imagine if Amazon can offer you free placement of your inventory in a single fulfillment center as long as you ship with their NVO.”

There’s also the potential for Amazon to offer more relaxed receiving requirements. “Right now, sellers pay 3PLs [third-party logisitics providers] to rework the cargo to Amazon specifications prior to delivery to an Amazon [fulfillment center]. I don’t know this for a fact, but I could see another benefit being reduced likelihood of rejected receiving based on requirements.”

Those inducements would serve a purpose. If Amazon could lure enough volume, it could create a situation where its NVO business has enough baseload cargo from paying shippers to subsidize its own less-than-containerload (LCL) freight, primarily comprising its AmazonBasics products.

“The FCL [full containerload] side is all about buying power, of course,” the forwarder said.

Permalink Submitted by engineer_326@ya... on Feb 26, 2019 1:15PM EST
There's direct and indirect value-add (or, perhaps, value-saved). The more carriers with whom you have a relationship, the more LSP manager activities you have to do. An NVO, at the very least, provides indirect value of taking some of those activities off your hands. To me, the question is more, how much service would I really get from Amazon? They're probably not going to go out of their way to do anything for me as a shipper that they aren't already doing for themselves. And, as usual, will Amazon's own vendors survive under their crushing weight of "do this cheaper" to the point those vendors collapse or say, "It's not worth it?"
International Logistics›Logistics Providers
North America›United States