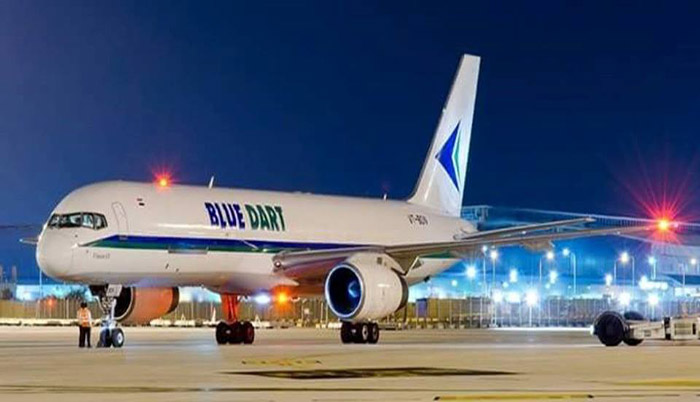 Total income from operations during the July-September quarter reached $100.3 million, up 12 percent from $89.6 million in the same quarter last year.

Despite a sharp increase in sales, Blue Dart’s operating expenses during the second quarter grew by a mere 5 percent and this can be attributed to significant fuel cost savings

The company saw its net income soar 53 percent during April-September, the first fiscal half, from a year earlier to $15.3 million, on revenue that increased 14.5 percent year-over-year to $196 million. Its first-half operating profit jumped 49.6 percent to $23.1 million, the earnings release said.

Blue Dart currently has a fleet of five Boeing freighters, and covers nearly 35,000 locations in India.  The company also has warehouses at 72 locations across the country, as well as bonded warehousing facilities at Ahmedabad, Bangalore, Chennai, Delhi, Mumbai, Kolkata and Hyderabad.

To tap into rapidly growing online retail business in the country, Blue Dart earlier this month opened a “delivery lock center” at Gurgaon, near Delhi.

“With the Indian e-tailing industry expected to grow at 52 percent from 2014 to 2020, the express cargo sector has been witnessing phenomenal demand from across India. The parcel locker will allow recipients of parcels to collect their shipments from the facility 24 hours a day,” the company said in a separate statement.