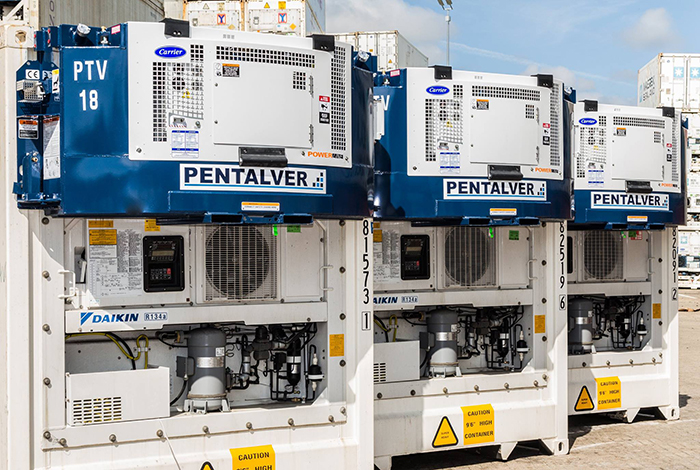 In addition to trucking and terminal services, Pentalver is a seller of new and used shipping containers.

The 87-million-pound ($112 million) deal ends the company’s European inland transport operations as it focuses on boosting profits at its container terminal business, which is facing slow market growth.

Pentalver operates off-dock container terminals at the ports of Felixstowe, Southampton, London Gateway, and Tilbury, and an inland terminal in Cannock, in the UK Midlands, close to many of the country’s largest distribution hubs.

The company, which Maersk acquired in 1995, also has a fleet of more than 150 trucks providing a daily service between Cannock and container terminals in Felixstowe and Southampton.

Southampton-based Pentalver, which has a 600-strong payroll, also provides container maintenance and repair services and is one of the biggest sellers of new and used containers in the United Kingdom.

“Pentalver’s operations are complementary to those of G&W’s Freightliner service, which is the largest provider of maritime container transportation by rail in the United Kingdom,” G&W said.

Global Shipping Outlook: A Sneak Peek at 2021
Port Performance North America: Managing Cargo Flow During a Pandemic — and Beyond
END_OF_DOCUMENT_TOKEN_TO_BE_REPLACED