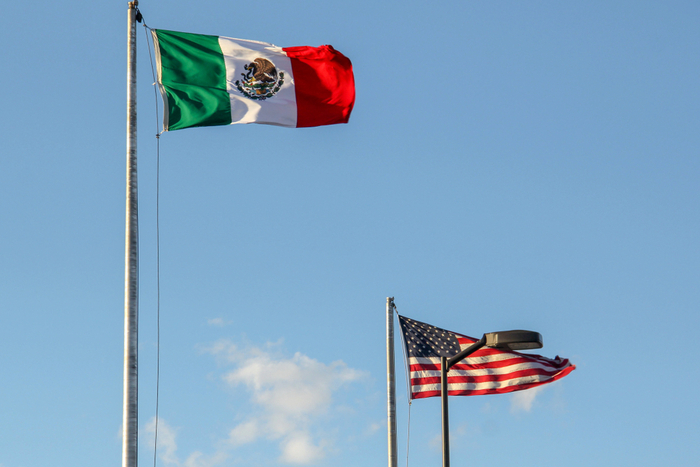 “Our customers want the ability to slow or speed their supply chains, store goods at transshipment points, and to shift cargo quickly from ocean to rail or truck, and vice versa,” Loboda said. In response, Maersk extended its Accelerate service, launched last year in Los Angeles, to the Port of Lázaro Cárdenas in Mexico, and three other international ports.

The initial goal was to slow the flow of goods through supply chains impacted by business closures, not just in Mexico, but the rest of North America and other markets, by temporarily storing them. As businesses reopen, the emphasis is now on expediting shipments from ports to inland destinations, and speeding exports to ports or the US border, Loboda said.

Maersk, which serves five Mexican ports, hasn’t seen much change in which Mexican ports customers use to import or export goods, she said. Mexico’s geography and inland transportation network makes switching ports difficult. Containerized cargo at Mexico’s Gulf Coast and Pacific Coast ports was down 7.8 percent year over year in the first quarter, according to Mexico’s Secretariat of Communications and Transport.

“It will be interesting to see what the May, June, and July numbers show,” she said.

Mexico’s economy absorbed several blows in March, April, and May, Carlos Pasqual, senior vice president of Global Energy & International Affairs at IHS Markit, the parent company of JOC.com, told the panel. “Mexico is going through three crises at the same time: The COVID-19 pandemic, the US and Mexican recession, and the collapse of oil prices,” Pasqual said.

“We’ve seen impacts throughout the economy,” he said. “We’re probably seeing a bit of a recovery already, but industrial activity was down 29 percent in April year over year,” Pasqual said, citing information from Mexico’s National Institute of Statistics and Geography. Construction and manufacturing activity dropped 38 and 35 percent, respectively, in April. IHS Markit expects Mexico’s gross domestic product to contract 10.7 to 10.8 percent this year, he said.

Additionally, the pandemic in Mexico has yet to peak, Pasqual said. Data from Johns Hopkins University showed Mexico had confirmed more than 191,000 cases of the coronavirus disease 2019 (COVID-19) and nearly 23,400 deaths as of June 24. That, along with the continuing spread of COVID-19 in the United States, makes jump-starting Mexico’s economy more difficult.

USMCA on its way, but overshadowed

The economic ruin is overshadowing the implementation of the United States-Mexico-Canada Agreement, or USMCA, which will replace the 1994 North American Free Trade Agreement July 1. “This should be a wonderful moment for North America,” said Patrick Ottensmeyer, president and CEO of Kansas City Southern Railway (KCS). “We’ve removed a cloud of uncertainty.”

The agreement “creates years of certainty in the investment and trade climate” for Mexico as well as the United States and Canada, Ottensmeyer said. “I do believe we’ve removed that impediment to investment. There were many moments along the rollercoaster ride of negotiating a new agreement that many of us said 'it’s not going to happen,'” he said.

But companies likely aren’t focused on the opportunities the agreement creates as they deal with issues of survival in the midst of the pandemic and recession. The total value of US-Mexico cross-border freight dropped 42.8 percent year over year in April, totaling $20.8 billion, the US Bureau of Transportation Statistics said Wednesday. Rail freight dropped 67.3 percent.

KCS has not seen any significant delays or problems at the US-Mexican border, and “the fact that volumes have been declining quite rapidly is a factor,” Ottensmeyer said. He also pointed to improvements KCS has made in technology and processes meant to speed cross-border freight, including closer links to US and Mexican Customs and international train crews.

“We think that will create significant additional capacity,” by allowing more trains to cross the border faster, “and clearer data will make it easier to move freight,” he said.

The important thing, Ottensmeyer said, is to not lose sight of the USMCA. “The most important lesson we have learned is that we need to better align policies and practices among the governments,” he said. That’s become even clearer during the pandemic, when “highly efficient North American supply chains have struggled because of misalignment of government policies.”

Ottensmeyer noted that many US automakers reopened plants before Mexican suppliers, thanks to the different progress of the disease in the US and Mexico, let alone within the States. Communications breakdowns are partly to blame. “We need to strengthen the dialogue between the public and private sectors and take advantage of the opportunities that lie ahead,” he said.

As the US elections approach, bringing more uncertainty about trade policy, “this is a key period for business leaders on both sides of the US-Mexico border and in Canada as well to engage with one another,” said Pasqual, a former US ambassador to Mexico under President Barack Obama. “Stronger business-to-business ties in all three countries [are needed].”

Ottensmeyer takes a long view of the benefits shippers will see from the agreement. “Our customers are looking to ‘de-risk’ the supply chain, not only because of long transit times from Asia, but because of the strained US-China relationship,” he said. “Mexico should be a logical and attractive market.”

Global Shipping Outlook: A Sneak Peek at 2021
Port Performance North America: Managing Cargo Flow During a Pandemic — and Beyond
END_OF_DOCUMENT_TOKEN_TO_BE_REPLACED