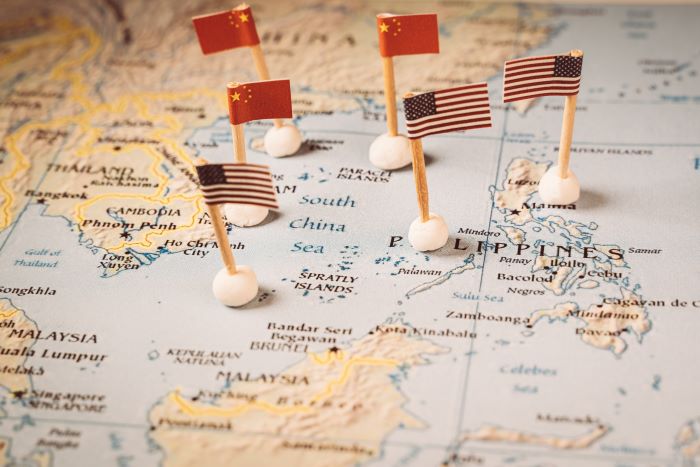 While the world is focused on the war in Ukraine, a “specter of risk” exists in how the US and China manage their relationship, says S&P Vice Chairman Daniel Yergin. Photo credit: Shutterstock.com.

JOC: What are the big narratives you are seeing right now affecting containerized supply chains?

Yergin: Three things are really dominating right now. One is the COVID shutdown in China and the disruptions that's causing in global trade and in terms of economic activity in China. The second is the fact that the central banks have gotten religion — the religion of inflation-fighting. They're preoccupied with why they missed inflation last year, and now they're reiterating again and again that there are no half measures here. They're really going to come down hard in terms of raising interest rates, which slows economies and are likely to cause recessions. Certainly, Europe is already heading into a recession because of the economic turmoil that has come from the energy crisis in Europe and the Ukraine war.

JOC: And the third thing?

Yergin: And the third thing is that globalization is under pressure. It's being fragmented in many different ways. Look at the two big pieces of legislation that have passed through the US Congress and signed by the President — Infrastructure and the so-called Inflation Reduction Act. A lot of that is about reshoring and reducing dependence on China. It could be called a sort of “China Competition Act.” All of these three things will be pressures that container shipping will feel. Some of it is short term, some of it is cyclical, and some of it reflects a change in the nature of the global economy.

JOC: Given that 40 percent of all US containerized imports come from China, are you concerned about the impact US-China relations and geopolitical tensions have on supply chains?

Yergin: Yes, most major companies are rethinking their supply chain strategies. The whole really amazing global supply chain network that was built during the 1990s and the 2000s was based upon efficiency and managing costs. Now there's another dimension, which is resilience and security. And there’s a political factor as well. As an example, I was talking (recently) with the CEO of a major apparel brand and his firm is consciously scaling back on China as they think about political risk in a way that was not on the agenda even a few years ago. Companies are looking to diversify. But it's not something that happens overnight. It's pretty darn complicated. The one country that should be a huge winner here is Mexico, but the policies of the current Mexican government are not inviting of foreign investment. Otherwise, Mexico would be a big beneficiary right now, which would of course affect shipping. If this was the previous administration in Mexico, you'd see a lot of investment pouring into Mexico.

JOC: So in other words, we’re really seeing some big-picture changes under way right now.

Yergin: What I describe in The New Map is how we have moved from what I call the “WTO Consensus,” which was that we're all in this together and we all 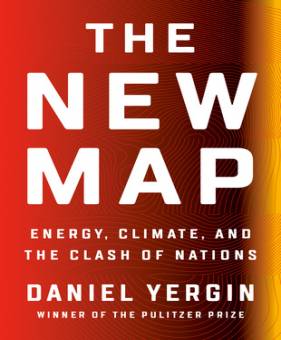 benefit from globalization, to this new era of great power competition. The divisions are getting sharper. It’s reflected in this new US legislation, and it's certainly reflected in how the two militaries are planning. In the new edition of (the book), I included a new chapter called “The Four Ghosts Who Haunt the South China Sea.” For anyone involved in global shipping, it’s a very relevant chapter. The South China Sea is an incredibly important avenue for world trade, but it also happens to be where there's a fundamental disagreement. In transiting those waters, are you benefitting from freedom of seas or are you going through Chinese territory? You have US and Chinese military ships that have come close to collision there. And then you have the question of Taiwan. President Xi is saying this is not an issue that can be left to future generations. So while the world is focused now on the war in Ukraine and all of the unexpected and difficult consequences that flow from it, there's this entire other specter of risk and the need to manage the relationship between the US and China. It’s getting harder given the degree of polarization we’re seeing. Companies are having to navigate this very carefully going forward, particularly if they're in a sensitive sector such as semiconductors or other technologies.

JOC: What do you see as the main impacts from a trade point of view so far of Russia’s war on Ukraine?

Yergin: It’s evident in terms of energy prices of course, especially in Europe, with all the effects that flow from that. It’s also evident in terms of food in that Ukraine, as well as Russia, is a major exporter of grains as well as sunflower oil. If you talk, as I've done, to ministers of countries such as Egypt, which depends on Russia and Ukraine for 80 percent of their grain, this is a huge problem. Russia has been integrating for more than two decades into the global economy. That's been cancelled now by Putin’s decision to go to war. As a result, there’s a closing off of Russia’s integration into the global economy and instead Russia will be heavily reorienting towards China. The result could well be that Russia ends up almost a dependency of China. In terms of Russia’s energy exports, the war in Ukraine doesn't directly affect container shipping to any significant degree. But it’s a sign of the further partitioning and fragmentation of the global economy, which had emerged out of the collapse of the Soviet Union more than three decades ago.

JOC: Where do you see oil prices headed?

Yergin: People often say Saudi Arabia is the “Central Bank of Oil.” But the Central Bank of Oil right now is the (US) Federal Reserve. The upward march of interest rates in terms of repressing economic activity and the expectation of recession are very much figuring into oil prices right now. Interest rates go up, and the oil price goes down. Of course, what's also happened is that demand is lower than it would otherwise be because of the lockdowns in China. And when China comes out of its COVID lockdowns, that would create upward pressure on oil prices. But right now, slowing economies and higher interest rates dominate.

JOC: Are there potential shocks that could change that calculus?

Yergin: Oil prices have really come down. They're lower now at this particular moment than before the war began. But there are also new disruptions coming. At the beginning of December, Europe is banning imported Russian crude oil and they've also put a ban on insurance and shipping services. The US government is looking at that and saying, “This is going to actually create an oil shock and drive prices way up because it would mean that Russia would not be able to export oil to India and other countries.” There will be a big hole in the market, which will send prices up. Right now, India is a huge customer of Russian oil — 20 percent of its total oil. Where else would India get its oil? In other words, the European legislation could take a big chunk out of the world oil market. The result is that the US government is promoting, and it's been accepted by the G7, to put a price cap mechanism on Russian oil in order to keep it flowing but to reduce Russian oil revenues. Putin has made clear already that he's not going to take this sitting down. He may just cut back on supply and send prices up again. Shipping companies should be prepared for a lot of volatility and should be watching what happens with the Fed and the global economy. But (they should be) also alert to what happens with geopolitics related to the war. And those will be counter forces working against each other in terms of price.

JOC: How are the forces you are describing impacting the energy transition?

Yergin: The energy transition is under pressure because the economic crisis is so severe in Europe, and that's going be a huge factor. Typically, Europe spends about $100 or $150 billion a year on wholesale electricity. Now it could be over a trillion dollars. We've seen in recent weeks the oil equivalent (of) natural gas in Europe selling for $590 to $600 for a barrel, although the price has since come down. This is a big hit to the European economy. And that's going to obviously affect world trade because it means that money that consumers in Europe might be spending on goods that are being imported will be used instead to try to pay their utility bills this winter.

JOC: And ultimately that holds back the energy transition.

Yergin: All of this I think makes the energy transition more difficult. It makes it a bumpier road. Energy security, which had fallen off the table, is much more back on the agenda now. Countries are going to worry about resilience. To give you an example, the German economics minister, who is a leader of the Green Party, is now saying there's no black and white on energy. There are only shades of grey. And the new British Prime Minister (Liz Truss) is saying they’re going to give out more licenses for production of oil and gas from the North Sea. And we've seen the shift from the Biden administration, which initially was not interested at all in the oil and gas industry but is now encouraging the oil and gas industry to produce more supply. In an $88 or $90 trillion world economy, a 100 percent transition is very difficult.

JOC: How does this energy transition compare with others?

Yergin: One of the things I did look very carefully at in The New Map is all of the earlier energy transitions. They’re totally different from what is being sought today. They unfolded over a century and the old energy didn't go away. In fact, it increased as well. But now you're trying to do something that's never been done before and that is much more challenging. One reason, which I wrote about in The New Map, is that there is emerging a north-south divide on the energy transition, between developed and developing nations. Developing countries see the need for more oil and natural gas to support economic growth. They are at a very different economic stage. Belgium, home of the European Union and at the forefront of energy transition, has a per capita income 20 times that of India. India is building a $60 billion natural gas transmission system, as well as expanding renewables. In short, there's going to be more focus on energy security. That may indeed affect the timing of the energy transition. What we’re now seeing is the probability that the energy transition is rockier than people may have assumed a year or two ago.