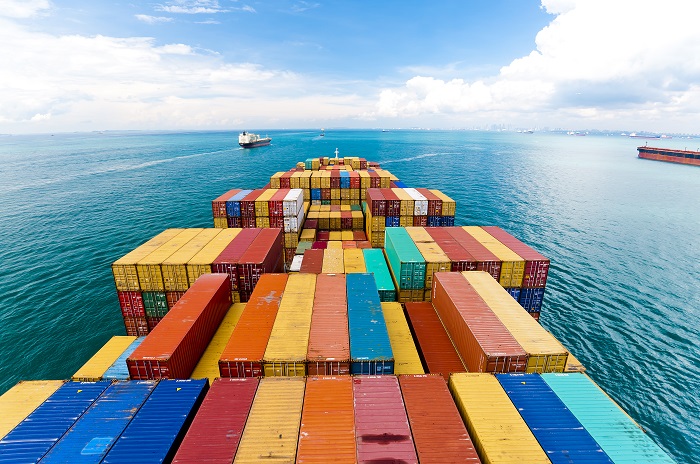 A container ship heads out to sea. (Photo credit: Shutterstock.)

INTTRA, the booking and documentation portal, has added Evergreen Marine to its customer list — which now includes all 10 of the biggest carriers — after a 12 percent growth in 2017 that the company says shows the industry’s growing embrace of digitalization.

Yet it is perhaps the addition of several smaller carriers — among them Namsung Shipping, Unifeeder, and Antillean Marine Shipping — that may be the most significant, Inna Kuznetsova, president/COO said, because it reflects the realization even among smaller industry players that digitalization is now a necessity, not a choice.

“The fact that we have a lot of smaller carriers joining really highlights the digitalization success in the market,” said Kuznetsova. “Because it demonstrates that the trend goes well beyond the top players, and the fact that going digital, providing portal based customer service, becomes more and more important for even smaller carriers in the market as a de facto standard.”

INTTRA says it now has 60 carriers among its customers, and processed 45 million containers in 2017, which the company says accounted for somewhere over one-quarter of all container movements in the world.

Evergreen was persuaded to use INTTRA by “customers who are increasingly consolidating their business on the platform and would like to avoid one-on-one connections with all the expenses and hassle of maintaining them,” Kuznetsova said, referring to direct carrier to customer relationships rather than those going through the portal.

“Digitization allows small carriers to leap frog in terms of customer service,” Kuznetsova said. “When we talk about the smaller carrier space, being able to stand out in the level of customer service is very important. And being able to provide the service digitally the way most of the global shippers require today makes them a very attractive vendor.”

She cited the example of INTTRA’s push into signing up carriers in Asia, which had been slow to embrace the portal in the past, by creating a special “carrier team” to work the region.

“We recognized that Asia was later to the market than some of the European and American customers because of the low cost of labor in the industry and in the region,” which made manual processing still viable, she said.

“In 2017, we started seeing the cost of labor in the region going up and carriers and shippers alike, as a result of it, thinking more and more about replacing their outdated manual models with digital models,” she said. “So to help them with that adoption, we created the carrier account management team in Asia and empowered them to reach out to carriers.”