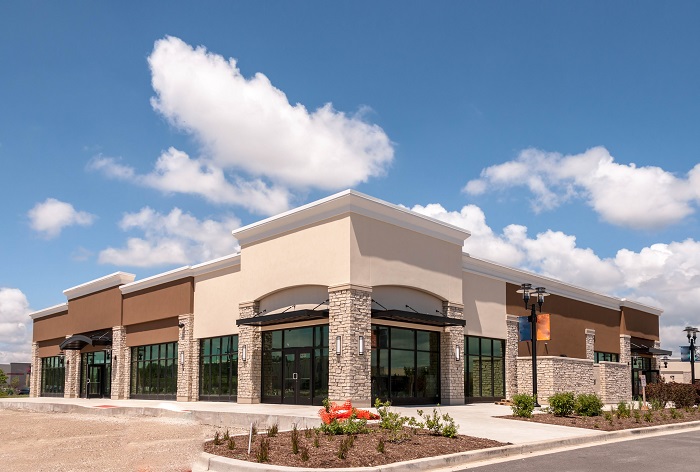 The availability and cost of quality distribution space in 2018 should almost mirror 2017. Photo credit: Shutterstock.

The availability and cost of quality distribution space in 2018 should be almost a mirror image of conditions in 2017. That is good news for owners and lessors of warehouse and distribution space, but beneficial cargo owners (BCOs) should anticipate tight supply and rising rents in the coming year.

Customer activity in the third quarter of 2017 was at its highest level since 2014, according to the Prologis Industrial Business Indicator. “Continued demand and developer discipline kept the vacancy rate at an historically low level,” the report stated. Nationwide, the vacancy rate for industrial properties was 4.6 percent, but in seaport-dependent regions such as Seattle-Tacoma, the San Francisco Bay area, Los Angeles-Long Beach, and northern and central New Jersey, BCOs are encountering even lower vacancy rates.

Although demand for e-commerce's “last-mile” warehouse space has grabbed much of the attention in recent years, the real headline news in 2017 and 2018 is that demand for industrial space is broad-based. Customer demand for distribution space in the retail, transportation, and wholesale sectors is also strong, Prologis stated in its third-quarter market review.

In the best case scenario for 2018, industrial real estate developers anticipate another year of low vacancy rates, with demand at or slightly exceeding supply and continued mid-single-digit rent increases. A more moderate forecast calls for new supply to slightly exceed demand, which would mean more-moderate rent increases. The worst-case scenario is for declining demand from brick-and-mortar retailers dragging down the entire industrial market a bit. Although demand for industrial space will probably moderate somewhat in 2018, no one describes current and near-term conditions as a bubble.

CBRE’s third-quarter report stated that 33 markets in the United States recorded a decline in availability, 24 recorded increases, and 8 markets recorded no change in availability. However, the gap between delivery of new industrial space and absorption of space began to narrow in late 2017. In the fourth quarter of 2016, the gap between completions and net absorption nationwide was 117 million square feet, but in the fourth quarter of 2017, the gap narrowed to only 19 million square feet.

“With the supply pipeline expected to remain flush for the next few years, the demand-supply gap will likely continue to even out,” CBRE stated. Therefore, the availability rate for industrial space will “tick up gradually as new supply comes online,” the report stated.

Although the supply-demand equation for industrial space remains tilted in favor of developers and landlords, a corner was turned in the second quarter of 2017 when total net absorption lagged new deliveries for the first time in seven years, according to the first half of 2017 investment outlook report by Jones Lang LaSalle (JLL). “It should be noted that this is not a sign of weakening market conditions, but can largely be attributed to the lack of quality vacant space left in the market to absorb, coupled with a decline in the average size of lease transactions,” JLL stated. E-commerce and logistics and distribution continue to be the main drivers in the market.

Strong demand and  tight market conditions were present nationwide throughout 2017, and those conditions are expected to continue well into 2018. JLL said that nationwide rents last year inched up 6.6 percent to $5.35 per square foot. As rents continue to rise, especially in the land-constrained seaport locations, demand is increasing in secondary and tertiary markets, a trend that is expected to continue in 2018.

However, although rent figures into the total cost of distribution and logistics services, it accounts only for about 5 percent of total supply chain costs, according to Prologis. The much larger percentages are taken up by transportation, labor, and inventory carrying costs. Therefore, when quality industrial space is available in primary markets, many retailers and BCOs will opt for the close-in location, despite the higher rents.

Foreign investors, which were largely “sitting on the sidelines” in 2016, re-entered the US market last year, with Canadian and Chinese investors being the most active sources of foreign capital, JLL stated. Of note are the markets the foreign investors are targeting. “Once only targeting core markets, a shift in sophistication and savviness has spurred an increased focus on highly specialized, function-based [such as last-mile, infill, cold storage, etc.] portfolios,” JLL stated.

Although space remains tight and rents continue to rise during the prolonged recovery from the 2009 economic recession, the question remains how mature into the growth cycle the industry is, JLL stated. The reported cited several concerns. Investors have been scrutinizing the market more closely since new supply exceeded net absorption in the second quarter of 2017 for the first time in seven years. That concern must be weighed against the lack of quality vacant space remaining in the market, as well as the recent reduction in average lease transaction size.

Bankruptcies, store closures, and mergers and acquisitions in the retail sector have raised concerns among investors, and an acceleration of this trend could moderate further investments in industrial property.

With investors moving into riskier projects such as multi-story mezzanine facilities, food processing plants, cold-storage, and urban infill projects, these investors could be more susceptible to downside risk if demand does not materialize for these specialized facilities, or in the event of an economic downturn, JLL stated.

It is a great article on the

Permalink Submitted by zainab.nasser@k... on Dec 26, 2017 9:53AM EST
It is a great article on the warehousing market. However, it would also be interesting to know more about the demand and availability of bonded warehousing space. Thanks, Zainab