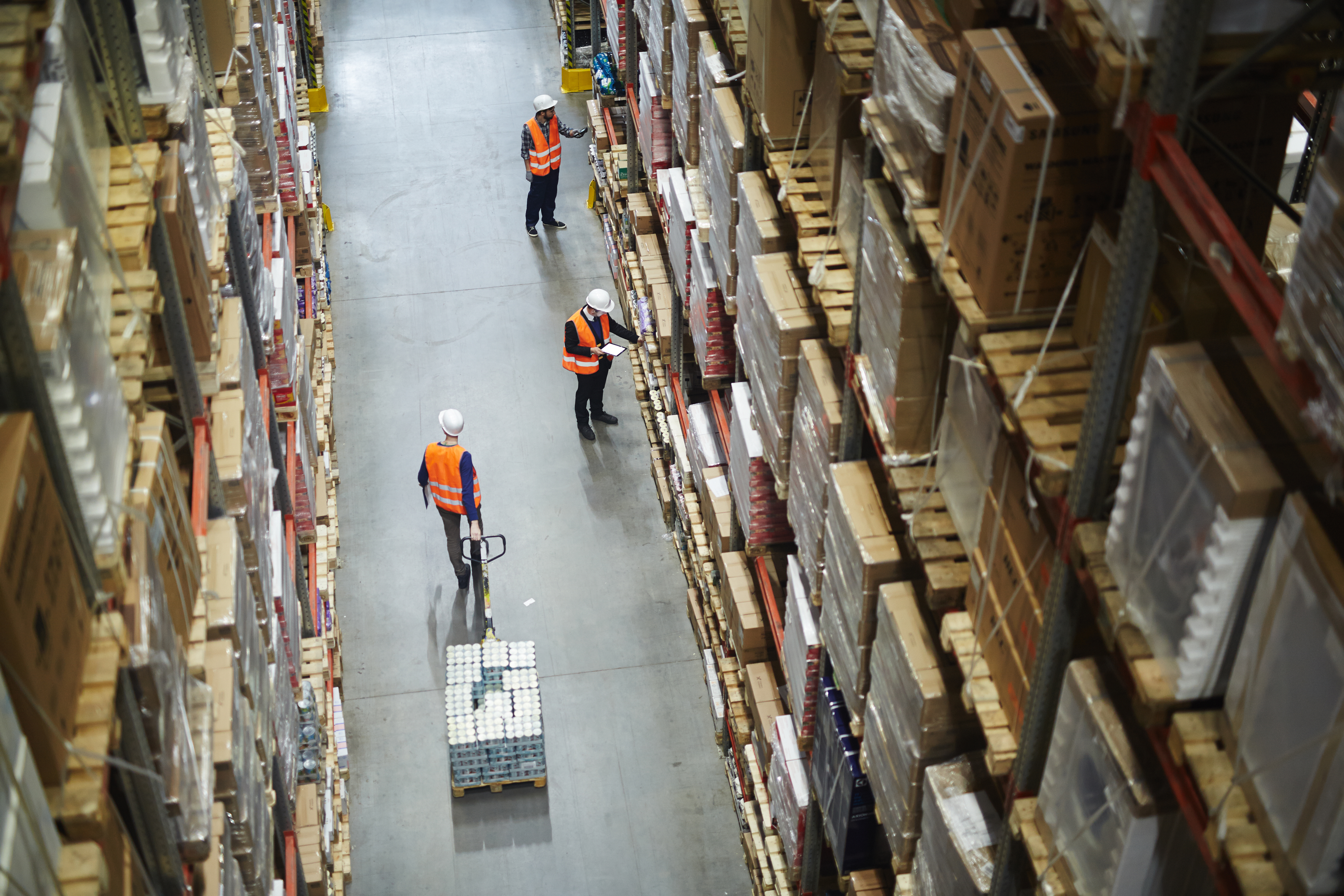 After 34 quarters in which availability rates declined, the rate fell by a “modest” amount and the change was “essentially flat” in the first quarter of 2019, according to a new report by CBRE. Photo credit: Shutterstock.com.

Average rents for US industrial space rose for the 21st straight quarter in the first three months of 2019, but the proportion of available space versus total buildout is flattening. That suggests shippers and third-party logistics operators may be slowing down their distribution centers and warehousing expansions.

After 34 quarters in which availability rates declined, the rate fell by a “modest” amount and the change was “essentially flat” in the first quarter of 2019, according to a new report by CBRE. The availability rate stood at 7 percent, the same rate as in the fourth quarter of 2018 and the lowest rate since the year 2000, the report said. That was down from 7.3 percent in the first quarter in 2018, the report said.

“Going forward, a strong supply pipeline will narrow the demand-supply gap,” the report said, adding that “availability rate declines will likely flatten out over the near term.”

If that scenario plays out, that would be a course change from late 2018 expectations from industrial real estate firms that the expansion this year would mirror that of last year, in which vacancy rates stayed low, average rents rose, and buildout continued apace.

The vacancy rate declined from 5.1 percent in the first quarter of 2018 to 5 percent in the first quarter of this year, according to the report. Vacancy rates measure the space that could be leased now. Availability rates are often higher because they include space that can’t be used now because it is not yet vacant but is being marketed because it will soon be available.

Newmark Knight Frank found that while demand for space was high in the first quarter of 2019, “net absorption declined compared with one year earlier.” In other words, the amount of space absorbed by the market — 36.7 million square feet — fell short of the 41.5 million square feet completed in the quarter.

CBRE said the two are more in balance, however, with net absorption of 32 million square feet across 55 markets in the first quarter of 2019, with space completed in the quarter in the same markets standing at 33 million square feet. An expected rise in the amount of space taken over the rest of the year should leave the availability rate flat, said Richard Barkham, CBRE global chief economist.

“We expected a tepid start to the year, due in part to a weaker global economy and stock market turbulence at the end of last year,” he said. “But the overall picture is a nicely balanced industrial sector, with demand and supply broadly in line.”

That demand has been driven in recent years by the competing demands for warehouse space from e-commerce retailers and logistics providers and shippers handling rising cargo volumes. Newmark Knight Frank predicts that e-commerce and third-party logistics providers will continue to expand in markets that “serve as international trade and distribution hubs and that are near large seaports or growing metropolitan areas.”

“Over the past several quarters, supply chain and third-party logistics providers were behind the majority of large lease transactions signed throughout the national industrial market,” the report said. “These industries will continue to seek space in gateway markets to manage expanding global trade flows and the increase in e-commerce.”

Global Shipping Outlook: A Sneak Peek at 2021
Port Performance North America: Managing Cargo Flow During a Pandemic — and Beyond
END_OF_DOCUMENT_TOKEN_TO_BE_REPLACED