US distribution and warehouse space scarcer and pricier

US distribution and warehouse space scarcer and pricier 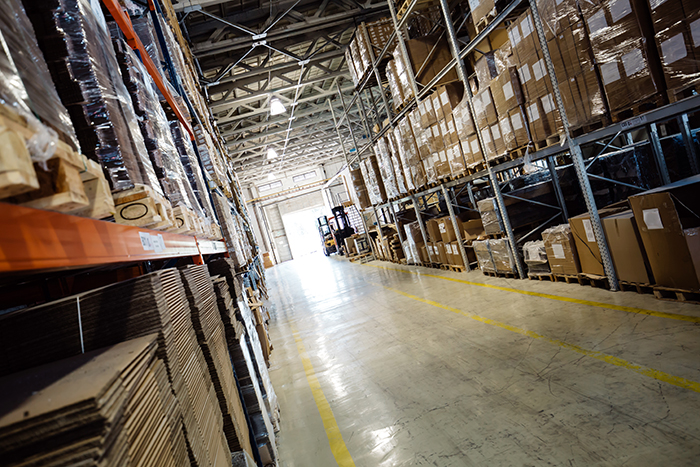 It is unclear if industrial real estate development can keep up with demand.

US shippers looking to secure more warehouse and distribution space over the coming months should expect to pay more and have fewer choices.

Industrial real estate rates near the three largest US ports -- Long Beach, Los Angeles and New York and New Jersey  -- rose at least 10 percent year-over-year in the first three month of 2017, according to Jones Lang LaSalle.  Average rental rate increases at other major distribution markets were strong but not as steep within the same period, with rates up 6 percent in Seattle and 4.5 percent in the Dallas-Fort Worth market.

“Nationwide, there’s simply little to no industrial product available,” Jones Lang LaSalle stated in its US Industrial Outlook 2017. “The market is on fire today for industrial property owners,” the report stated. From the perspective of tenants, those conditions “pose unique challenges,” JLL stated.

The dearth of available industrial space exists even though the construction and delivery of new properties is accelerating. “The construction pipeline continues to grow, with a 29 percent increase over the fourth quarter in build-to-suit properties,” according to JLL. There is an estimated 247 million square feet of new industrial space slated for delivery nationwide in the coming months, which is a 10-year high. By 2018, almost 1 billion square feet of space will have been delivered over the previous five years.

This leads JLL to ask what it calls the billion-dollar question. “Can new construction keep up with demand for industrial real estate?”

Craig Meyer, president of JLL’s industrial group for the Americas, said every sector of warehouse and logistics is contributing to the surging demand for industrial space, “but e-commerce is contributing the most. It’s no mystery,” he said. In fact, if traditional e-commerce  is combined with 3PL activity linked to online fulfillment, e-commerce represents about 40 percent of the leasing of industrial properties today, according to JLL.

The 29 percent increase in build-to-suit properties since the fourth quarter of 2016 is indicative of the trend that is underway. “In the old days, build-to-suit meant special-purpose,” Meyer said, but in this market it means that the tenant claims a building under construction or permitted for construction, and then modifies the plans to satisfy its logistics needs. For existing properties, tear-downs and repurposing are common, he added. However, since location is the most important factor, size, layout and amenities may not be everything the tenant had hoped for.

Nationwide, the industrial vacancy rate is 5.3 percent, a 17-year low, but in the seaport-linked import distribution markets of northern New Jersey, San Francisco Bay-Oakland, Seattle-Tacoma and the Inland Empire 50 miles east of Los Angeles-Long Beach, vacancy rates are below 4 percent. Move into the urban core at those seaports and vacancy rates are about 2 percent.

As can be expected in a tight market at, rental rates keep going up. “The resounding strength of industrial tenant demand, paired with the toughest market conditions ever experienced in the sector, are driving the sixth consecutive year of rental growth,” JLL stated. Nationwide, industrial rents are up 8.2 percent so far this year,  after having increased 8.7 percent in 2016. Rents grew the fastest in Northern New Jersey, San Francisco Mid-Peninsula and the Inland Empire at more than 10 percent.

Somewhat unique in this market is that rising construction costs and escalating rental rates are not diminishing demand, at least not in the strongest markets. JLL attributes this to healthy consumer spending and buoyant e-commerce sales. One explanation could be that e-commerce is creating demand for properties located closer to the urban core that are needed for last-mile deliveries. Those sites are being claimed by omni-channel retailers as well as the 3PLs that serve the retailers, including UPS and Federal Express, that are responding to the tighter delivery requirements demanded by consumers today, Meyer said.

The growth in last-mile delivery logistics was a popular topic at the i.Con industrial real estate conference last week in Long Beach. “There’s a lot of smart capital trying to assess that potential,” said Ben Conwell, senior managing director and national practice leader for e-commerce fulfillment at Cushman and Wakefield. “Amazon and other big retailers are looking at the space,” he said.

Building designers are still grappling with the best type of structure for last-mile delivery. “There is no off-the-shelf building design for that last mile,” he said. In terms of size and labor requirements, the last-mile buildings are smaller than the 1 million square-foot, heavy-employee content, highly-automated and high-cost per-pound labor of traditional e-commerce fulfillment centers located on the urban outer circles, Conwell said. The last-mile buildings are 300,000-400,000 square-feet, still fairly automated with lots of parking, and they are located closer to the urban centers, he said.

The insatiable appetite for industrial properties for e-commerce fulfillment is beginning to raise a red flag in some areas about labor quality, availability and cost. “If you are the first in, you’re OK. If you are third or fourth, labor will be more costly,” he said. Meyer added that labor is more of an issue in less populated areas than in urban areas.

E-commerce fulfillment is also exerting influence over the attitudes of some city governments about the location of warehouse properties. Generally, cities have been cautious about accepting large distribution facilities that generate high truck volumes because of air-quality and traffic issues, said Larry Kosmont, president of Kosmont Companies. However, cities have always welcomed retail because of the sales taxes they generate and the employment they create. The last-mile fulfillment centers generate point-of-sale taxes, high employment and not as much truck traffic as traditional distribution warehouses, he said.

Meyer said that barring any unexpected disruptions in the US economy and trade relations, the strong demand for warehouse and logistics space should continue throughout 2017 and beyond. “The underlying fundamentals are good. This is turning out to be a longer cycle than anticipated,” he said.