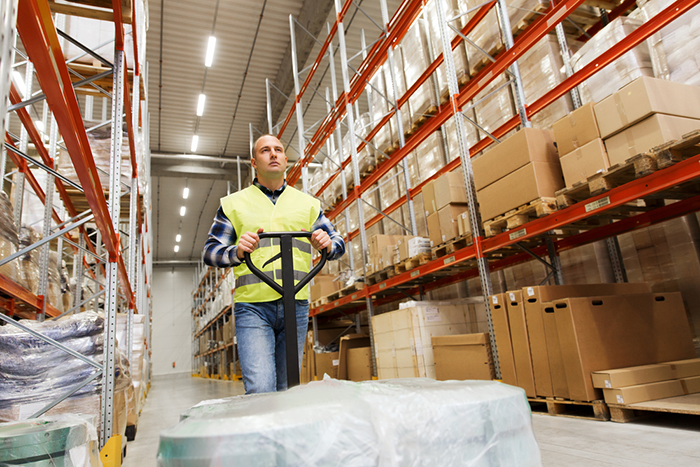 Retail inventory-to-sales ratios are now near the post-recession high point of 1.51 they reached in March 2016. Photo credit: Shutterstock.com

A tariff-driven spike in US retail inventories is setting the stage for an increase in blank sailings on container services from Asia while depressing seasonal US trucking demand.

US containerized imports from Asia dropped 0.5 percent year over year in the first quarter of 2019, after rising 15.5 percent in the fourth quarter, according to PIERS data, a sister product of JOC.com within IHS Markit. With inventories high, and year-over-year import comparisons growing more difficult, forwarders and carriers are bracing for a steep drop off in US imports in June and July, a move that would spur ocean carriers to increase blank sailings and even cancel loops.

If demand falls off and spot rates sink below what has been stipulated in annual service contract talks, carriers will be pressured further to curb more capacity. Carriers have already announced 35 blank sailings in the trans-Pacific trade through February and into March, including 22 to the West Coast and 13 to the East Coast, compared with 11 last year, according to maritime transportation consulting firm SeaIntelligence.

Higher inventories are partly responsible for a slow first quarter for US trucking, too. Although North American freight shipments rose in March from February, year-over-year volumes were negative for the fourth straight month, according to the Cass Freight Index.

The best explanation for the rise in inventory: front-loading of imports to avoid higher US tariffs. The trade war with China, in particular, appears to have reversed a drawdown of inventories that built up during the softer economy of 2015-2016.

Signs of that front-loading are evident in import data from PIERS. The pull-forward also was evident in port congestion early this year at the ports of Los Angeles and Long Beach in California and the Port of New York and New Jersey.

Uncertainty about tariffs and trade pacts is likely keeping inventories high. “The inventory levels have been kept at the new higher levels, and were even seen to increase slightly further in February … effectively eliminating the supply chain improvements we have seen over the past two years,” SeaIntelligence said in an April 29 report.

Total US containerized imports rose 17.5 percent year over year in December, while US-bound TEU from Asia were up 21.8 percent, according to PIERS. Last autumn, importers expected higher US tariffs on more than $200 billion in Chinese goods to take effect Jan. 1. By the time those tariff hikes were postponed, the wave of US imports was already hitting West Coast ports.

In the fourth quarter of last year, Walmart’s inventory rose 0.8 percent in the United States. “There’s been a little bit of pull forward of inventory in anticipation of what tariffs could mean in a worst case scenario,” C. Douglas McMillion, president and CEO of Walmart Inc., said in a Feb. 19 earnings conference call with Wall Street analysts. “I’m not worried about the inventory level.”

The extended inventory-to-sales plateau indicates retail goods that arrived at US warehouses and distribution centers in midwinter remained there, at least through March. Seasonally adjusted US retail sales jumped 1.6 percent in March from February and were 3.6 percent higher than March 2018, according to data released by the US Census Bureau Thursday.

Those sales may pull down the inventory-to-sales ratio for March, but it’s unclear by how much. On the spot truckload market, dry-van freight volumes were up 4 percent from February in March and down 2.5 percent compared with a record-busting month a year ago, according to DAT Solutions. To an extent, the February increase has been masked by low spot market rates.

Last week, intermodal trucker J.B. Hunt said its business on the West Coast was down 20 percent or more in the first quarter, partly because of front-loading ahead of anticipated tariffs.

“We’ve got a very late spring, and typically the restocking of spring merchandise did not show up in March as it has in past years,” Terrence Matthews, president of J.B. Hunt’s intermodal division, said an April 15 earnings call transcribed by Seeking Alpha. J.B. Hunt expects retailers to “bleed off” some inventory in the second quarter, spurring intermodal rail and truck volumes. A later date for Easter made year-over-year comparisons difficult.

“The other thing we’re hearing from customers is that the warehouses are full,” Matthews told analysts. Although US warehouse availability has declined for 35 consecutive quarters, the vacancy rate flattened in the first quarter, falling less than half a basis point to 7 percent, according to industrial real estate developer CBRE. That may point to an inventory peak.

Global Shipping Outlook: A Sneak Peek at 2021
Port Performance North America: Managing Cargo Flow During a Pandemic — and Beyond
END_OF_DOCUMENT_TOKEN_TO_BE_REPLACED