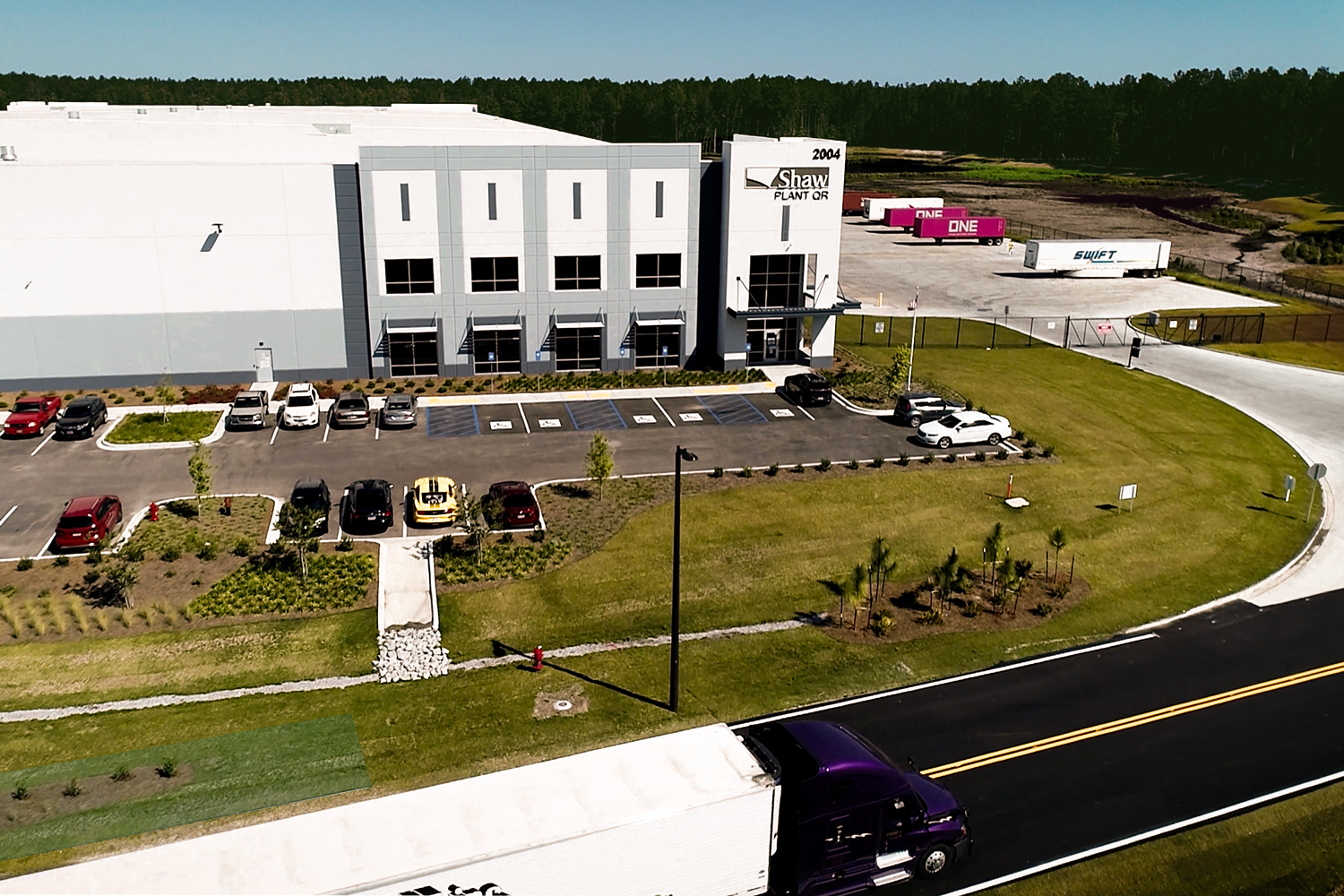 One warehousing project near the Port of Savannah reached a key milestone this week and another nearby began construction, underscoring a need for new capacity amid strong demand in the market.

Stonemont Financial Group announced Wednesday the completion of phase 1 of the Georgia International Trade Center (GITC), which includes four buildings totaling 2.4 million square feet of warehousing, with the option to add up to another 4.8 million square feet.

One day earlier, Port City Logistics said it would invest $80 million to construct a 1.1-million-square-foot facility a few miles south of the GITC complex; completion is set for late 2021.

According to Colliers International, more than 5.6 million square feet of development in Savannah was under construction as of the first quarter of 2020. The vacancy rate of existing real estate was only 2.6 percent at the end of March, down from 3.8 percent in March 2019, the real estate firm said. Total inventory rose 14 percent year over year to nearly 73 million square feet of available space during the same period.

The pair of announcements come on top of other development projects under way near Savannah. Capital Development Partners is building a 1-million-square-foot complex in Pooler, Georgia, about 10 miles from the port, which will be the headquarters of Plastic Express, a major plastic resin and bulk forest product packager and distributor. Broe Real Estate Group is also developing a 1-million-square-foot facility, of which more than 600,000 square feet will be occupied by resin packager A&R Logistics before the end of this year.

Development is also continuing in the Savannah River International Trade Park and NorthPort Industrial Park, adjoining facilities with up to 12.5 million square feet of land, already occupied by tenants including Target, IKEA, Wayfair, Shaw Industries, and Crane Worldwide Logistics. There are eight parcels in the International Trade Park. The Georgia Ports Authority leased parcels 1 and 7 to box retailer Target. Parcels 2, 3, 4, 5, 6, and 8 were sold to developers, and have warehouses and other facilities already in operation.

“We're looking at e-commerce. We're looking at cold storage. I think you're going to see a good amount of absorption and cold storage in Savannah,” David Burch, principal with Stonemont Financial Corp, told JOC.com. “We’re looking at breakbulk facilities to cater to furniture companies. Furniture is one of the largest import classes for the port. The tenants are cargo owners who need mass importing storage for regional distribution, a super regional hub near dock.”

“We took roughly 225 acres of land and in a year and a half later, we built almost 2.5 million square feet of warehousing and leased most of it, so we're thrilled,” Burch said. “We have almost 5 million feet of developable land left. We just started construction on our next two spec buildings, another 420,000 square-foot building and then a 250,000-square-foot building that will be delivered in the spring of next year.”

Despite the COVID-19 pandemic and resulting US economic recession, he believes the fundamentals actually point to a greater need for warehousing.

“All of us in the [real estate] industry talk about onshoring or nearshoring of manufacturing, increased inventory levels, accelerated adoption of e-commerce, all the result of the pandemic,” Burch said. “That is going to increase the need for warehouse space and a revamp of logistics infrastructure that's going to be to the benefit of people developing warehousing real estate. Ultimately, I think Savannah is well-positioned.”

Port City Logistics, a drayage and warehouse provider, already manages approximately 2 million square feet across nine locations near Savannah. Its new location, due to open in 18 months, is a short distance from the port.

“Being a few hundred yards from the Garden City Terminal gates makes this an ideal property to serve Savannah and the Southeast,” Port City Logistics CEO Eric Howell said in a statement. “The supply chain landscape, especially e-commerce, is changing faster than ever, and this 1.1-million-square-foot facility gives us the agility to service any need.”

With the expansion, Port City Logistics expects to handle an additional 50,400 TEU through the Port of Savannah annually.