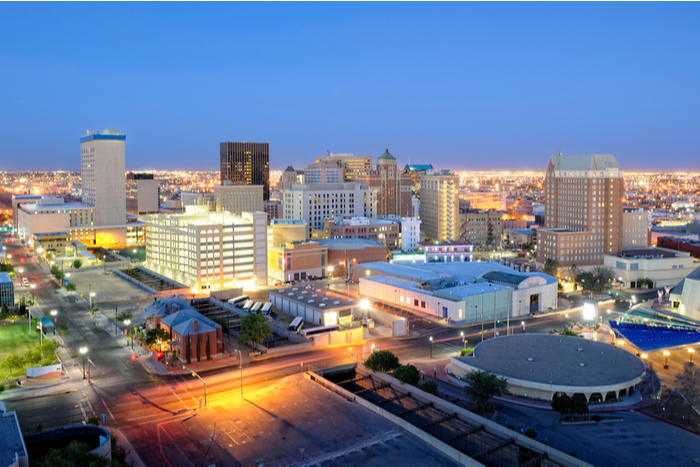 El Paso, Texas, may not rival Laredo as a long-haul truck crossing point for Mexican freight, but it is the hub of an extensive cross-border manufacturing region that encompasses Texas, New Mexico, and the Mexican state of Chihuahua. DHL Global Forwarding is expanding its El Paso operations to better mine that rich source of cross-border freight and shipper customers.

The air and ocean freight arm of Deutsche Post DHL Group is expanding its offices in El Paso by 50 percent, the company said Thursday. “Our goal is to reinforce what we have been doing in the last years, which is to enhance our customers’ ability to foster their own business in the area,” said Alejandro Palacios, DHL Global Forwarding regional vice president.

The expansion will add 70 additional workspaces and help DHL Global Forwarding offer an expanded portfolio of products and services, the company said.

The move by DHL comes after a steady expansion in cross-border trade by truck through El Paso that seems to have slowed in 2019. In 2018, the number of US-bound trucks crossing the border rose 4 percent, according to the US Bureau of Transportation Statistics. From 2015 to 2018, northbound truck crossings rose 9.7 percent. In the first six months of 2019, northbound truck crossings dropped 1.7 percent to 395,059 commercial vehicles.

Some of that slowdown is attributable to the slower United States and Mexican economies, some to a migration crisis that led to a partial shutdown of truck lanes and long delays at border crossings in April. Along the entire US border, the number of trucks entering the US dropped 3.5 percent year over year in April, as Customs officers were transferred to Border Patrol duties.

But in El Paso, cross-border trade is less about long-distance trucking from the Mexican interior to the United States and more about local manufacturing and support services. There are more than 300 maquiladora manufacturers in Ciudad Juárez, Mexico, across the border from El Paso, according to the Tecma Group, which provides business services to manufacturers.

Many businesses in El Paso and Ciudad Juárez have highly symbiotic relationships, much as automotive businesses do in Detroit and Windsor, Canada. Much freight moves between warehousing and manufacturing facilities on both sides of the border. That gives El Paso a different supply chain flavor than Laredo and its shippers may have different demands.

Industrial real estate developer CBRE considers El Paso one of 14 markets that stand out as strategic options for investors in transportation and logistics real estate outside primary markets. “The El Paso market, along with Ciudad Juárez, has seen tremendous user demand in the past few years,” Christian Perez Giese, senior vice president and director for CBRE in El Paso.

“The demand in our market for quality industrial space is very high and shows no sign of slowing as trade across the border remains strong,” Giese said when the CBRE report was released Aug. 30. El Paso industrial vacancy rates have dropped from 14.4 percent in 2013 to 4.7 percent in 2019, CBRE said in its report. The US national average vacancy rate is 4.3 percent.

DHL Global Forwarding isn’t the only logistics player expanding in the region. UPS this year began building a 153,000-square-foot package operations center in El Paso. Advanced package scanning and sortation equipment at the facility, located near the El Paso International Airport, will speed delivery of manufactured goods in both directions across the border.

Logistics investment by companies such as DHL Global Forwarding and UPS is needed to help widen the funnel that freight moves through on both sides of the border. As freight volumes have increased, that infrastructure has been tested. There are only 88 truck crossing lanes at border entry points along the US-Mexico border. Increasingly, that’s a tight squeeze.