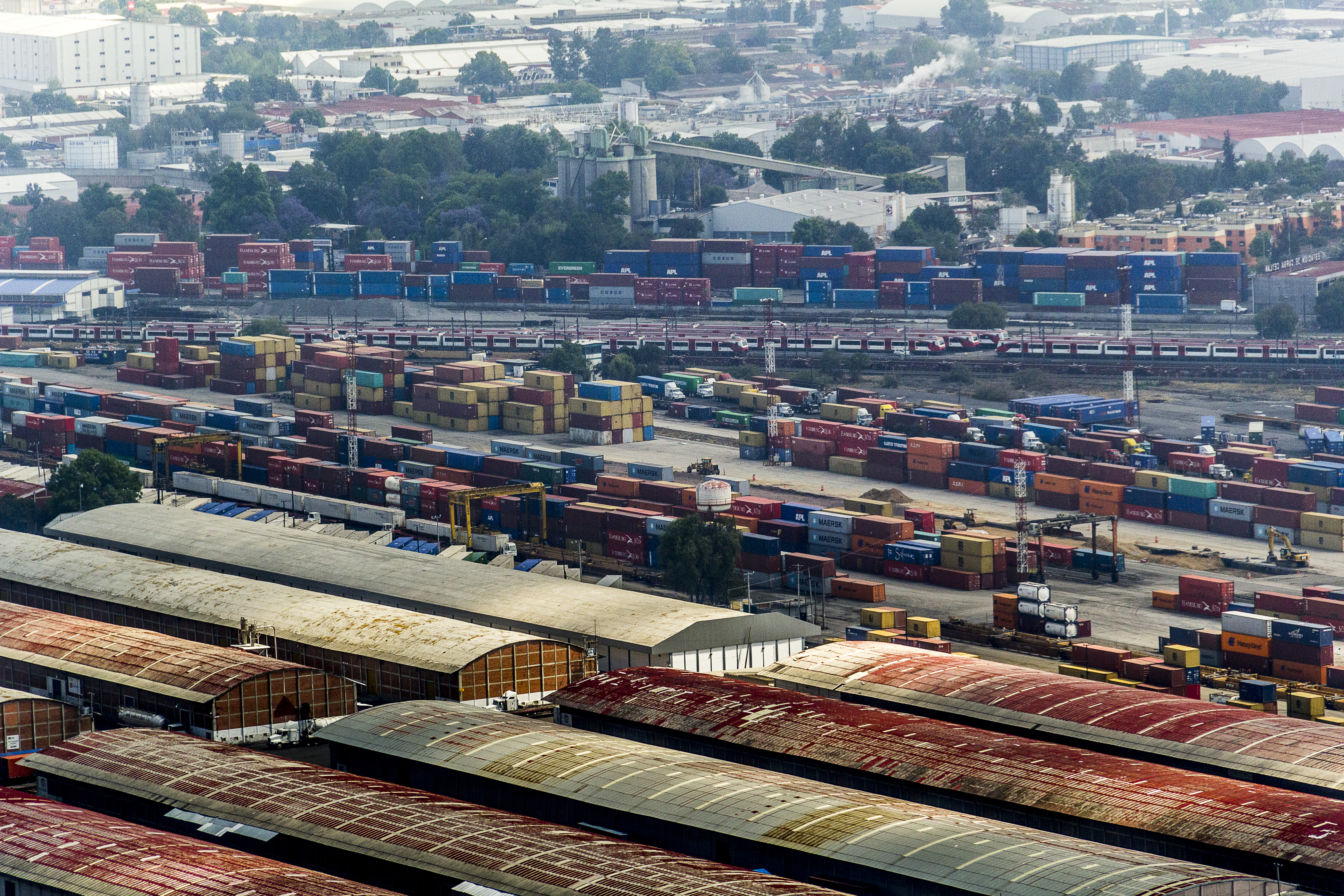 Cargo volumes through Mexican ports in 2018 grew by 8.7 percent, to 2.8 million TEU, with a 9.6 percent hike in imports and 7.6 percent increase in exports, according to the Mexican Secretariat of Communications and Transportation, which oversees the ports. Source: Shutterstock.com.

Mexican shipper and transportation providers are scrambling to expand their warehousing and distribution center footprints, as reflected by a near doubling of industrial space leased over the last four years that contributed to a market characterized in 2018 by low vacancy rates and high rental costs.

Mexico’s national vacancy rate fell to 4.4 percent at the end of 2018, down from 4.9 percent a year earlier, as the average rent for space ticked up to $4.95 per square foot, from $4.77 in 2017, industrial real estate developer CBRE said. That market tightening occurred as developers were creating about the same amount of new space in both years — 23.3 million square feet in 2017 and 23.9 million square feet in 2018.

Factors that include the growing volume of Mexican imports and exports, rising domestic demand, and the steadily ascending e-commerce sector are increasing the prominence of the transportation, distribution, and logistics or warehousing sector, according to CBRE. They helped boost the sector’s share of industrial space leased in Mexico from 23 percent to 45 percent since 2014.

The surge is expected to continue in 2019, driven by what CBRE expects to be a 24 percent increase in demand. That rise will be fueled by e-commerce, the greater certainty over Mexican trade as a result of the new trade agreement between Mexico, Canada, and the US, and a growing interest among Chinese investors in serving the US from Mexico, according to a CBRE report on trends in the Mexican market.

“While the main powerhouses of the industrial market will continue to be exports and private domestic consumption, the sectors that will drive the market are transport, distribution and logistics (which encompasses e-commerce), and automotive and manufactured products,” CBRE said.

Cargo volumes through Mexican ports in 2018 grew by 8.7 percent, to 5.015 million loaded TEU, with a 9.6 percent hike in imports and 7.6 percent increase in exports, according to the Mexican Secretariat of Communications and Transportation, which oversees the ports.

In the first nine months of 2018, 4.7 million trucks crossed from Mexico into the US, nearly a 5 percent increase from the same period in 2017, according to the US Bureau of Transportation Statistics (BTS). The flow of trucks north decreased on an annualized basis in only one month out of nine, last March, and peaked at a 12.3 percent increase in April, BTS data show.

The expected growth in the Mexican industrial real estate sector comes after a decade-long hot streak. It paused in 2017 when demand slowed down, in part due to the uncertainty of the US approach to Mexico under President Donald Trump, and especially over the negotiations about the future of the North American Free Trade Agreement (NAFTA). But the market tightened in 2018, and the resolution of the NAFTA talks with the United States-Mexico-Canada Agreement has helped drive demand and investment again, according to real estate companies interviewed last year.

Despite the steadily rising consumer demand, however, economists depict the Mexican economy as lackluster. IHS Markit reported that it grew at an annualized rate of 1.8 percent in the fourth quarter, compared with 2.6 percent and 2.5 percent in the previous two quarters. Construction activity remains weak and manufacturing is not performing well, with production of automobiles declining, the analyst said.

Mexican shippers and logistics companies, similar to those in the United States, are fighting for space against the expanding demands of the e-commerce industry, especially in the nation’s heavily populated cities — of which Mexico City is the largest — where demand for warehouse space from which to fulfill online orders is high. That helped vacancy rates in some key areas remain flat or rise slightly even as key sectors are seeing a growing inventory of space.

In the Bajío region, a manufacturing hub that is home to several car plants, inventory grew by 7 percent in 2018, to 128 million square feet, with another 7.1 million square feet in 44 projects under construction, according to CBRE. Still, the vacancy rate ticked up slightly to 5.9 percent, from about 5.5 percent a year earlier.

In the Mexico City area, construction activity of industrial space increased by 9 percent in 2018 in the Mexico City market, and is expected to add 6.75 million square feet of space, most of it expected to be completed in 2019, according to CBRE. In Guadalajara, the 18 percent increase in Class A space took the total to 31.4 million square feet, while the vacancy rate ended 2018 at 3.72 percent, about the same as a year earlier, despite a rise in the rate to 6 percent in the first two quarters of the year, CBRE said.

On the US border, vacancies were at “record lows” in Ciudad Suarez, according to CBRE’s report on the region’s fourth-quarter performance. “Strong demand and insufficient supply has put upward pressure on Class A asking rents, pushing them above the pre-recession high of $5.10 per square foot.”

Still, that area could soon see a demand boost from Chinese investors seeking to serve the US from Mexico, CBRE said. “Early records indicate that the markets on Mexico’s northern border will be the first beneficiaries of the search for these new industrial spaces,” the report said, adding that the next area to benefit will be the Bajío region.