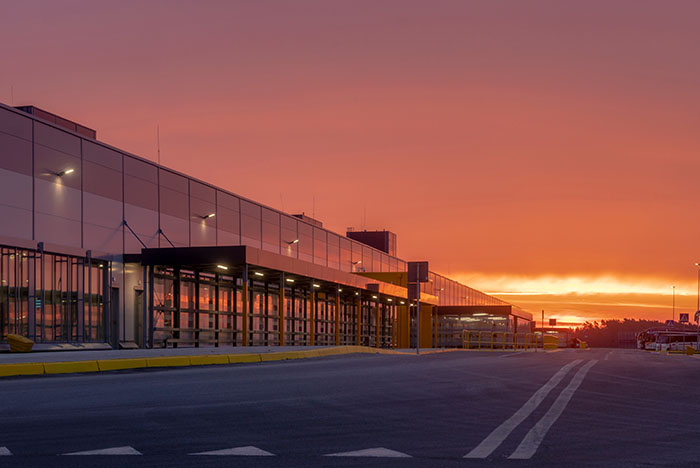 Average rent growth for US industrial properties is expected to exceed 5 percent for the fifth straight year, according to CBRE Group. Photo credit: Shutterstock.com.

The torrid pace of industrial real estate absorption of the past six years is expected to soften in 2020 as retailers and third-party logistics providers (3PLs) encounter limited options for new space, and tenants choose to renew their leases rather than move to new warehouse and logistics facilities.

“Despite some softening in the market, CBRE forecasts rent growth of 5 percent in 2020, on par with previous years. Rising rents will be driven by newer product and infill industrial space in supply-constrained markets,” the report stated.

Retailers, 3PLs, and manufacturers in 2019 were on track to occupy 200 million square feet of industrial property, the sixth consecutive year that level was achieved and the longest period of such sustained demand growth on record, according to the Q3 2019 MarketBeat US Industrial report published by Cushman & Wakefield.

“Net occupancy growth in 2019 has moderated from 2018’s all-time high, but it remains at elevated levels,” Cushman & Wakefield stated in its Q3 report. The tightest industrial real estate markets last year were Savannah; Los Angeles; Orange County, California; and Central New Jersey, all of which reported vacancy rates of 2.5 percent or less in the third quarter,” the report stated.

However, according to CBRE, net absorption of warehouse and distribution space, a key indicator of the health of the logistics sector, won’t result in a seventh consecutive year of absorption of 200 million square feet of industrial property in 2020 because there will be more renewal activity and fewer leases available for new space.

“Anecdotally, we are seeing higher-than-normal renewal rates, particularly in the markets with the lowest vacancy rates, and this trend should continue, if not accelerate, in the near term,” CBRE stated. Therefore, vacancy rates will remain near historic lows, and this will drive rents higher in many markets, according to the report.

The gradual softening of demand for logistics space surfaced in the second half of 2019. Net absorption in the third quarter of 2019 was 48.7 million square feet, down from 76 million square feet in 2018’s third quarter, according to Cushman & Wakefield. The rent growth rate of 3.2 percent in the third quarter of 2019 was in line with recent growth rates, but down from the 7.2 percent increase in rents a year earlier.

The message for retailers, importers, exporters and 3PLs is that with the United States-China trade war still unresolved in late 2019, and demand softening a bit, developers in 2020 and beyond will be more cautious in bringing new logistics space online than they have been during the boom times of the past six years.

“There is no longer a ‘build it and they will come’ mentality. They will make sure the space is needed,” Carolyn Salzer, director and head of industrial research for the Americas at Cushman & Wakefield, told The Journal of Commerce in October.

However, when serving final-mile customers with thousands of shipments each day, shipper tenants will pay higher rental and labor costs in order to reduce transportation costs and to serve customers with same-day or next-day delivery requirements. Growing e-commerce business is also driving rents higher for smaller facilities near the urban cores.

“Considering that space is very limited in the smaller-size segment, rent growth is expected to continue over the next 12 months,” CBRE stated in its report.

CBRE and Cushman & Wakefield said uncertainties surrounding tariffs on imports from and exports to China did not have a noticeable impact on the industrial real estate market in 2019, but if the US-China trade war continues into 2020, investors in warehouse and logistics properties should be on the lookout for red flags.

“If trade tensions continue, two factors must be watched: consumer spending, which has a direct impact on industrial market dynamics, and supply chain restructuring, whereby import sourcing shifts largely from China to other countries like Vietnam, Malaysia and India,” CBRE said.

The report also noted that as supply chain logistics becomes more complex, importers and exporters will call upon 3PLs to handle a greater share of their transportation needs. “This will translate into more 3PL leasing activity, a trend that is already underway,” CBRE stated.