Top US Shippers: US electronics importers turn to Mexico

Top US Shippers: US electronics importers turn to Mexico 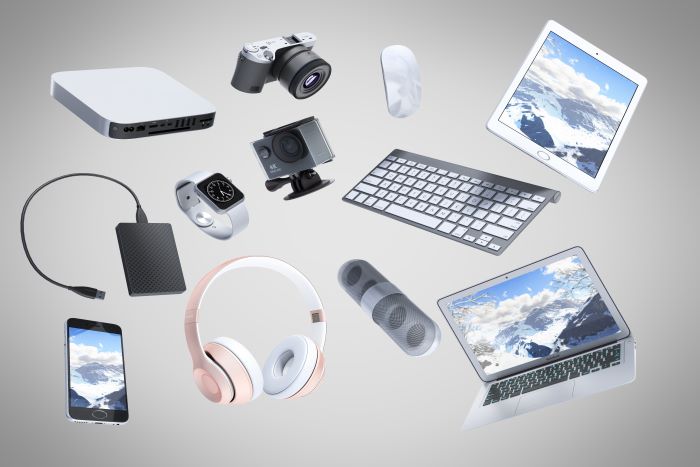 US imports of electronics were relatively strong in 2019, increasing 8.4 percent from 2018. Photo credit: Shutterstock.com.

A doubling of US electronics imports from Mexico last year bodes well for growing investment in cross-border production of laptop computers, television sets, and servers as the industry responds to tariffs on imports from China and the impact of the COVID-19 crisis.

US imports of electronics from China dropped 4.5 percent year over year in 2019, while imports from Mexico surged 112 percent, according to PIERS, a sister product of JOC.com within IHS Markit.

Southeast Asia continues to be the primary location for electronics production that is leaving China after four rounds of US import tariffs on Chinese-made goods implemented over the past two years. US electronics imports from North Asia dropped 3.3 percent last year, while imports from Southeast Asia jumped 68.8 percent, according to PIERS.

The production of smaller items, including many wireless products, moved mostly to Southeast Asia, led by Vietnam, while larger items such as desktop computers and televisions are increasingly being assembled in Mexico, according to Jack Chang, managing director of JUSDA Supply Chain Management, a non-vessel operating common carrier (NVO) specializing in electronics transportation and warehousing.

“Vietnam took the wireless products from China. It was an easy move,” said Chang. Linking the components' manufacturers within Asia was easier than moving production of those products overseas, he said. As a result, US electronics imports from Vietnam surged 157.8 percent year over year in 2019, while imports from Malaysia and Thailand increased 59.1 percent and 32.4 percent, respectively.

There is an established and growing network in North America for the production of desktops and televisions, so Mexico’s proximity to those suppliers and to the US market makes assembly of those items in the region a logical move. “You can just truck it in,” said Paul Bingham, director of transportation consulting at IHS Markit.

Bingham also noted that Mexico has free trade agreements with a number of countries and regions, including Latin America, Europe, and Pacific Rim nations, so finished products exported from Mexico have the competitive advantage of low tariffs. “It’s a hidden part of the story: risk management as regards tariffs,” he said.

US imports of electronics were relatively strong in 2019, increasing 8.4 percent from 2018. The increase was close to twice the five-year compound average growth rate of 4.3 percent, according to PIERS.

One of the factors contributing to the strong growth was a strategy by importers to build up their inventories in North America as US tariffs on imports from China were expanded from late 2018 through 2019. That trend is continuing into 2020, serving as an impetus to manufacturers and assembly plants to stockpile components, Chang said.

“There is an overbuying. Warehouses are filling up with components,” he said. Chang noted that Lists 1, 2, and 3 of the Section 301 tariffs covered components, while List 4 applied to finished electronic goods. “The warehouses are stocking more goods should the market come back.”

Chang noted that although Section 301 tariffs are causing an exit of some production out of China, a number of manufacturers prefer to stick it out. China remains by far the largest source of US electronics imports, which last year totaled 817,451 TEU, more than seven times the volume of second-place Vietnam at 105,370 TEU. Malaysia was in third place with 71,321 TEU, according to PIERS.

Although he expects the trend of shifting electronics-related manufacturing from China to other regions to continue, Chang said it will be a slow process because the contract manufacturing and production of components have to be located in the same region to establish a critical mass of manufacturing.

“The entire ecosystem has to move,” he said. That will present logistical challenges for manufacturers in the hiring and training of workers and arranging new supply chains for those components that cannot be produced in proximity to the new manufacturing or assembly locations, he added.

Chang added that NVOs are following the shifting of production because in some cases they have access not only to a full menu of ocean transportation services, but also warehousing and ground transportation.

Although air freight is a popular transportation strategy for smaller, high-priced, time-sensitive shipments, disruptions caused by the coronavirus disease 2019 (COVID-19) are hurting air freight’s image as a reliable transportation mode, Bingham said. Hundreds of international passenger flights remain grounded, which has slashed air cargo capacity, and prices have spiked with the reduced capacity, he said.

Some importers and NVOs are relying more than ever now on expedited ocean services, such as Matson’s China-Long Beach express (CLX) service, Chang said. The CLX loop features a 10-day transit from Shanghai, about two days shorter than most trans-Pacific services. Because Matson-SSA Marine operates the terminal in Long Beach, Matson can also offer guaranteed pickup times for cargo owners using the express service.

Growing imports from Southeast Asia are reflected in double-digit increases in electronics volumes at East and Gulf Coast ports, at the expense of West Coast ports such as Los Angeles, Long Beach, and the Northwest Seaport Alliance of Seattle and Tacoma. Imports of electronics in 2019 increased 12.6 percent in New York-New Jersey, 22.8 percent in Savannah, 14.8 percent in Norfolk, 32.1 percent in Charleston, and 52.2 percent in Houston, according to PIERS.