Singapore Builds for the Future

Singapore Builds for the Future 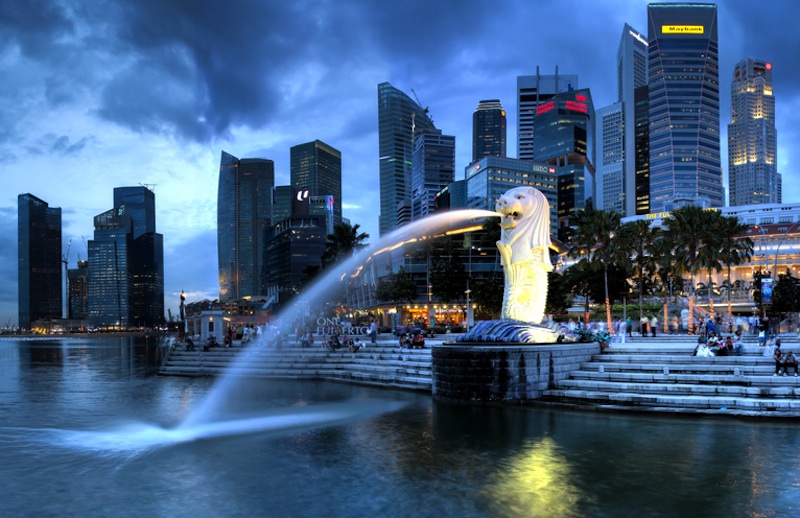 The same focus on innovation in manufacturing and logistics that made Singapore a global powerhouse will allow the island to capitalize on Asian trade growth, the executive director of logistics at Singapore’s Economic Development Board.

Asia’s trade may be slowing, but it’s a temporary phenomenon because trade’s key drivers — including a growing young population of roughly 3 billion and a rising middle class — are rapidly expanding the region’s consumer base. On that basis, and others that will emerge in the years to come, Asia’s trade will keep growing at a higher clip than the rest of the world, said Kelvin Wong. The EDB, the Singapore government’s lead economic agency, is responsible for about 40 percent of the country’s GDP.

Trade harmonization in the Association of Southeast Asian Nations, scheduled for 2015, will help the 10 member countries double their trade, with a quarter of the expansion coming from intra-Asian trade, he told The Journal of Commerce. ASEAN, which comprises, Brunei Darussalam, Cambodia, Indonesia, Laos, Malaysia, Myanmar, the Philippines, Singapore, Thailand and Vietnam, includes about 600 million people.

For now, the slowing Asian and global economies appear to have put a drag on growth at the Port of Singapore. Container traffic at the five container terminals run by PSA Singapore Terminals rose 1.4 percent year-over-year in the first half of the year, to 15.6 million 20-foot-equivalent units, down sharply from the 5.2 percent growth from 2011 to 2012. Jurong Port, a multipurpose facility, also handles containers.

Manufacturing output from the island fell 5.9 percent year-over-year in June, but just 0.5 percent when excluding biomedical manufacturing. Wong said the decline in biomedical product production was due more to the cyclical nature of the industry than a decline in overall demand.

He pointed to Rolls-Royce’s Singapore operation being the only one in Asia to produce engines for Boeing’s new 787 Dreamliner and Airbus’s A300 jets as evidence that Singapore is moving up the manufacturing value chain. That’s a far cry from 40 years ago when many American consumers associated Singaporean manufacturing with cheaply made, even schlocky, gizmos. The country is also a major producer of engineering products, with 70 percent of jack-up oilrigs coming from the island, and is one of the world’s largest semiconductor producers.

The country’s robust infrastructure makes goods from its factories more competitive globally. Singapore Changi Airport was the 12th-busiest global cargo hub last year and its seaport is the second-busiest container port in the world behind Shanghai. Those two major gateways helped push Singapore to the top of the World Bank’s 2012 ranking of countries for logistics and enabling trade. Singapore’s logistics industry employs about 200,000 and accounts for about 8 percent of the country’s GDP, while manufacturing makes up 20 to 25 percent of the island’s GDP, Wong said.

But the Port of Singapore faces growing competition from emerging Southeast Asian transshipment hubs, including the Port of Colombo, Sri Lanka, and Port Klang, Malaysia. Singapore, Wong said, is maintaining its dominance by expanding its container terminal capacity and providing shippers with efficient service and political stability.

About 85 percent of the 30 million TEUs moving through Singapore each year are transshipped, with the rest being direct imports and exports. Singapore plans to expand its capacity to 65 million TEUs of annual capacity by 2027 by building a new port in Tuas. The port, located in the country’s western industrial hub, will serve as a new transshipment hub. Singapore also is spending $3.5 billion to expand capacity at its Pasir Panjang Terminal by 15 million TEUs.

Aside from transshipment, Wong sees opportunity for Singapore logistics to provide more specialized services to industries such as health care, oil and gas, and aerospace. That 20 of the top 25 global third-partly logistics companies have sizable presences in Singapore positions the country to capitalize on this need. World Courier, DHL and UPS have used Singapore has their main base to grow their health care logistics offerings, while Panalpina and DHL use the island for their oil and gas logistics hub.

He also sees potential for true global supply solutions providers, as more shippers find their Asian footprint “scattered” and they need more resilience in their supply chains. That Asia has less of a homogenous landscape than the U.S. and Europe in terms of regulation and customs compliance makes it even harder for shippers to efficiently manage their supply chains.

“The manufacturers are really looking for much more effective supply chain designs and solutions across the entire region, especially with the rise of Asia and the many more cross-border trade flows,” Wong said. “It’s no longer just about moving trade from Asia to the rest of the world; it’s about crossing multiple borders in Asia and sometimes not leaving Asia. “