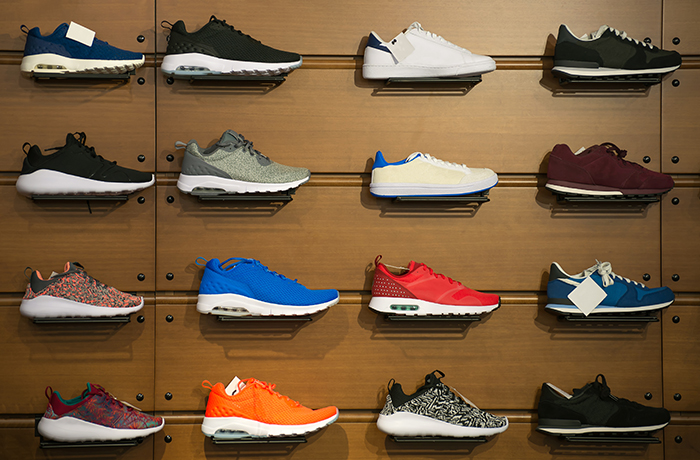 As footwear manufacturing shifts away from China to Vietnam, Indonesia, India, Cambodia, and Bangladesh, the greatest problems factories in those countries face are supply chain limitations in moving materials to the factories and the finished products to ports for export, a supply chain risk consultant said Thursday.

When footwear importers shift some of their sourcing to countries outside of China, usually in search of lower costs, they must be aware that they are “going into a different logistics environment,” Tony Pelli of BSI told a sourcing webinar sponsored by the Footwear Distributors and Retailers of America.

The logistics limitations involving inadequate roads, ports, and other infrastructure can cause regular disruptions in a supply chain that must be built upon reliability. The logistics risks can be compounded by labor issues involving health and safety violations, poorly-constructed buildings, and strikes that occur on and off in these countries, Pelli said.

The latest logistics performance index produced by the World Bank shows that all of the emerging sourcing countries have noticeably lower rankings than China does. This is a sign that sourcing from those countries can involve longer delays and higher supply-chain costs.

China remains the largest source for the approximately 2.4 billion pairs of shoes the United States imports each year. China accounts for 63 percent of US footwear imports, rapidly-growing Vietnam accounts for 16 percent, and Indonesia is 15.7 percent, according to the US Department of Commerce.

The approximately 400 million pairs of shoes imported from Vietnam in 2016 continued a streak of 10 to 20 percent annual growth in exports to the United States that the country has experienced in recent years. US imports from Indonesia, India, Cambodia, and Bangladesh are experiencing much higher annual growth rates, but from smaller bases.

Footwear importers considering shifting some of their sourcing to other countries must do due diligence in assessing the capacity of factories in those countries to fill their orders; the health, safety, and working conditions present at the factories; and the overall supply chain performance of the factories, Pelli said.

Expansion of footwear production in Vietnam has been so rapid that labor inspectors have not been able to properly assess each factory. Corruption in Vietnam compounds the problem, Pelli said. He noted that about 75 percent of the factories inspected have poor construction, such as weak walls and roofs that could lead to collapse. Construction of new factories is proceeding so rapidly that many of the newest buildings are poorly built and are unsafe, he said.

Other rapidly-developing countries also have problems. Indonesia has not prepared sufficiently for natural disasters such as tsunamis, and when those disasters strike, supply chains can be severely disrupted, Pelli said. Child labor law violations are common in India, with about 7,000 employers prosecuted for violations the past two years, although the incidence of such events tends to be higher in the garment industry than in footwear, he said. India has significant logistics challenges at ports in the South and Northeast. These can cause 18-hour delays for trucks, and truck lines 2.5 miles long, he said.

The inability of factories in Vietnam to fill all of their orders has led to a spillover of production to Cambodia. Fixed duration labor contracts in Cambodia give employers tremendous leverage over workers, which has led to sexual and verbal harassment and worker protests, he said.

In Bangladesh, factories’ problems include deadly fires and buildings collapsing, health and safety violations, and the arrest of union leaders, Pelli said. The government has been focusing more so on the garment industry than the footwear industry since a horrific building collapse there in 2013, he said. When factories in Bangladesh book more orders than they can fill, they often subcontract to other factories that have even worse conditions, he said.

All such incidents, in addition to the human toll they create, also add significant risk to the supply chain because they often lead to the inability of factories to complete their orders or in costly delays in moving product through the supply chain. Pelli therefore advised that when US footwear importers seek to establish relationships with new suppliers in those countries, they must put an “extra effort” into ensuring supply chain visibility in order to reduce the risks involved in sourcing from these vendors, he said.

US resin shippers hopeful for export rebound after dismal 2021

How to Improve OTIF: 15 Tips for On Time and In Full Delivery
END_OF_DOCUMENT_TOKEN_TO_BE_REPLACED