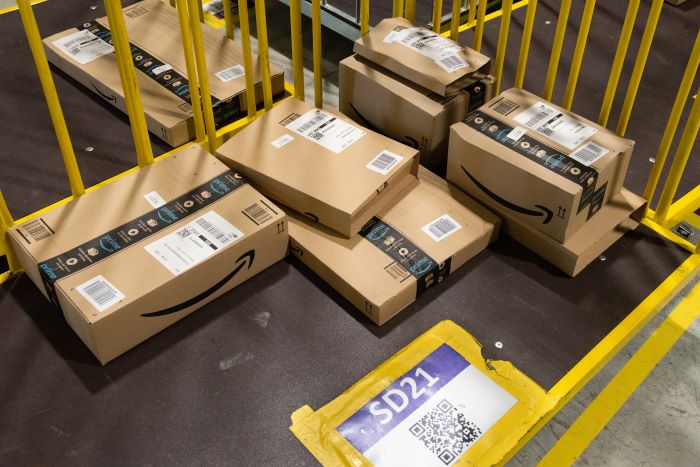 While FedEx and UPS are the dominant last-mile providers in the US, Amazon Logistics has emerged as a major threat. Photo credit: Shutterstock.com.

The global small parcel market is expected to more than double from 103 billion parcels in 2019 to between 220 and 262 billion parcels by 2026, driven predominantly by e-commerce volumes generated by China and the United States, according to Pitney Bowes’ latest annual shipping index, out Monday.

Even though the Chinese market is four times larger than the US market in terms of volume, the US is ranked highest among all geographies in terms of parcel shipping revenue at $130 billion.

The higher parcel shipping revenue in the US can be attributed to a smaller competitive environment compared with other geographies. While there are a number of regional and local last-mile delivery options, the US small parcel market is dominated by FedEx and UPS. As a result, shippers pay higher shipping rates and surcharges. FedEx and UPS have stated on numerous earnings calls that elevated shipping rates and surcharges are necessary to manage costs for highly automated networks.

Still, Pitney Bowes’ Shipping Index notes that Amazon Logistics has emerged as a major last-mile player due to its rapidly increasing delivery capacity.

Amazon has more than 75 fulfillment facilities in the US and is opening more than 1,000 delivery hubs located closer to customers for faster delivery times. In an August 10 tweet, Dave Clark, senior vice president of Amazon operations, noted that the company had over 400,000 drivers within its dedicated last-mile delivery network.

According to Pitney Bowes, Amazon delivered 1.9 billion packages in the US through its in-house delivery network, a 155 percent year-over-year increase in 2019. Furthermore, Pitney Bowes forecasts that Amazon’s small parcel volumes will grow at a 30 percent compounded annual growth rate from 2020-24.

Pitney Bowes attributes the rise in small parcels to an accelerating e-commerce market. Indeed, pre-COVID-19 forecasts have been changed to reflect the pandemic’s impact. Prior to the crisis, FedEx projected the US domestic market would hit 100 million packages per day by 2026; now, the company projects that mark will be hit by 2023.