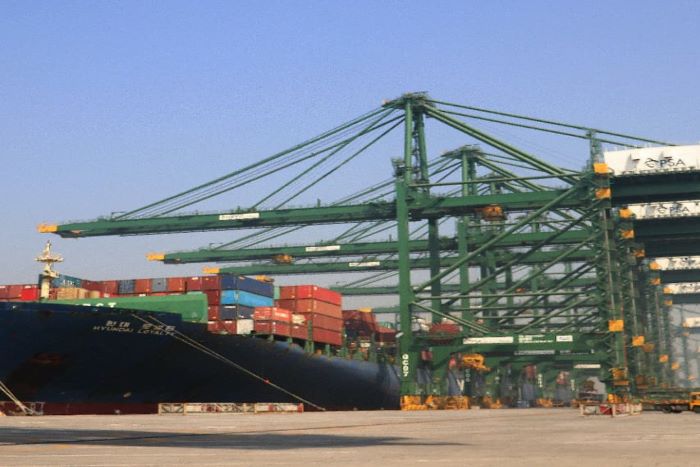 Freight forwarders in India have offered an alternative to regulatory reform being pushed by the government. Photo credit: PSA India.

Unhappy over what they view as a government move to marginalize them, Indian freight intermediaries have called for a review of the regulatory move in the works to streamline logistics costs while offering an alternative framework to bolster freight pricing competitiveness.

Under a “standard operating procedure” (SOP) circulated for final stakeholder consultation and feedback, the government is looking to streamline costs for exports by establishing a direct shipper-ocean carrier relationship for freight payment.

In response, traditional freight forwarders — under the aegis of the Federation of Freight Forwarders’ Association in India (FFFAI), the Association of Multimodal Transport Operators of India (AMTOI), and the Consolidators Association of India (CAI) — said while they remain fully committed to “reducing the transaction costs, removing the distortions in the system, and improving the-ease-of-doing-business,” the suggested SOP is not amenable to established shipping practices and the multifaceted, complex nature of global supply chains.

The controversy centers on two counts — the exporter making freight payment directly from an “exchange earners foreign currency account [EEFC]” to a foreign currency account of the carrier, and exchange rate standardization. Freight forwarders generally keep a markup on pricing while quoting to the cargo owner, and the government thinks this traditional practice can be contained through a direct payment mode.

In a counter SOP filing, freight forwarders said the option of using an EEFC facility should be left to the exporter, meaning “discretionary” rather than “mandatory,” noting it should also remain open to forwarders whether to raise a “foreign currency” freight invoice. Alternatively, they recommended making freight transactions in the local currency between all stakeholders — exporter, shipping line, and/or freight forwarder.

“We propose that the government should encourage (and, if possible, implement) the practice of quoting ocean freight in INR [Indian Rupee] by all logistics service providers, including shipping lines,” the groups said. “The practice for both quoting and charging in INR will put to rest the dispute on exchange rate and further establishes transparency and certainty for the cost for all stakeholders.”

The groups said such an “Indian currency system” has long been prevalent in air freight verticals.

On the exchange rate issue, freight forwarders also suggested the country’s banking regulator, the Reserve Bank of India (RBI), formulate a holistic mechanism to fix anomalies, if any.  “The mechanism so decided should apply equally to all stakeholders including logistics service providers, shipping lines, and banks without discrimination so as to be fair and equitable to all,” they said.

Advocating for their coexistence, forwarders said they play an integral role in originating and terminating shipments, where they undertake to perform a “contract of carriage,” citing various international conventions, more notably UNCTAD and a recent ruling by India’s maritime regulator, the Directorate General of Shipping. They noted the freight industry is highly fragmented, offering no room for oligopolies and monopolies, and that there are no big players who wield rate-setting power or other sway over the market. Moreover, they said exporters seeking direct carrier contracts run the risk of suffering service issues, besides extra cost implications.

Another argument proffered by the intermediary groups is that exporters generally tend to work with a single vendor offering a “total solutions resource,” instead of multiple stakeholders, adding exporters should be free to choose their service partners and any curbs will be an inversion of evolving trade dynamics.

“Exceptional circumstances or malpractices should not be considered [an] industry practice and cannot be a case in point for regulating the commercial aspects of the freight forwarders and/or the business practices in the industry,” the groups said. “We plead that if things are made hard for the freight forwarder unilaterally, it will lead to delays, bottlenecks, and increase in dwell times, leading to disturbance in the ecosystem.”

Although the viability of that alternative SOP is yet to be put into stakeholder deliberations, Indian transport leaders are unlikely to back down in their intent to bring more transparency into the freight ecosystem because of the escalating dispute over high shipping costs — a key factor undermining Indian merchandise competitiveness globally.