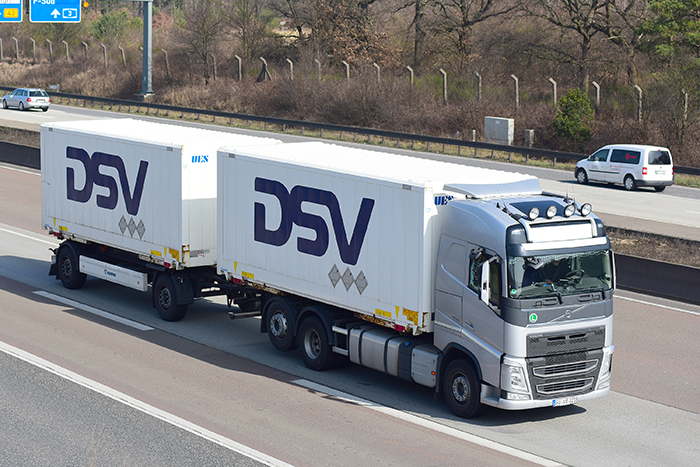 Record high margins were driven by continued improvement in productivity across the organization, DSV said, and the company had equally encouraging news regarding the UTi integration. Photo credit: Shutterstock.com.

The Danish group’s operating profit before special items increased to 1.45 billion Danish krone ($228 million) from 1.24 billion krone in the second quarter of 2017 on revenue of 19.5 billion krone against 18.9 billion krone a year ago.

“Our financial results for Q2 [second quarter] 2018 are at an all-time high and I am pleased to see that all business areas have performed well,” said CEO Jens Bjørn Andersen. “So far, the impact from trade tariffs has been limited, and going into the second half of 2018 we continue to see a stable development on the global transport markets.”

The company, which has fully integrated California-based UTi Worldwide — which it acquired for $1.35 billion in 2016 — also raised its full-year financial operating profit guidance to 5.3 to 5.6 billion krone from 5.1 to 5.4 billion krone previously.

“The record high margins were driven by continued improvement in productivity across the organization. At the same time, the remaining synergies from the UTi integration have now been realized,” the Copenhagen-based firm said.

In addition, the DSV road division, which operates more than 20,000 trucks daily, the majority in Europe but also a growing number in North America and South Africa, continued to gain market share with shipments increasing 4 percent year over year.

The group has been able to increase prices during the first half of the year; still, the European trucking market remains highly competitive, and that has increased pressure on gross margins, which are expected to be around 17 percent moving forward.