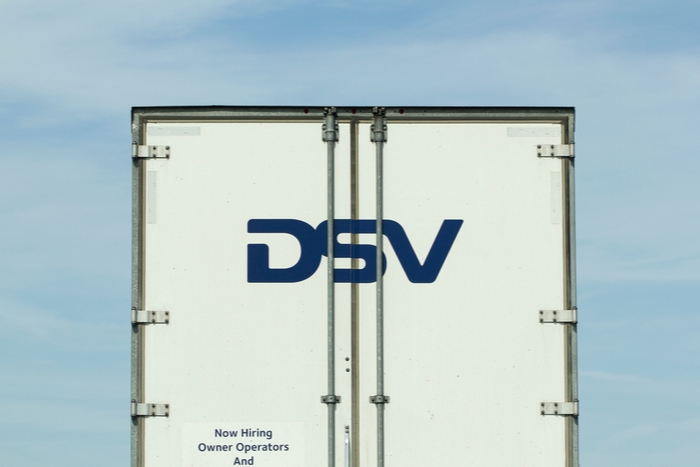 The integration of Panalpina volume and revenue allowed DSV to report a good start to 2020, despite the demand-crushing effects of the coronavirus. Photo credit: Shutterstock.com.

DSV expects the greatest impact of the coronavirus disease 2019 (COVID-19) on its business, and on the overall logistics market, will be felt in April and May as lockdowns in major markets drive down volume across the air and ocean sectors.

“We don’t have hard volume numbers for April yet, but we believe the market for air freight in April could fall as much as 30 percent, and the sea freight market by 20 percent,” DSV CEO Jens Bjørn Andersen said Thursday during the Denmark-based forwarder’s first-quarter earnings call.

DSV reported a first quarter in which earnings and volume received a welcome boost from the $5.2 billion acquisition of Panalpina last August. Revenue was up 36.6 percent year over year to $3.9 billion, and earnings before interest and taxes (EBIT) rose 7.6 percent to $228 million. But the worsening impact of the coronavirus in February and March dragged down net profit to $48 million, from $140 million in Q1 2019.

CFO Jens Lund told analysts the coronavirus knocked 250 million DKK ($36 million) off the forwarder’s first-quarter operating profit. “Panalpina’s integration pushed up the numbers, while COVID-19 has drawn the numbers in a different way,” he said.

The grim second-quarter prediction echoed competitor Kuehne + Nagel, which also reported its first quarter earnings this week. The Swiss-based forwarder’s financial indicators were negative, with net profit tumbling 23.2 percent on a 6.2 percent year-over-year decline in total revenue due to slowing demand. CEO Detlef Trefzger said K+N is also expecting a “severe volume decline” in April and May, followed by a slow recovery from June.

For the first quarter of 2020, DSV’s air and sea segment increased its gross profit 59 percent year over year to $565 million, and its earnings before interest and taxes (EBIT) 13 percent to $164 million. Air freight volume soared 112 percent to 360,000 metric tons, thanks in large part to the contribution of Panalpina, compared with an overall market decline of 8 to 10 percent. The segment’s ocean freight volume was up 60 percent to 575,814 TEU, while the market fell 5 to 7 percent, according to DSV.

The air freight market is currently being driven by global demand for vital personal protective equipment (PPE) to help in the battle against the coronavirus. But there is an acute shortage of space because 44 percent of the available air cargo capacity has been removed from service as travel bans keep most of the world’s passenger planes on the ground.

Andersen said in this environment, DSV was well-placed to capture market share using its own capacity and the Panalpina legacy freighter network that includes a Boeing 747-400 freighter.

“With the large demand for PPE out of China, it is a Wild West spot market at the moment and there is tremendous congestion in airports like Shanghai,” said Andersen. “But to have air freight capacity right now is great, and it has been super attractive to customers to offer that capacity, both on our own freighter plane as well as the charter capacity that we have with commercial airlines.”

DSV is now settling in for a difficult second quarter with most of the verticals it serves under pressure. “Activity levels are down and that affects us,” said Lund. “The burden will be felt in April and in May. April will probably be the worst month as retailers are still closed, as are restaurants and everything else. When we get into May it could come up a bit.”

Looking further ahead, Andersen said DSV has withdrawn its 2020 outlook with the global transport and logistics markets experiencing a negative impact from the coronavirus that was not possible to assess at this stage. But the CEO said he was not anticipating a V-shaped recovery that would rapidly take demand and volume back to 2019 levels.

“My view is that consumers will be reluctant to go out and spend a lot of money and that will have a big effect on world trade,” he said. “But we could also see a lot of restocking going on because many industries are low on inventory, and also some companies might want to increase their stock holdings so they are not as exposed should there be another crisis.”

Where that restocking will be sourced as the world emerges from the coronavirus is a discussion logistics providers are having with their customers. But changes in sourcing patterns, or a rush to nearshore production to avoid supply chain issues in the future would benefit logistics providers such as DSV, Andersen said.

“The single source strategy could be under a lot of pressure, but I think it will get more diversified and supply chains will become even more complex,” he said. “If US customers drag production to Mexico, we can make the same profit driving a container from Mexico to the US as we can shipping a container from China to the US.”