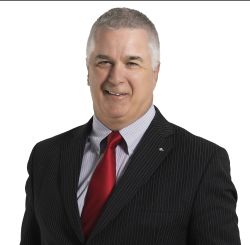 Interroll, a maker of pallet rollers, drives, conveyors and other components that keep products flowing through modern distribution centers, is expanding its own distribution network to meet growing e-commerce-fueled demand from its customers.

The Swiss company last month opened a 100,000-square-foot manufacturing and distribution center in Hiram, Ga., just outside Atlanta. The “regional center of excellence” will build subsystems for distribution and fulfillment centers.

The Hiram facility is part of a $40 million U.S. expansion by the $358 million manufacturer, said Tim McGill, president of North and South American operations. “We’ve made some major changes over the past year” in the U.S., McGill said.

That includes the acquisition last July of Portec Group International, a Colorado-based maker of conveyor belt curves used in airports and distribution and postal centers and the consolidation of smaller plants and DCs into the Hiram facility.

Interroll is reorganizing its business in the Americas to meet rising demand — the company reported a 20.4 percent increase in sales in the region last year, fueled in part by repeat sorter orders from companies such as Amazon and top U.S. importer Walmart.

Home Depot’s 1-million-square-foot Atlanta-area DFC is the first of three e-commerce fulfillment centers the home improvement retailer plans to open over the next two years, as it re-engineers its distribution model for greater online sales.

Online retail sales in the U.S. alone are expected to grow to $370 billion in 2017 from $262 billion in 2013, increasing at a 10 percent compound annual growth rate over the next five years, according to a report from Forrester Research.

Interroll also is expanding in China, where e-commerce is booming. The company opened a new Asian headquarters in Shanghai March 27 and named its Suzhou manufacturing and distribution facility a “regional center of excellence.”

That burgeoning demand is an opportunity and a challenge for suppliers like Interroll, which has had to increase the size and output of its own facilities, improve its own logistics and develop new technology to meet the needs of global customers.

That means picking, sorting and conveyor systems need to handle everything from polybags to cartons to pallets and larger, bulkier items increasingly sold online — think patio furniture or appliances sold through websites or mobile phones.

“There’s a correlation between speed and accuracy, and you need to find the right balance,” McGill said. “The induction of goods into the system needs to be optimized, because these goods need to get to their destination right the first time.”

The Hiram plant will specialize in distribution systems geared for e-commerce, small- and large-item sortation and picking systems, McGill said. “(Sales) of these systems are going to continue to grow rapidly,” he said, as e-commerce expands.

That expansion, and intense competition, will drive more distribution automation, he said. “With Amazon doing food distribution, a lot of retailers that weren’t so committed to e-commerce have been forced to sit up and take notice,” McGill said.

“Technological advances in fulfillment are affecting the demand for warehouse space, influencing not only building size requirements, but also the location and build-out of the facilities,” the forecast said. That’s good news for Interroll.

And as more consumers take advantage of special seasonal online sales, “you simply won’t be able to deal with the huge volumes at the peak without automating,” McGill said. “You can no longer do this manually and deal with these huge bumps.”