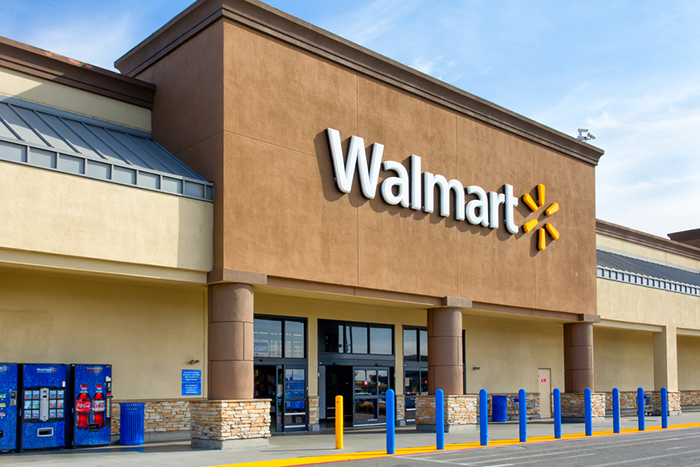 Inventory levels at two of the largest U.S. retailers diverged in the second quarter.

Signs the long-awaited reduction of U.S. inventories is under way are surfacing in the earnings reports of some major retailers, including Wal-Mart, the largest U.S. retailer. But retailers also show signs of struggling to strike a balance between online and in-store goods.

The goal of lowering inventory (and related costs) can clash with the desire to sell more products and a greater variety of products online, as well as in stores.

Total stockpiles of consumer goods at Wal-Mart dropped 2.3 percent year-over-year to $43.5 billion in its latest quarter, which ended July 31. Comparable store inventories declined 6.5 percent from the same period a year ago, the $482 billion retailer said Thursday.

That “significant inventory improvement,” a $1 billion year-over-year reduction, helped boost free cash flow at Wal-Mart 96.3 percent from the first half of 2015 to $10.3 billion.

“The team did a great job of managing the flow of inventory,” Doug McMillon, Wal-Mart Stores president and CEO, told Wall Street analysts in an Aug. 18 earnings conference call.

On a smaller scale, department store chain J.C. Penney also cut inventories in the quarter, reducing merchandise stocks 1 percent to $2.98 billion. “We feel good about the content and composition of our current inventory position during this all-important back-to-school selling season and as we head into the back half of the year,” Ed Record, CFO, said Aug. 12.

Target, however, increased inventory 4.5 percent to $8.63 billion in the quarter. Target executives stressed the retailer is investing in non-seasonal inventory to reduce the risk of stock-outs, either on the shelf or online, when customers pick or click on an item to buy.

“To prepare for this holiday season surge, we are investing to ensure our stores can continue to deliver a great pickup experience in the face of rapidly increasing demand,” Chief Operating Officer John Mulligan said in an Aug. 17 earnings call transcribed by Seeking Alpha.

As consumer demand evolves and e-commerce sales rise, getting the in-store and online inventory mix right is increasingly difficult, as is determining inventory needed to avoid out-of-stock situations and managing inbound freight, all while competing with Amazon.com.

Inventories have been piling up for years at retailers, wholesalers and manufacturers, depressing freight demand, contributing to overcapacity in trucking and filling every nook and cranny of available warehouse space.

Total U.S. business inventories rose 0.2 percent in June from May to $1.81 trillion and were up 0.5 percent from a year ago, according to U.S. Census Bureau data released Aug. 12. "Bloated" inventories may actually make it harder for retailers to get the right products to the customers, with older, less-in-demand products taking up valuable supply-chain space.

As Wal-Mart sweeps out those back rooms, however, it’s also adding new stock-keeping units to store shelves and its e-commerce basket.

Wal-Mart’s e-commerce sales increased 11.8 percent year-over-year in the quarter, while net sales in the U.S. increased 3.1 percent to $76.2 billion. Order online, pickup in store grocery business contributed to the increase.

“We added grocery pickup to 30 more markets this quarter bringing our total to more than 60 markets and nearly 400 locations,” McMillon said.

“We are growing our marketplace offering at a strong pace. Since the beginning of the year, we’ve added about 7 million new items to the assortment and today offer approximately 15 million SKUs.”

Wal-Mart made its biggest bid yet for online business by agreeing to acquire e-commerce startup Jet.com for $3 billion in cash and $300 million in stock, a deal announced Aug. 8.

“Operating Walmart.com and Jet.com will allow us to reach even more customers and drive a higher level of growth more quickly,” McMillon said Aug. 18. He noted Jet.com makes it easier for customers to build a basket of goods.

“When customers build a basket of goods online rather than ordering one item at a time, shipping economics are in their favor and ours,” he said.

The company’s technology was a key purchasing point, however. If the acquisition gets regulatory approval, Wal-Mart with operate Walmart.com and Jet.com separately but leverage technology from both companies to keep customers clicking on their baskets and keep goods moving.