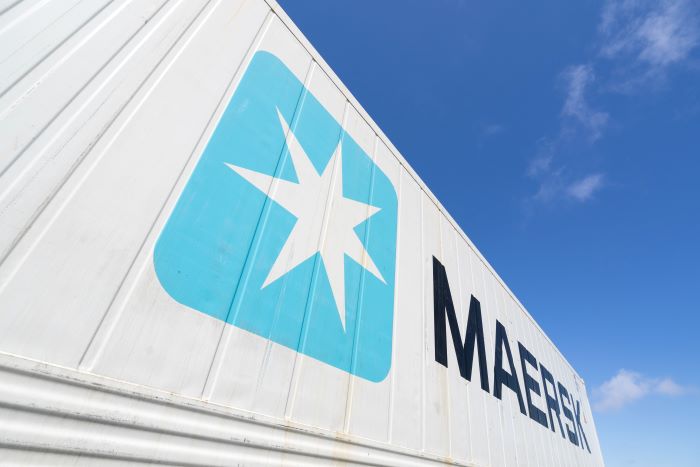 Maersk and India’s APEDA will launch an end-to-end logistics pilot program to allow fresh green chilies produced in the country’s northern interior to be exported into the Persian Gulf. Photo credit: Shutterstock.com.

Leveraging its sophisticated reefer handling capabilities, Maersk is targeting Indian farmers and food producers for more cargo opportunities as port volumes in and out of the country show signs of a downward trend due to weakening economic conditions at home and away.

Mirroring that push, the carrier recently teamed up with the Agricultural and Processed Food Exports Development Authority (APEDA), an export trade development arm under the aegis of the Ministry of Commerce & Industry. They’ll launch an end-to-end logistics pilot program to allow fresh green chilies produced in the country’s northern interior to be exported into the Persian Gulf.

Maersk (India), in a statement to JOC.com, said it delivered the first such shipment from Varanasi in the state of Uttar Pradesh through Jawaharlal Nehru Port Trust (JNPT) to Jebel Ali in the United Arab Emirates in nine days, including the first-mile transit.

The carrier said the Varanasi region — comprising Ghazipur, Jaunpur, Chandauli, Mirzapur and Sant Ravidas Nagar — is home to some of the top growers of fresh fruits and vegetables, including okra, bitter gourd, green peas, brinjal, mango, and guava, and that the specialized cold chain logistics offering presents a significant opportunity for them to boost their exports.

“The economy of Uttar Pradesh is predominantly agrarian and performance of agriculture and allied activities such as horticulture, animal husbandry, dairying, and fisheries are critical in determining the growth rate of the state,” Steve Felder, Maersk’s managing director for South Asia, said. “Additionally, due to its favorable climatic and geographical conditions, the agricultural produce from the state, especially [the] Varanasi region, enjoys a preferred demand in the global market, which is the reason the government has plans to make it an export trade hub.”

The carrier noted an APEDA facilitation office in the works will open the door to even greater export prospects out of the region.

Outlining the operational complexities involved, Maersk said on the back of its remote container management (RCM) technology, it was able to keep the container at the recommended temperature throughout the transit — from Varanasi to Jebel Ali — in order to prevent contamination and ensure freshness up to the final destination.

“Our initiative to take local produce to global market is in line with our aim to be a global integrator of container logistics connecting and simplifying trade for the farmers and entrepreneurs across the region,” Felder said. “By delivering on ensuring that the chilies reached its destination in top quality, by ensuring on-time delivery, and by taking responsibility of various phases of the logistics, Maersk went all the way in making sure its customers were satisfied by the offering from the company.”

A Maersk (India) official told JOC.com the door-to-door supply chain package included intermodal and other documentation requirements at the origin. He also said the carrier has more customer bookings lined up for shipment under similar contract arrangements.

Further, the Indian government appears to be aligned with rapidly growing reefer industry demands as it has lately begun refocusing on building large cold chain parks in proximity to gateway ports, as part of its broad “Sagar Mala” port-led development program to provide shippers with more competitive secondary sorting, processing, and distribution services under one roof.