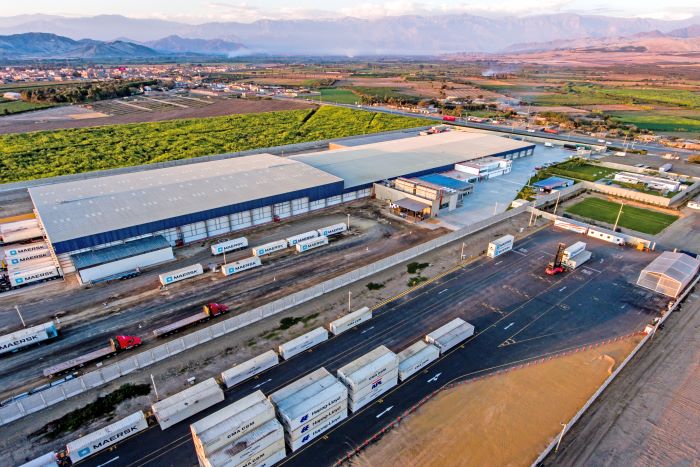 The avocado harvest in Peru started in late April, but during the first week of June, a shortage of available reefer containers forced Mission Produce to reschedule the dispatch of some containers. Photo credit: Mission Produce Peru.

There’s an adage in the food industry about its ability to persevere in times of economic downturn: People still have to eat.

While true, both the strengths and weaknesses of the food supply chain are exposed now as food producers, logistics providers, and the food service and retail grocery channels abruptly shift gears to satisfy consumers’ desire for an uninterrupted array of foods to which they’ve become accustomed. That means year-round availability of fresh fruits and vegetables, along with meat, seafood, and dairy products that are increasingly part of the growing middle-class diet in emerging economies.

China and Vietnam are good examples. US pork exports to China/Hong Kong set a record in April with the export value hitting $268.5 million, up 284 percent over April 2019, according to the US Meat Export Federation (USMEF), which added that most of the exported pork was comprised of boxed carcasses (41 percent) and bone-in hams (10 percent).

These “less labor-intensive products made up more than half of this year’s shipments to China, which is critical for processors during these challenging times,” the USMEF said.

“Processing delays have been a concern for our international customers, but these issues are not unique to the United States, as other meat-exporting countries have also experienced plant closures and slowdowns due to COVID-19,” Joe Schuele, vice president of communications for the USMEF, said.

Similar to China, Vietnam’s domestic pork production has been severely impacted by African swine fever, forcing the country to rely more heavily on imports even prior to the pandemic. From January through April, US pork exports to Vietnam nearly tripled to 5,638 metric tons, up 191 percent, with their value up 160 percent to $12.4 million over the same period last year.

Schuele acknowledges the logistical challenges that food shippers are encountering with regards to China and other markets. “But keep in mind that the US and every other pork supplier in the world is sending unprecedented volumes to China in 2020 due to its shortage of domestic pork,” he said. “Realistically, there is no way this can happen without some delays and hiccups.”

Avocado exporters in Peru — the world’s second-largest exporter after Mexico — are also adapting to the current supply chain challenges while simultaneously working with logistics partners to satisfy demand in the US and reach consumers in new markets, including Thailand and Korea.

Katty Paredes Otazu, export manager for Mission Produce, says the avocado harvest in Peru started in late April. During the first week of June, a shortage of available reefer containers forced the company to reschedule the dispatch of some containers. She also acknowledged some cost increases for local transportation and operations due to COVID-19. Another obstacle is limitations on “the opening hours for the delivery of empty containers at the depots, which forces us to reprogram some loads,” she said.

Maersk’s Sealand transports Mission Produce avocado shipments from Peru to the US via two gateways, Southern California’s Port Hueneme, and the Port of Philadelphia. “Port Hueneme is located 20 minutes from our packing house, and avoids delays and cost overruns in import logistics,” said Paredes Otazu. “Philadelphia receives 65 percent of the volume destined for the US. In addition, cargo that travels in transit to Canada also enters through [the] port.”

Peruvian avocados are being exported to Asia, too. “Thailand opened last year; this year it was Korea,” Paredes Otazu said.

“We have been betting on technologies that allow us to give our avocados improved shelf life, and we are willing to carry out tests that help us reach new destinations with better prices while maintaining the quality of the fruit,” she said.

“It is very important for us to have visibility into temperature [and the environment inside the reefer container], which allows us to know in real time if the cargo will arrive with problems,” Paredes Otazu said. That information makes it possible to “react quickly and change the destination to help reduce loss,” she said.

Launched earlier this year, Sealand’s “Captain Peter” is a virtual cargo assistant and visibility tool that helps monitor the cargo condition for shippers. “Captain Peter keeps an eye on all of it, and notifies the customer if something needs attention,” Silvia Cordova, Peru commercial manager at Sealand, said. “The data is now cloud-based for increased agility and can be easily shared as well as configured to the customer’s specific needs.”

The Captain Peter app is the successor of Sealand’s previous RCM (remote container management) commercial product. Since the launch of Captain Peter in December 2019, approximately 1,800 Sealand customers have signed up to use the app.