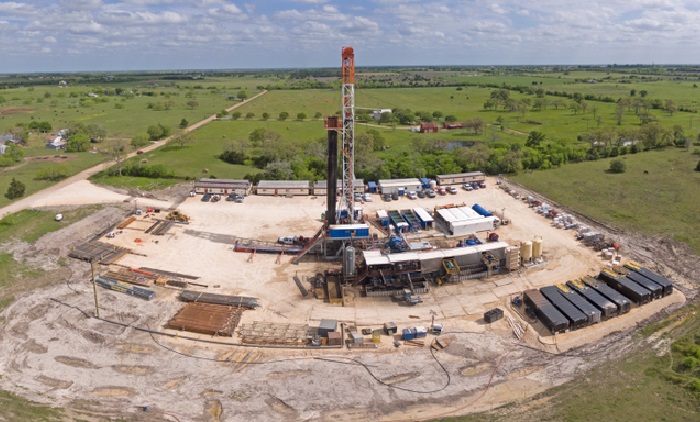 “Adding N/J International to the Manitoulin family was a natural choice given the strong business ties between Texas and Alberta,” said Dwayne Hihn, president of Manitoulin Global Forwarding. (Above: An oil/gas well in Texas.) Photo credit: Shutterstock.com.

Growing international freight and energy demand has Canada’s Manitoulin Global Forwarding reaching deep into the US, acquiring N/J International, a Houston-based provider of air and ocean freight, warehousing, crating, distribution, and supply chain services. The acquisition bridges two oil-rich markets: Texas and Alberta, and it is Manitoulin’s first in the US.

“Adding N/J International to the Manitoulin family was a natural choice given the strong business ties between Texas and Alberta,” said Dwayne Hihn, president of Manitoulin Global Forwarding, a subsidiary of the Manitoulin Group of Companies. The forwarder “is now positioned as the premier provider to the oil and gas and project sector on both sides of the border," Hihn said.

Brian Fainter, who had been president of N/J International, will serve as president for all US sales and operations for Manitoulin Global Forwarding, the company said.

The N/J International acquisition is the latest of several of purchases by the forwarder’s parent company, Manitoulin Group, as it expands within Canada and internationally and broadens its portfolio of transportation and logistics services. Most recently, asset-based Manitoulin Transport acquired Quebec-based trucking operator Express Havre St-Pierre.

Manitoulin has been expanding from its base in central Canada for more than a decade now, and Alberta’s oil- and natural gas–rich market has long been tied to the company’s expansion. The western Canadian province recently announced $600 million in funding to spur construction of petrochemical “upgrading” projects. That is expected to spur freight demand.

Alberta has received 23 applications for petrochemical upgrading projects from Canadian and international companies, representing $60.2 billion in potential investment in Alberta’s energy sector, according to the office of Alberta Premier Rachel Notley. The province’s energy sector, however, has been hit hard by low oil prices and the failure to complete pipelines.