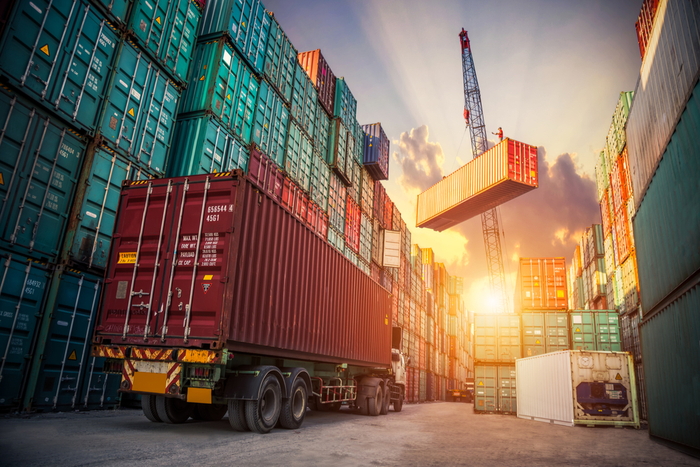 The string of mergers and acquisitions in the logistics space is expected to continue apace. Photo credit: Shutterstock.com.

But the takeover frenzy has also raised doubts about the outlook for medium-sized, regional firms who are unable to grow or compete as niche players in what is a $4 trillion global industry.

A flurry of M&A activity this year has so far included the takeover of logistics giant Panalpina by Danish transportation company DSV and the acquisition of Ceva Logistics by French carrier CMA CGM. The spate of purchases is set continue with DFDS, Kuehne + Nagel, and SEKO Logistics all outlining plans for further acquisitions.

“My personal view is that consolidation will continue,” Paul Zalai, director of Australia’s Freight & Trade Alliance (FTA) and the Australian Peak Shippers' Association, told JOC.com. “However, shippers will continue to benefit for the foreseeable future with ongoing healthy competition and service options.”

The FTA represents more than 100 shippers, including Cargill, Costco Wholesale Australia, and Alibaba.

“Much like an association, I feel that the larger the company handling a customer's shipments, the better rates they might be able to offer a shipper,” Stevens said. “However, like any competitive business, the less options a customer has, the more that company might be able to price higher out of necessity.”

Deals can be mutually beneficial

Pointing to the benefits to shippers, Mike Short, president of global forwarding at acquisitive US forwarder C.H. Robinson, said merger deals can benefit the shipper and the buyer.

“Growing our global network offers shippers the opportunity to work with one company for all their transportation needs — including ocean, air, customs brokerage, trade compliance, vendor management, and surface transportation,” Short said.

The company has been snapping up regional players including Space Cargo Group, a logistics company with operations in Spain and Colombia, and Milgram.

Brian Nemeth, a New York-based partner at strategic planning and corporate restructuring firm AlixPartners, said forwarders will be able to provide more services and expand their geographic reach through mergers and acquisitions.

“From the shipper perspective, there are sets of players that prefer to be a bigger fish in a smaller pond — i.e., be a more important customer for a smaller forwarder,” he said. “There are also large players that will want the geographic reach and full-service offerings the larger forwarders can provide.”

That comes as banks in Asia, particularly those in Hong Kong, are being approached by logistics firms and freight forwarders to find potential merger partners, industry sources said.

Specialist law firms, including Harneys, which acted as British Virgin Islands (BVI) counsel for UTi Worldwide in its 2016 $1.2 billion merger with DSV, have also seen an uptick in interest.

“M&A activity, and strategic M&A in particular, is booming at the moment and we see the logistics industry as one of a number of very active industry sectors which will see further consolidation in the near term. We have continued to see a number of enquiries from clients in this space,” said George Weston, counsel at Harneys BVI office. “Given the global nature of the industry, it’s very easy to see why consolidation and economies of scale make sense, and it’s been interesting to see a real emphasis on information technology synergies in recently announced deals.”

“Regional and very local players are working out or wondering what they should do. Do they sell? It is getting harder to compete and global reach is now almost a prerequisite to engage with customers,” he said.

Gildea, who has held senior management positions at UPS, UTi, Agility, and PwC in Hong Kong, has worked on a raft of M&A deals.

“I think mid-sized firms will struggle when they come up against the likes of DSV-Panalpina, DHL, and [DB] Schenker unless they have a specialization such as in oil industry logistics or chemicals or fairs and events logistics,” he said, adding freight forwarders “need to reinvent themselves.”

While the level of M&A activity in the transport and logistics industry slowed last year to 219 deals worth $115.3 billion from 283 worth $134.2 billion in 2017, activity is expected to pick up this year, PwC said in a January report.

“We are seeing an uptick in M&A activity and inquiries with multiple deals in progress,” Nemeth said. “There has been consistent interest in the space from private equity. A lot of interest is coming from the potential growth in Southeast Asia.”