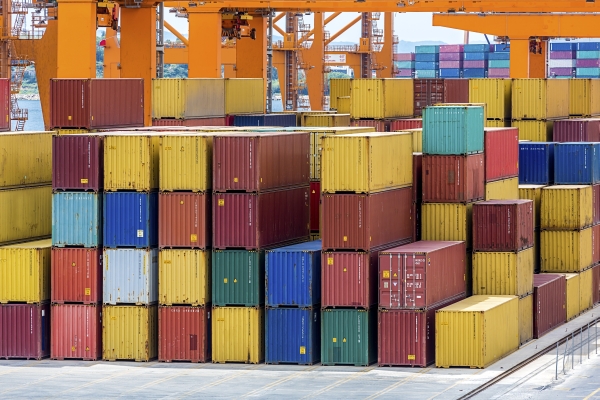 Cargo containers at the Port of Piraeus.

Major merger and acquisition activity in the global transportation and logistics industry was nothing spectacular in the third quarter, but a potential wave of privatization of ports, airports and roadways could energize the market in the coming year.

There were 40 transportation and logistics transactions worth $50 million or more in the third quarter, totaling $10.2 billion. Despite there being three less deals in the second quarter, the total value of transactions in that period was larger with a total value of $16.3 billion, according to PwC US, the U.S. firm of PricewaterhouseCoopers.

The average deal size of $256 million in the July, August and September period was the weakest quarterly average in four years. The number of deals in the third quarter and their total value are also less than in the same period a year ago, when there were 42 transactions totaling $19.5 billion.

That dip could be short-lived if local, state and national governments privatize more “quality assets,” namely seaports, airports and roadways, in the coming months, Jonathan Kletzel, PwC’s U.S. transportation and logistics leader, told The Journal of Commerce. Brazil and Europe are two strong contenders for seeing a surge in privatization.

PwC said that the “modest” financial investment in the industry is concentrated in shipping deals, especially port stakes.

COSCO Holdings Co., for example, in September agreed to spend $287 million on expansion of its container terminal at the Port of Piraeus, in Greece, a move that is expected to allow the Chinese conglomerate to buy the government’s remaining 74 percent stake.

Brazil has had a dodgy path to privatization of its transportation infrastructure in the last decade, but is trying to change that by undertaking a $25 billion public-private drive to modernize crowded ports. Brazil has already this year granted concessions for four airports to private operators, according to reports. But the government in September postponed concessions for the airports of Galeao, in Rio de Janeiro, and Tancredo Neves/Confins, in the southeast, according to Business News America. A need for better service and a lack of government funding are driving the privatization push in Brazil, said Michael Portnoy, a transportation analyst at PwC US.

Kletzel said there is some potential for consolidation of smaller ocean shipping carriers. Maritime analysts point to line consolidation as one way to reduce volatility in an industry plagued by rising capacity and moderate demand, resulting in unsustainable rate slashing.  The likelihood of container liner consolidation happening over the next year isn’t good, said Tan Hua Joo, an executive consultant at Alphaliner. That’s because political hurdles remain and carriers still have access to capital markets to finance the building of larger ships, he said in October at The Journal of Commerce’s 7th Annual TPM Asia Conference in Shenzhen, China.

Compared to the rest of the world, the prospects for more major M&A activity in the U.S. logistics and transportation industry are less robust, Kletzel said. The freight rail industry has already been consolidated, and the passenger airline industry will be in a similar spot if the U.S. Airways and American Airlines merger goes through, he said.

There was, however, an uptick in the third quarter of U.S. deal volume, driven by local trucking and passenger air deals, he noted. Kletzel said the U.S. trucking and forwarder sectors are the most ripe for an increase in mergers and acquisitions. The trucking industry, battered by the recessions, still needs healthier balance sheets before consolidation accelerates.

Strategic buyers continued to drive M&A activity in the second quarter, with such buyers being involved in 75 percent of deal volume. There is scant data on whether strategic buyers are wading deeper into the transportation and logistics space, but Portnoy has observed anecdotal signs of such a trend. Such deals are seen by strategic buyers are having generally steady returns that can help protect them from an inflation standpoint, he said.

“While M&A continues to be an important component toward achieving strategic growth, transportation dealmakers are tending to view the current market with a high degree of caution and in turn, focusing on smaller, local-market acquisitions that are easier to integrate,” Kletzel said.  “However, they are clearly willing to pay higher valuations for the ‘right deal.”

An earlier version of this story misstated the average M&A deal size and that strategic buyers were investment firms.