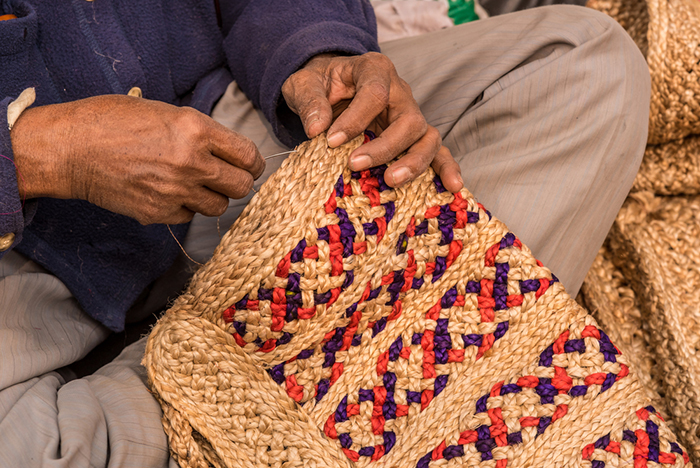 Indian exports, such as this handcrafted jute weaving, are rebounding after a slide that lasted more than year.

Provisional trade figures released by the Ministry of Commerce and Industry show India’s merchandise exports increased by 1.3 percent year-over-year to about $22.6 billion in June, reversing one-and-a-half years of monthly declines. The reversal came even as China suffered a 4.8 percent decrease in its global exports last month and lackluster global demand.

For the Narendra Modi government, the turnaround is the first success in its long-term strategy to double exports to $900 billion and gain a 3 percent share in world trade by fiscal 2019 to 2020.

Despite the good news, uncertainty remains around the impact of Brexit on the pace of export growth and more government efforts are required to accelerate export growth, according to the Federation of Indian Exports Organisations, or FIEO.

India must now identify products at the micro level to promote internationally to achieve double-digit growth and bring exports to $300 billion in fiscal 2016 to 2017, FIEO said.

Imports during June were down 7.3 percent from the same month last year to $30.7 billion, bringing down India’s trade deficit with the world to about $8 billion from $10.8 billion in June 2015.

In the first fiscal quarter through the end of June, India’s total exports shrank 2.1 percent year-over-year to $65.3 billion. First-quarter imports tumbled 14.5 percent from April to June 2015 to $84.5 billion, resulting in a cumulative trade deficit of $19.2 billion, down from $32.2 billion in the corresponding period in 2015.

Looking ahead, the positive export indicators could be a motivating force for foreign investors who are looking to bid for new infrastructure projects in the emerging Asian economy. In order to lure prospective U.S. investors, India’s Road Transport, Highways & Shipping Minister Nitin Gadkari last week held talks with U.S. Transportation Secretary Anthony Foxx in Washington and also set up a series of investment meetings to showcase various Sagar Mala projects.