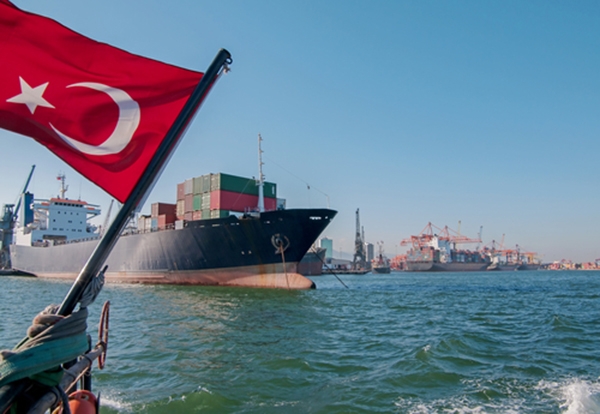 The escalating political and economic crisis in Turkey, sparked by bribery and corruption investigations that have forced three cabinet ministers to step down, threatens to undermine the nation’s ambitious bid to become a global logistics hub.

Turkey’s image as an emerging market superstar, on the wane since a heavy-handed crackdown on anti-government protests in June, has taken further knocks in recent weeks as the mildly Islamist Prime Minister Recep Tayyip Erdogan responded to the graft inquiry with a bill that would give the government a bigger role in appointing judges and prosecutors.

A brawl in Parliament on Sunday and the sacking of several police chiefs and around 350 police officers and the arrests of dozens more, is sure to scare off potential foreign investors and prompt downgrades by previously bullish ratings agencies.

And that could prove terminal for big-ticket infrastructure projects that are critically reliant on foreign finance. The European Bank for Reconstruction and Development estimates Turkey’s infrastructure requirement at between €200 billion and €400 billion (US $272 billion to US $544 billion) over the next decade.

Nervous foreign investors have stayed on the sidelines since the crackdown on anti-government protests last year. Foreign direct investment has plunged from a peak of $22 billion in 2007 to just $11 billion in the 12 months to September 2013. The United States’ curtailment of its quantative easing program in December also is slowing the inflow of foreign funds. Barclays estimates Turkey’s external financing needs at around $217 billion in 2014, more than five times the central bank’s net foreign exchange reserves.

Most at risk are two mega-infrastructure projects championed by Erdogan: a new $53 billion Istanbul airport, the world’s biggest, which would also become a major cargo hub, and a 32-mile-long canal linking the Black Sea and the Marmara Sea that would divert ships from the heavily congested Bosporus Strait.

It doesn’t help Turkey’s image that allegations of bribery, corruption and tender-fixing focus on the infrastructure sector. Or that top businessmen linked with the airport project have had their assets frozen. Or that Erdogan reckons they have been picked on by international plotters who just can’t stand the thought of Turkey building the world’s biggest airport.

Other projects, including a high-speed train track from Istanbul to the capital, Ankara, and a $6 billion highway to the industrial city of Izmir, also are at risk if foreign funding is choked off.

Erdogan, in power since 2003 with three election victories under his belt, is credited with transforming Turkey into one of the world’s top-performing emerging economes, with annual growth averaging 5.2 percent in the last decade and surging to 9 percent in 2010 and 2011. This has hugely benefited a transport sector struggling to keep pace with Europe’s fastest growing economy. Turkish Airlines is expanding as fast as Arab Gulf carriers; airport traffic jumped 15 percent last year; the privately-owned Yildirim group came to the rescue of France’s CMA CGM and swapped a $600 million capital injection for a 24 percent stake in the world’s third-largest container shipping line; Denmark’s APM Terminals is investing $400 million in a container terminal near Izmir; KKR, the U.S. investment fund, bought UN RO-RO for $1.3 billion back in 2007, and is now seeking a buyer for the short sea shipping line; leading multinationals like Coca Cola and Microsoft have established regional headquarters in Istanbul.

But Turkey’s future as a global logistics hub is now at risk as its once stellar economy sputters and Erdogan’s increasingly authoritarian stance raises questions about the nation’s economic governance.