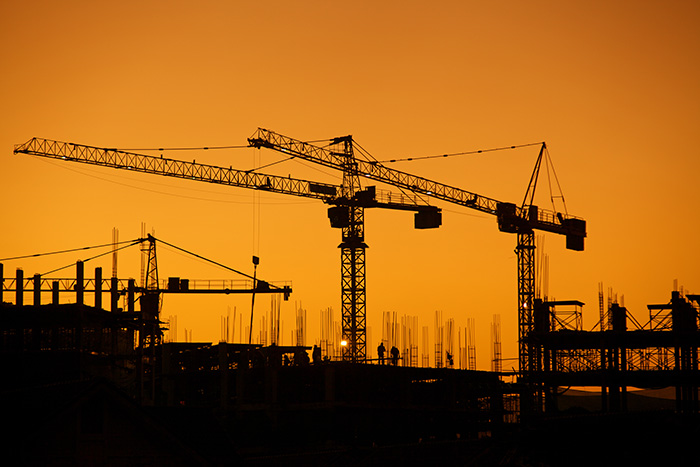 Major oil and gas projects were down about 30 percent in 2018, as the offshore sector faced increasing competition from onshore shale and renewables. Photo credit: Shutterstock.com.

Last year, 2018, was a decent year for capital project growth, but doubts are increasing about the sustainability of that growth, according to Phyllis Kulkarni, regional director, North America, at Independent Project Analysis (IPA).

Although she is seeing only limited examples of companies canceling already-planned investment in the US, “tariffs are affecting longer-term investment decisions,” Kulkarni told JOC.com.

Capital is shifting toward emerging markets. Over the past couple of years, investment in the US Gulf Coast region has been a “hot topic” for the chemical sector as investors took advantage of inexpensive shale feedstock, but “that wave has largely been implemented,” she said during a recent JOC.com webinar. Many IPA clients are in early- to mid-construction for major US investments — but when it comes to planning future investments, they are turning their attention overseas.

Resource constraints are affecting mega-projects (i.e., projects with budgets over $1 billion), Kulkarni said, with cost overruns and schedule slippages that can be traced back to staff shortages and a lack of competency across engineering and construction functions. These issues “give companies pause as they think about the size of investments they want to make,” she said. Earlier collaboration and better alignment on design, transportation, and execution would improve the situation. Investment in training, staffing, and organization, for both owners and EPC, could help overcome the gap, she said.

Thanks to a notable shift away from offshore oil and gas development to smaller onshore and unconventional projects, IPA expects a significant drop-off in energy project capital spending in 2019.

Major oil and gas projects were down about 30 percent in 2018 versus the norm over the past five to 10 years, and this dampening should continue. Offshore is increasingly challenging to access, requires hefty investments, and can take five years or so before earnings kick in, Kulkarni noted, while shale (unconventional) is cheaper and faster.

“Onshore, you are drilling wells and building pipelines,” she said. “Offshore, it’s massive facilities and big capital expenditures. So, it’s not that demand has fallen, but that companies can meet demand through shale and renewables.” However, shale development is likely to slow down in 2019 from a 2018 jump.

The one outlier in terms of adding new energy capacity is Southeast Asia, where a relentless demand for electricity is expected to drive significant investment. Power generation capacity should more than double over the next 20 years, Kulkarni said. This means many potential projects of all types — coal, gas, and renewables — will be built, plus the associated transmission and distribution capacity.

The mining/minerals and metals sector is poised for growth in 2019, thanks to relatively stable commodity prices for gold and other base metals. However, Kulkarni said, “Over the past years, [these] companies have chosen to focus on mergers, acquisitions, and consolidations as a means to growth. But if they’ve worked their way through those initiatives, they’re now seeing the need to invest in new assets or renew their existing assets to maintain their market capitalization.

“So, for gold, base metals, aluminum, and steel, we expect to see some pretty significant investment. The one caveat I’ll add is that the picture’s looking gloomy for South America after the recent news about the Vale accident, with the dam collapse. Our office in Latin America is expecting that to have a significant impact on project approvals across Latin America, as Vale and other companies deal with the fallout from that significant accident.”

Refining is flat in the US and Europe, with investment driven primarily by maintenance needs, asset age, and the need to ensure flexibility and maintain production. Refining capacity increases are expected in Asia and in the Middle East, where governments are strategizing to keep more of the hydrocarbon value stream in the region but are also quite vulnerable to oil price volatility. Kulkarni expects a significant uptick in pipeline construction and in liquefied natural gas (LNG) transportation investment in the US and Canada.

The chemicals sector has been a growth engine in the US for several years, but, as noted, that is slowing. “We’ve seen a lot of major chemicals investments — ethylene crackers, polyethylene projects, and so forth — in the US Gulf. But from our perspective, that first wave is largely passed. Most of the major projects have either started up or will start up in the next couple of years.

“And while we do expect to see some derivative investment following the first wave, the second wave will be considerably smaller. Around this time last year, as we were talking with some of the major international chemicals and integrated oil companies, they were still considering some significant investments in the US Gulf Coast — additional crackers and so forth. However, over the past year, as the tariff issue has emerged and other economic factors have evolved, a lot of their interest has shifted to Asia in terms of the next round of chemical investment, particularly to Southeast Asia,” Kulkarni said.

Despite this slowing down, “we’re tracking about $600 billion in capital investment across the US and Canada over the next five years,” Kulkarni said. “We do expect many of those projects to be smaller; as I mentioned, many of the first petrochemical wave mega-projects are either in execution or have just concluded. And so, as the US has built up a lot of capacity, as the tariffs have started to take effect, and as companies have really processed some of the lessons learned from those mega-projects in terms of engineering issues — delays in construction due to shortage of competent and well-trained labor — that has started to shift their thinking about investing more overseas as well as investing in smaller projects rather than mega-projects.

“[For] Canada, we see the economic picture as fairly robust with the new NAFTA agreement being established last year, as well as some continued government incentives in the Alberta region to drive additional petrochemical and midstream investment.”

An underlying question facing the EPC industry, Kulkarni stressed, is a loss of competencies across owners and contractors. This, along with a tight employment market, could make it difficult to develop and execute major projects. Solutions include increased modularization, which shifts risk away from the field; standardization, which reduces design risk; and alternative contracting strategies, which should on board contractors and vendors into projects earlier, making design and logistics planning more competitive.

Despite these industry-related risks, near-term needs for energy, infrastructure, and transportation should continue to drive investment across various sectors and regions, Kulkarni said.