US petrochemical market grapples with tariffs

US petrochemical market grapples with tariffs 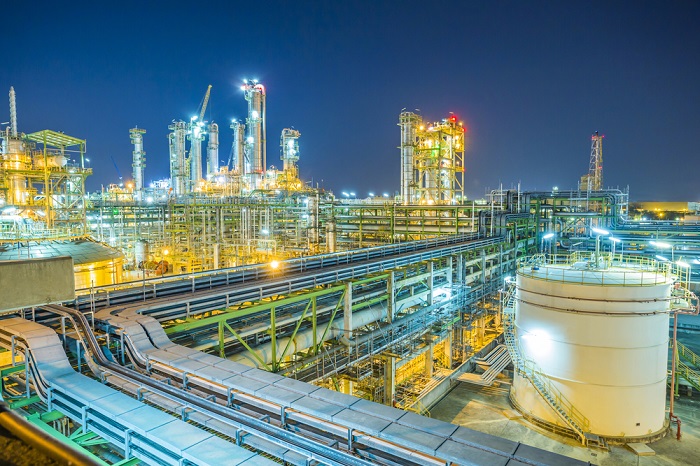 The US petrochemical buildout is driven by the availability of cheap ethane. Photo credit: Shutterstock.com.

Thanks to cheap shale gas, the US Gulf Coast has seen a surge in new and expanded petrochemical plants, pipelines, liquefied natural gas (LNG) export facilities, and other capital construction projects that have kept engineering, procurement, and construction companies (EPCs) and project cargo forwarders and service providers busy for several years.

The building spree, much of it in Louisiana and south Texas, should continue, all other things being equal. However, because imported steel and components are crucial to these construction projects, and because China is a key market for the LNG and plastic resins that this new capacity will produce, US and Chinese tariffs and trade wars are complicating the region’s project outlook.

The petrochemical buildout is driven by the availability of cheap ethane, a natural gas liquid that is a byproduct of oil and gas production and abundant in the US now thanks to the shale boom. Polyethylene, the world’s most common plastic, is made from ethane.

Back in the day, ethane was burned off or lost in the transmission of crude oil and natural gas (methane). How things have changed. It’s now the feedstock of half of all US plastics currently manufactured. Some 2 million barrels a day of ethane is expected to be in production by 2020, according to a series on shale and the petrochemical boom by the Houston Chronicle. The American Chemistry Council (ACC) expects shale-related exports to reach $30 billion annually by 2025.

However, dueling US-China tariffs are distorting the outlook for resin sales. If they do stay in place, “long term, it’s a big deal for future investment,” said Joel Morales, executive director Polyolefins Americas with IHS Markit, during a presentation at the Harris County International Trade & Transportation Conference in Houston in December. IHS Markit, a research and consulting firm, is the parent company of JOC.com.

The US petrochemical industry has been counting on the Chinese market, Morales said. Pre-tariff estimates were that approximately 3.6 million metric tons (4 million tons) of US resins would flow to China during 2019 alone — but with the current tariffs, “it’ll be half of that.”

An initial $34 billion in US tariffs did not affect plastics, Morales said. The second round of tariffs included a little-used plastic, so the effect on US exporters was minor. However, the Chinese government then targeted two high-volume resins that hit US resin exports hard, and US resin exports have already been forced away from China and into western Europe, South America, and the Indian subcontinent.

These markets are more difficult to serve than simply selling into China, Morales said, where producers can sell “50 million pounds” of the same product into one market at one price at the same time. Lose the Chinese market, and sellers must make different products “in onesey-twosies” for a range of buyers and prices.

Thus, US resin producers have taken a margin hit, Morales said. They are discounting to find new markets in Europe and South America, and they are encouraging the other large global resin producer, the Middle East, to take up the slack in the Chinese market, even though Chinese prices have fallen. The Middle East has a cost advantage, Morales said, while US producers have probably lost two to three cents per pound on average as a result of the tariff-induced trade war. “It’s been very bad for the global market,” Morales said. Global economic confidence is “a little nervous.”

The petrochemical buildout in the US Gulf is not geared to produce for the US market. These investments are designed “to monetize ethane and to supply the world,” Morales said. Despite the present retaliatory tariffs, he expects resin investment to continue through the mid-20s.

Where will all the US product go? In the past, local producers supplied the US and South American market; in the future, almost 30 percent of what will be produced in the Americas will have to leave the region. China is “inevitable,” he said. “China is the most competitive market in the world. It’s the worst price, always. But going forward, it’s inevitable.” Even if US product isn’t going there directly, Chinese demand will drive commodity exports, Morales said.

If US exports to China are hampered by tariffs, then Malaysia, Vietnam, Indonesia, and other growing regions will pick up the slack. “We will see some rebalancing while the trade tariffs are in place,” Morales said. “Optionality, you have to have it. And markets will ebb and flow … [they] will continue to find their outlets.”

Resin exports will continue to ramp up in the US, he said. “It [the expected surge] is here, and it’s hard to envision any scenario, regardless of trade tariffs, that [doesn't] let this happen. It would take a global recession and economic collapse of the world for product to not flow, because of the competitive cost position in PE [polyethylene] that we have in in North America … Even though near time you can’t depend on Asia, [producers are] finding other markets. Optionality is key, and we have it.”

On the project construction side, 333 shale-fed petrochemical projects valued at $202 billion were announced in the US between 2010 and September 2018, according to the ACC. About 22 percent were under construction, 41 percent planned, 6 percent delayed or unknown, and the remainder completed. In a positive sign for the construction boom, several more US Gulf petrochemical projects, including a $1.7 billion project announced for Baytown, Texas, by Covestro, were added to the roster before year-end, according to Chemical Week, a sister publication of JOC.com within IHS Markit.

Wood Group, a Scotland-based EPC, announced a five-year reimbursable contract for work on a massive Gulf Coast plastics manufacturing project in December. Although the announcement did not name Wood’s client, industry analysts believe this project is the long-discussed $8 billion ExxonMobil-SABIC plant planned for construction near the Port of Corpus Christi, Texas. If so, it is already included in ACC’s total.

The US’s trade quotas for South Korea, Brazil, and Argentina, and the Section 232 steel tariffs, are making it difficult to buy competitively priced steel to build plants or maintain existing ones, Ed Brzytwa, director for international trade for the ACC, said during a Houston supply chain conference in November. As reported by Petrochemical Update, he said that planned investments are at risk of being put on hold or canceled, even with the huge advantage of cheap ethane feedstock. Noting that a typical ethylene cracker requires approximately 18.5 tons (16.8 metric tons) of steel, Brzytwa estimates that tariffs and quotas could increase building costs for the petrochemical industry by as much as $1.8 billion overall, given projected construction.

Importing modules and fabricated project components for these projects has also become cumbersome in many cases, project shippers have told JOC.com. Thanks to newly strict applications of trade regulations, items may be assessed based on their component “ingredients” rather than as a constructed or manufactured item, making imports vulnerable to various duties and increasing construction costs considerably.

Morales said that “anti-plastic” sentiments could also have an effect on the production of virgin plastics in the future. If recycle rates do increase from 15 to 40 percent, as some predict, that will affect the number of plants needed. “Too many brand owners have made big pledges,” he said. Products will not sell for more, and anti-pollution and sustainability issues could have a real effect on the industry in the long term.

At least for now, the advantages of an abundant and fantastically cheap feedstock outweigh the (hopefully short-term) risks of tariff- and quota-driven bumps in US construction costs and complications selling into China.

Fortunately for the project transport industry, there is enough money to be made that investing billions in petrochemical manufacturing is still making sense.