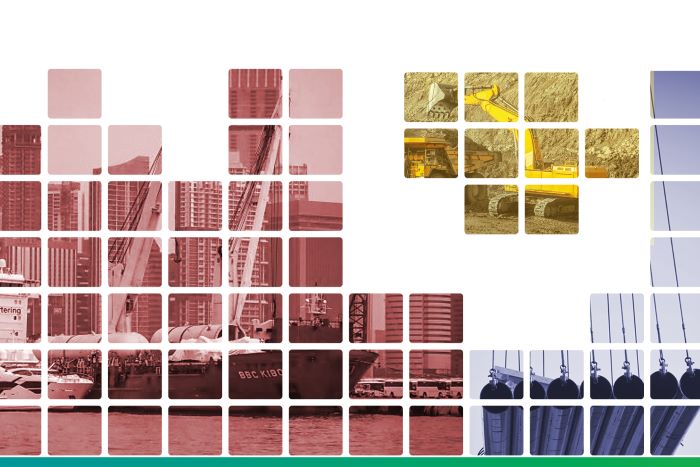 (The following is part five of a six-part series examining vessel chartering in the breakbulk sector.)

Project shippers, particularly engineering, procurement, and construction (EPC) companies, have over the years expressed interest in a project cargo “index” as a potential window into the often-opaque costs of moving project and breakbulk cargo. But what would a project cargo/breakbulk freight index look like?

Susan Oatway, senior analyst for multipurpose and breakbulk shipping with Drewry Maritime Research, has spent a fair amount of time pondering the nuts and bolts of a potential project cargo index. The complexity of project and breakbulk chartering — that ongoing, multi-dimensional game of Tetris — adds to the difficulty. Not all service providers are thrilled by the index idea. And because project freight rates are virtually never public knowledge, project cargoes themselves vary wildly, and tramp voyages are generally one-offs, just what exactly could or should be measured for an index remains a question.

“There's quite a lot involved with breakbulk,” Oatway told JOC.com. Chartering for breakbulk cargo “is not the simple hiring of space on a ship,” she said.

Typically, multipurpose/heavy-lift (MPV/HL) carriers will have some ships with regular, negotiated contracts, some ships with monthly voyages, and some ships open. “The in-house [chartering desk] will have to find cargo for these,” Oatway said. A regional or global project or chartering manager handles chartering, she said. For the few with quite large fleets, such as BBC Chartering (about 170 ships) and Zeamarine (about 80 ships), there will be regional chartering teams handling tramp, semi-liner, and liner services. It's a bit like old-fashioned bulk shipping, Oatway said. “They'll work with brokers and forwarders who match cargoes and ships,” as well as directly with cargo owners, she said.

Intermediaries — brokers and forwarders — will know about cargoes that need to move, such as equipment, steel, or forest products, and check ship availability with the carriers, Oatway said. Brokers, and forwarders acting as brokers, earn a commission from the carriers they book with. They do not take ownership of the cargo or provide financing. However, sometimes (more often in the past) the forwarder takes more responsibility from the client. Then, the booking note might be executed between the carrier and the forwarder acting on behalf of the cargo owner, noted long-time project forwarder Dennis Devlin. If the forwarder takes a markup on the freight rate, i.e. pays the carrier $110 weight or measure (W/M) and charges the shipper $120 W/M, then he or she is acting as a forwarder rather than a broker, earning a margin on the freight rate, taking on some risk or liability, and would not normally also receive a commission from the carrier, Devlin said. Forwarders also often help finance transport by providing credit lines for owners and by paying carriers earlier than they would be paid otherwise.

A desire for transparency and cost control has pushed many shippers, particularly since the 2014-15 downturn, to develop in-house chartering teams, often staffed with former project forwarders or carrier executives. They do much of their own chartering and, typically, pay forwarders a straight commission to handle the transport details. In this case, the forwarder is likely accepting less risk, said Devlin. Regardless, in his experience, sophisticated forwarders will always have charterer's liability insurance in place, he said. “This is one of the reasons forwarders prefer to have a small team of people globally who are actually executing booking notes and signing charter parties,” he said.

Knowledgeable project freight forwarders are “very interested” in precisely how cargo will be lifted, lashed, and stowed on board, Devlin said. “Frustration on the side of the forwarder comes when vessel owners and operators change the stowage plans that have already been agreed to at the last minute — often to accommodate additional cargo — or the stevedores do not follow the lifting, lashing, and stowage plans as written and communicated,” he said.

This is one reason forwarders want to have someone such as a trusted surveyor or an employee with an engineering and/or marine transport background on hand to oversee rigging, lifting, stowage, and lashing, Devlin said. It's also a reason for forwarders to insist on lashing at port rather than at anchorage, a choice sometimes made to save owners from paying stevedores, as opposed to having the vessel crew take on this task.

Isolating and securing the inputs for a meaningful project cargo index would be quite the challenge. Some EPCs have pondered the usefulness of an index based on breakbulk steel shipping rates. Steel, a classic breakbulk cargo, is standardized in a way that project cargo is not, which makes it more measurable, but not necessarily revealing about project rates. Hamburg-based broker Toepfer Transport creates a monthly index based on time charter rates for 12,500 dwt F-type vessels, a busy “workhorse” MPV/HL ship. The index is narrowly focused, but useful.

Several EPCs also watch the Baltic Dry Index, which they say is a long-lead indicator for project freight rates. Do new attempts to digitize project cargo transport, such as e2Log's, have index potential? e2Log's model breaks down each step of a proposed project transport into discrete actions for service providers to bid on. Assuming a large enough sample, such a program could potentially be an index source. However, forwarders see a distinct risk of oversimplification, while several EPCs have told JOC.com they would rely on their in-house chartering staff for the most complex — and expensive — projects, rather than such an outside source.

Permalink Submitted by peter.bouwhuis@... on Dec 17, 2019 7:16AM EST
A very interesting articles. Well put together and thanks for highlighting the topic. Project cargo and related cargo is part of an entire project which is being, or suppose to be, managed with the utmost care and planning. Project are a complex line up of thousands of parts and hundreds of shipments that need to be delivered Exact In Time (EIT) to meet with the workforce resources on site and in order not to double handle any freight. This requires extensive planning and scheduling sometimes 1 or 2 years in advance. A "last minute" solution on shipping is not part of this. Projects need to be "cost" driven, not rate or price driven which is short term thinking. I like e2log but believe that a system/program whereby Cargo space and cost can be "Hedged" may be a better solution for the future. Minimizing risk and stability in cost.
Breakbulk