Special report: Breakbulk chartering and the art of project forwarding

Special report: Breakbulk chartering and the art of project forwarding 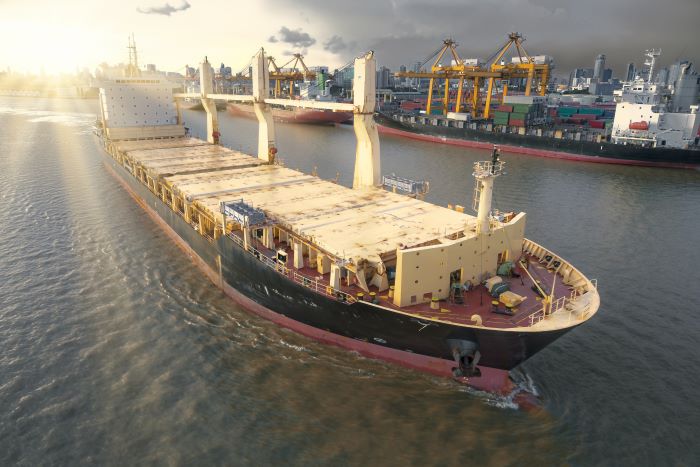 Despite chronic overcapacity in the multipurpose/heavy-lift (MPV/HL) fleet, finding tonnage in the US Gulf is a challenge, said Lucas Strom, head of operations and chartering for the Americas with Denmark-based forwarder Blue Water Shipping. Carriers are avoiding the US Gulf due to a lack of exports such as soybeans, he said.

“It used to be that BBC would have 20 to 30 ships in the Gulf, but no more, [because] they have to ballast out or take low-paying cargoes to reposition vessels,” Strom said. “It used to be easy to find five carriers, each with two ships that month, to fight over your business. Now there are just not as many ships around.”

Fleet consolidation in the MPV/HL sector has also had knock-on effects, good and bad, from the freight forwarder's perspective, Strom said. “You approach fewer people and have access to the same number of ships in the market. But you're losing your brokering capabilities. [In the past], I could get better rates, terms, and conditions than I can today,” he said. Cargo is king, theoretically, but “there's less cargo out there and you’d think [the carriers would] be killing for it — but there is also less competition,” he added. “The consolidations have soaked up the ships.”

In the past, Strom worked with a distribution list of 35 to 40 carriers; now, it's 15 to 20. “It's drastically different ... It’s been an interesting shift over the last seven to eight years,” he said.

Falk Puetz, vice president and global head of marine chartering with forwarder Kuehne + Nagel, sees consolidation as a natural development, because vessels haven't earned healthy returns for so many years. Consolidation “limits players, but creates opportunities for people with ships,” he said. He would not be surprised by more consolidation among “second-tier” carriers, he said.

Strom said he also sees more shippers working directly with carriers now, rather than using intermediaries, i.e. forwarders and brokers. In the past, a shipper's logistics staff would have had to be able to sort and analyze 40 or 50 carriers, he said, and “it was more difficult as a skill set.” Vessel owner/operator consolidation makes this task look easier, he said. “If you can call BBC, Zeamarine, Cosco, AAL, or Chipolbrok and have 90 percent of the available [MPV/HL] fleet covered, then how hard is it to find a solution?”

However, chartering is more than just having a rolodex, Strom said. “It's not just a task-oriented job, it's knowledge-based,” he said. The charterer must understand law and contracts, and how these apply to the operations to be undertaken. Skilled forwarders will understand vessel operating costs and how MPV/HL carriers combine cargoes to fill out voyages. For example, “I may only have 2,000 freight tons; then I know the carrier will look for commodities to fill out the ship. When you know global trade patterns, it helps you put the puzzle together and know if you are getting a reasonable rate from the carrier.”

“The owners [cargo shippers] are increasingly taking a direct approach, and carriers are open to it," Puetz said. However, with large-scale, turnkey projects “there is still a benefit to using a project forwarder. When [clients] discover what a project forwarder does, they see the value.” If the project forwarder is simply acting as a broker, he or she passes on the information and gets a commission from the carrier, he said. But for Puetz, “this is not normal.”

“We are not just a mailbox. The project forwarder adds value,” he said. “A lot of our service is that we deliver credit lines for clients and improve cash flow for carriers by paying them earlier,” offsetting financial risk for both sides. They also work with the internal charterers, such as sub-vendors.

Project forwarding is all about networking, said Puetz, who is based in Hamburg. “You find out what the ship is up to and what the carrier needs. ‘Who else is onboard [the ship]? What are the possible combinations of cargoes and port pairs? Is it A to B, C to D? What do they need?’ You can't rely on published position lists and schedules,” he said. “It's all about positive relationships, and it goes both ways. There's a learning curve. You can't afford a bad reputation. You need to have the instinct for chartering, and you need to develop contacts around the globe. You track who's in the market.”

It takes three or four years to build a portfolio and the necessary connections. Strategy is important, he said. “You talk tactics. Where are the flows of cargo? Where are the big projects?”

Strom said one of his clients recently delayed fixing and thus lost a favorable rate for his cargo. “I could wait it out longer to find a solution and get lucky, let other cargoes develop for the carriers … it takes an iron gut, but it's manageable, playing that game in the market. If you panic and book to get [the cargo] off your desk, you don’t do your client the best favor. You accomplished the task, but did you get the best solution?” he said. “Ships will come and go, and suddenly your cargo [could] become attractive — but by no means does this happen every time. You can be left in a subpar situation.”

Global Shipping Outlook: A Sneak Peek at 2021
Port Performance North America: Managing Cargo Flow During a Pandemic — and Beyond
END_OF_DOCUMENT_TOKEN_TO_BE_REPLACED