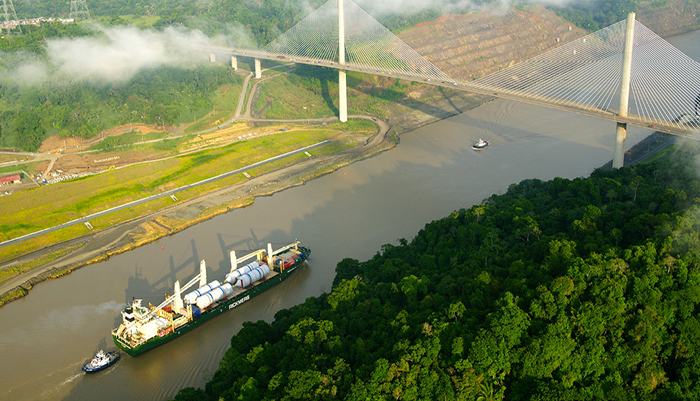 The first half was not kind to Rickmers-Linie, and the second half will not be much better.

Average per-ton freight rates for breakbulk, heavy-lift and project cargoes carried by Rickmers-Linie tumbled 20 percent in the first half of 2016, and no recovery is in sight this year, the carrier’s parent company said.

Rickmers-Linie posted first-half negative earnings before interest, taxes, depreciation and amortization of 5.3 million euros, compared with a positive EBITDA of 2.9 million euros in the 2015 period. The unit’s revenue fell to 64.9 million euros from 89.1 million euros.

Rickmers said rates “remained at a persistently low level in the first half of 2016” and that the Hamburg-based company expects to post a decline in revenues for the full year. The breakbulk industry is feeling the impact of cancellations and delays of projects for construction of energy, mining and other projects.

“The Rickmers-Linie segment does not foresee a market recovery in the second half of 2016, the company said. “Existing overcapacities, particularly with container, bulk-carrier and ro-ro [roll-on, roll-off] vessels, and the resulting fierce competition, will continue to exert great pressure on freight rates over the coming months.”

Breakbulk, heavy-lift and project carriers face fierce competition from operators of other vessels seeking cargoes to offset overcapacity in their traditional markets. Rickmers cited Drewry’s expectation that the market is unlikely to recover before next year.

Rickmers said it expects improved access to cargoes from its acquisition earlier this year of Nordana’s project business, which is continuing to operate under the NPC Projects brand. The company also has entered a mutual space charter agreement with National Shipping Co. of Saudi Arabia (Bahri Lines) between US East and Gulf Coast ports and the Middle East.

Meanwhile, Rickmers Holding and ER Capital dropped plans to merge their ship management operations “for the time being.” The deal would have created a joint venture with about 220 vessels, including 165 container ships.

Rickmers said it that at mid-year, the company operated 15 multipurpose vessels, including nine owned or chartered multipurpose heavy-lift carriers with capacities of 30,000 deadweight tons.

Parcel vs. LTL: Managing Big and Bulky Shipments Without Breaking the Bank
Global Shipping Outlook: What Will 2022 Hold?
Port Performance North America: When Will the Bottlenecks Ease?
END_OF_DOCUMENT_TOKEN_TO_BE_REPLACED

Could Melio be key to post-corona success?
END_OF_DOCUMENT_TOKEN_TO_BE_REPLACED