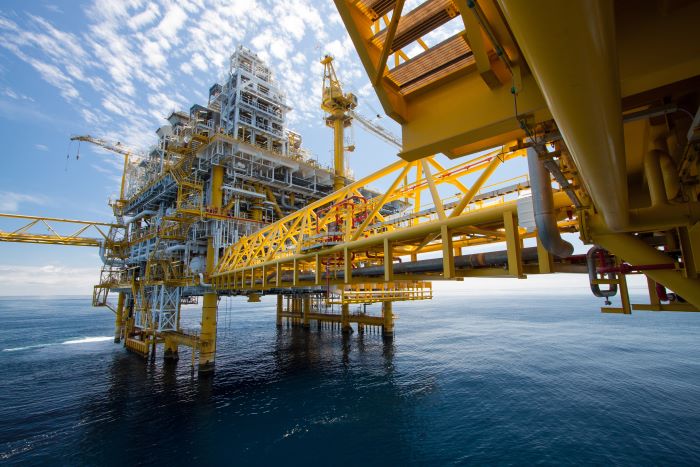 Cuts to the oil and gas sector threaten the project cargo market even as rates stabilize. Photo credit: Shutterstock.com.

The Toepfer Multipurpose Index is expected to rise 0.2 percent in July, a small gain but one that ends a seven-month slide, possibly signaling an end to the COVID-19 rate slump. However, cutbacks in oil and gas spending loom threateningly over the segment.

The index, a forecast of average time-charter rates per day for 6-to-12 month charters for geared, 12,500 dwt F-type multipurpose ships, is at $6,391, up from $6,381 in June, but down 16 percent from the July 2019 average of $7,610, according to the latest report from Hamburg-based shipbroker Toepfer Transport, released Wednesday.

A marked decline in the index kicked off in February, when the COVID-19 pandemic and global efforts to control its spread began to take hold.

However, Prehm noted that while the sector has “probably reached the bottom of the corona-related rate decrease … the consequences of the low-oil price are still ahead of us”, reflecting sector-wide apprehension about cutbacks to oil and gas spending that are spreading across the sector.

Although a truce has been reached in the Saudi-Russia oil price war that flooded oil markets and drove forward oil contracts into negative territory in April, IHS Markit, the parent company of JOC.com, expects a “massive” surplus of excess oil to continue disrupting the market. Ending the price war did not solve the problem of collapsing oil demand owing to the COVID-19 shutdown. IHS Markit predicts global GDP will fall by 5.5 percent in 2020.

Thanks to falling demand, national oil companies and oil majors including Royal Dutch Shell, Chevron, BP, Exxon, and Total have announced billions of dollars in cuts to planned capital expenditures, and oilfield service providers such as Halliburton and Baker Hughes, already hit hard, have announced layoffs, according to IHS Markit.

It is difficult to predict exactly which projects will be shaved down, Pritesh Patel, executive director, Upstream Costs and Technology for IHS Markit, told JOC.com in a recent interview, but anything that was going to reach final investment decision in 2020 is likely to be off the books, including projects sanctioned during the first quarter, he said. Projects sanctioned in 2018 and 2019 might be delayed, but should ultimately continue, he said.