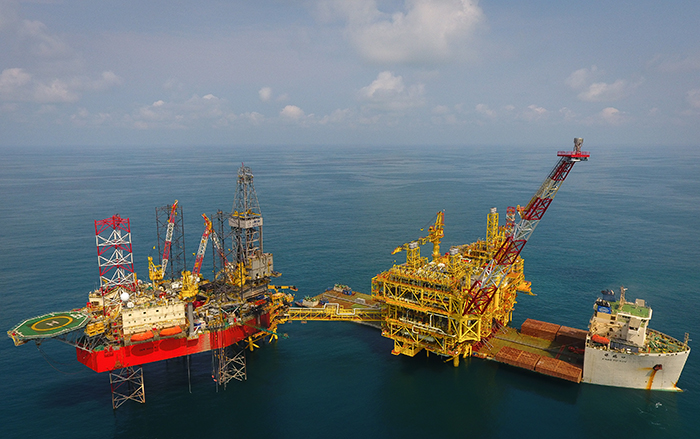 Formed in 1998 and based in Houston, the ECMC is a small but influential group of project logistics executives dedicated to “raising awareness and collaboration within the industry.” Photo credit: Shaiful Rizhuan/Shutterstock.com.

The Exporters Competitive Maritime Council (ECMC) is forming its newest committee on safety in project transport logistics and on project sites, a topic growing in complexity as logistics service providers must meet increasingly rigorous safety requirements from project owners and engineering, procurement, and construction firms (EPCs), according to ECMC chairman Jake Swanson.

Formed in 1998 and based in Houston, the ECMC is a small but influential group of project logistics executives dedicated to “raising awareness and collaboration within the industry,” Swanson told JOC.com. ECMC’s members include logistics professionals from EPCs including Bechtel, Fluor, Kiewit, and TechnipFMC; project owners such as Air Liquide; manufacturers such as GE and Siemens Gamesa; and project freight forwarders such as DHL, deugro, Agility, and Bertling. Each member company must have an interest in or be established in the United States and be involved in US imports and/or exports of project cargoes, Swanson said.

The ECMC forms committees to tackle specific industry-related issues, and those committees are dissolved when sufficient progress has been made or the desired level of awareness has been achieved, said Swanson, who is also global head for DHL’s EPC project division. The ECMC does not engage in lobbying activities, but it does partner with other trade associations “when it makes sense,” he said. For example, the ECMC is currently working with the Specialized Carriers and Rigging Association (SC&RA) in a shared effort to tackle the thorny issue of heavy haul permitting within the United States.

Other current committees are focused on project logistics education and on handling the repercussions of the International Standards for Phytosanitary Measures No. 15 (ISPM 15), regulations designed to prevent the importation of dangerous pests in wood packaging material (WPM). Invasive wood-boring pests are sometimes found even in WPM that has been — supposedly — properly treated and stamped. This can trigger expensive mitigation efforts for the importer of record that range from fines to the forced re-exportation of cargo outside the US for mitigation.

The ECMC’s education subcommittee has several planks, including internships, teaching, and influencing curriculums, Swanson said. The group reaches into Houston-area schools and universities that offer supply chain logistics programs to find promising students to place as interns, often at the offices of ECMC members. In doing so, the ECMC is “trying to attract the best and brightest into the project cargo industry,” he said.

The ECMC has for many years participated in the Breakbulk Americas Education Day program, leading class sessions and taking students on tours of the exhibition floor. In February, the group presented a one-day “Project Logistics Road Show” at the University of Houston’s School of Technology in Sugarland, Texas, that included sessions on project planning, trade compliance, industry careers, and capital project logistics. About 150 high school and college students attended.

Because project cargo transport is such a specialized niche within the greater global supply chain, schools and universities often don’t teach it in depth — if at all. To remedy this, several ECMC members are now on the boards of degree programs in Houston. “We want to be a presence at the table,” Swanson said.

“The college board piece has become very coordinated over the last three to five years,” added Reda Hicks, president of the ECMC and former senior counsel at forwarder Panalpina. “The ECMC and the schools identified a lack of [project cargo] subject matter expertise. The schools are now eager to fill that gap,” she said. The goal is to create a pipeline of new project supply chain employees for the industry, said Hicks, who is currently attending the Presidential Leadership Scholars program.

Houston is “ground zero” for the work the ECMC educational committee is doing, said John Amos, secretary of the ECMC and president of Amos Logistics. Amos also serves on the board of the California State University Maritime Academy, where he is assisting with revising the curriculum to include project transportation education, he said.

And although the group does not lobby on behalf of its members, the recent reauthorization of the Export-Import Bank of the United States (EXIM) was influenced by the ECMC’s concerted efforts to educate congressional lawmakers about why the bank is so important to American industry, Swanson said.

For four years, EXIM was unable to approve project financing over $10 million because a political stalemate in the US Senate prevented the appointment of enough new board members to form a quorum. That hurdle was overcome last May, and funding was reauthorized in late 2019. When the quorum was finally restored, some $40 billion in projects and export business was waiting for approval, according to press reports at the time.

Industrial projects, including energy projects, liquefied natural gas (LNG) and petrochemical plants, and oil and gas projects, are built all over the world and can cost from several million dollars on the low end to well into the billions to build. The larger projects typically require government-backed financing to get off the ground.

Amos said ECMC committee members worked to explain these realities to senators and other politicians, who he says didn’t necessarily realize that the US sourcing requirement for EXIM funding would create jobs, possibly in their districts. Many of the people the ECMC spoke with also didn’t understand the transportation requirements of such large projects, he added.

Project logistics and transportation is often invisible to the general public. The ECMC’s mission is to pull back that curtain, rendering the field more visible to schools, students, and politicians, among others.