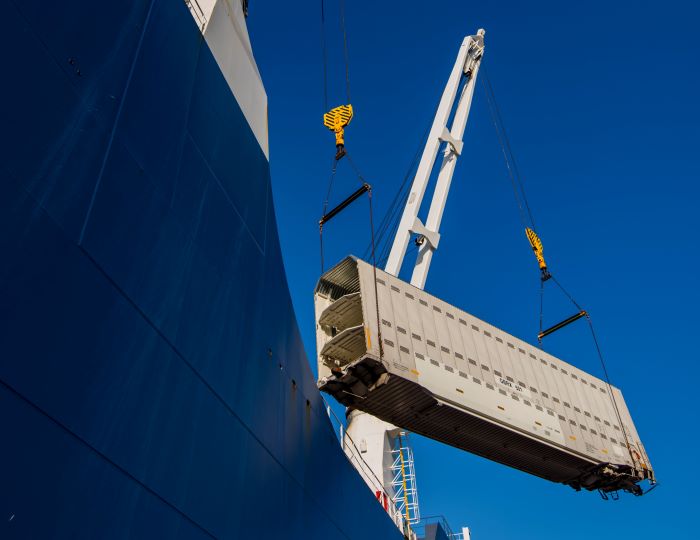 Working tenders planned before the coronavirus disease 2019 (COVID-19) upended global logistics, scattered project logistics teams are scrambling to organize — or reorganize — complex project transport from home. They are grappling with delayed manufacturing schedules and distorted trade lanes for tramp and liner carriers. Cargo must often be shifted to new routes or transport modes.

“We are still moving cargo on the capital projects side,” Grant Wattman, CEO and president of Agility Project Logistics, told JOC.com. “What we are up against is that around the world suppliers are shutting down.… Trucking country to country in Europe is a challenge. The supply chain is backing up in a number of locations.” On the day Wattman spoke with JOC.com, colleagues were racing to get cargoes out of India before a government-mandated shutdown began, he said.

The challenge is finding solutions for active projects in a rapidly changing environment, Benjamin Liewald, executive vice president for projects with Swiss forwarder Fracht, told JOC.com. “Making sure cargo can be loaded on time and delivered, coping with staff changes and with vessel and equipment availability,” he said. “That looks a little different every day.”

Some fabricators are not completing project cargo on schedule, Liewald said, which means Fracht must expedite transport, finding new vessels or possibly new routing that will still enable them to deliver cargo on time.

Another complication is that ocean capacity has been tight out of China, Liewald said. In normal times, there are five or six multipurpose/heavy-lift (MPV/HL) tramp and liner ships calling Chinese ports every week, he said, but during China's COVID-19 shutdown there were only one or two per week. “Now China is coming back, but Europe is affected,” he said. “The real consequences are still to be seen” as COVID-19 becomes an international crisis rather than one specific to China, he said.

The flow of cargo is continuing, agrees Chris Kent, global projects director with Pentagon Freight, “but it's harder.” Nearly everyone normally in an office is working from home. In general, port labor is still on site, he said, but “that crew is not an infinite resource. If they are sick, you'll see production rates drop” and schedule delays.

In Europe, cargo that normally moves in containers is being converted to roll-on, roll-off (ro-ro) and breakbulk modes because repositioning fees and surcharges are up even as container sailings become less dependable, Wattman said. “We've had to be more creative,” he noted.

MPV/HL sea freight rates have not risen, as that pressure has thus far been offset by lower-than-expected bunker costs, Kent said. Air freight costs for all cargoes are rising as airlines shut down passenger services in the wake of COVID-19 and belly hold capacity disappears. Warehouse space near airports is also disappearing, Wattman said.

“We are chartering airplanes daily,” Reiner Weiderkehr, CEO with Fracht's Houston office, told JOC.com. “We just chartered an Antonov 124 from China to the US.” They are essentially running an air charter service, he said, with one regular flight running weekly between the US and Europe and another carrying cargo from China to Europe weekly. They've had no trouble finding planes, chartering directly with owners rather than using brokers, he said. Costs are high, however. In one case, Fracht's Liewald said, air transport that normally costs $1.50 to $2.00 per kilo is costing them between $7.00 and $8.00 per kilo.

As the COVID-19 crisis has unfolded, many container carriers have become newly strict about payments. “Cash is king,” Wiederkehr said. “There's no screwing around.” Air transport is the same, he said: No payment means no cargo movement.

Despite the crisis, Kent said that Pentagon does not yet see a force majeure situation. “Everyone is very tolerant at the moment,” he said. However, “we'll reach a stage when impatience will come into play, as cargo is required onsite” or schedules are affected, he said.

“If we have contract issues, we deal with these one on one, the same as we always would,” Wattman said. Agility has not declared force majeure. “Going forward, we will have to have some difficult discussions with clients, because the contracts we have don't work in this environment. We are very transparent about it,” he said. New contracts being written reflect the current market uncertainty, he added.

Fracht has also not declared force majeure, Liewald said, except in one case where a customer asked for a declaration because they needed it for their own client. From his perspective, companies are using force majeure declarations as a precaution, particularly with long-term projects where clients have committed to delivering project cargoes within a specific time frame and budget, commitments which then become the responsibility of the forwarder. “Companies in general want to cover themselves, as it remains unclear how the situation will unfold. In crisis, lead times are difficult to guarantee. Pricing is difficult to guarantee. Our main focus is to find solutions to keep cargo moving,” he said. He expects force majeure declarations to grow in importance as the crisis plays out.

An unexpected side effect of the shutdown is the opportunity to revisit processes, said Wiederkehr. For example, “project forwarders are not known for timely and accurate billing. They are more often busy with freight and don't worry about invoicing.” Billing falls behind even as clients and service providers use forwarders to finance cash flow, he said. “The biggest issue in our industry is the cash situation.”

Liquidity and working capital will be an issue through the end of 2020, Wattman predicted. “When we come out of the crisis, the market will not be the same,” he said.

Overall, “what I see is how important our employees are,” Wiederkehr said, as they scramble to solve problems and find emergency solutions, often in mere hours. Just as important is “the human message,” he said, as industry colleagues and clients reach out and check on each other during the pandemic.