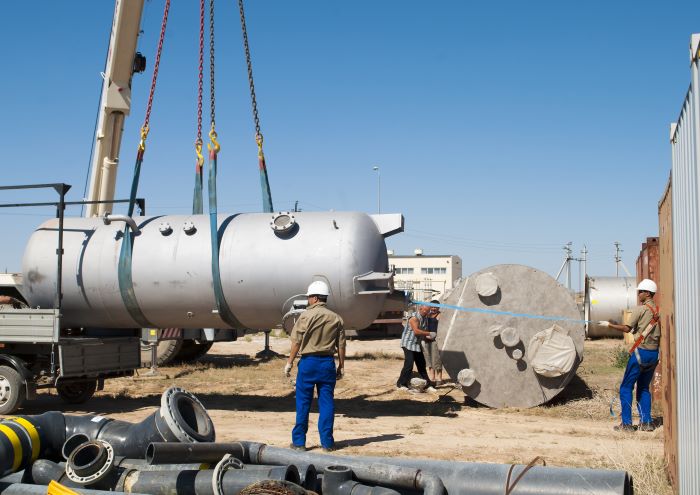 The global multipurpose/heavy-lift (MPV/HL) sector is headed for rough waters this year with project cargo marooned in China amid the country’s ongoing measures to combat coronavirus disease 2019 (COVID-19), industry sources said this week.

China is a key source of steel, renewables, project components, and modules for industrial construction around the world. Large, multi-billion-dollar projects under construction or in early stages globally, including in China, include petrochemical plants, off- and onshore oil and gas projects, and wind energy installations.

A project manufacturing executive told JOC.com it is temporarily impossible to move any “big stuff” requiring special transport equipment from Chinese fabrication yards or manufacturing sites to Chinese ports. This is affecting delivery and project schedules, the executive said, and they expect companies to begin declaring force majeure as the effects trickle down. “It's not a fun situation to be in right now,” the executive said. The source, as well as others, said they are hunting for alternative sourcing for the components they need for a variety of large industrial projects under construction.

Fitch-BMI, an economic advisory service, warned on energy-related projects this week following some declarations of force majeure on near-term liquefied natural gas (LNG) contracts, citing the potential impact on “construction of oil and gas infrastructure including floating production storage and offloading units, platforms and rigs, which risk delays to offshore upstream projects around the world.”

A European carrier executive told JOC.com this week they'd seen laycans pushed back due to cargo delays, but no force majeure cancellations yet. Hyrup said several clients have been unable to confirm cargo readiness when a ship was arriving, meaning they'd chartered with SAL to call a Chinese port to pick up project cargo, but there was nothing to load, he said.

An MPV/HL carrier executive described breakbulk and project cargo transport in the face of coronavirus as “less chaotic” than on the container side, but told JOC.com that several large global projects will be delayed or fall behind their construction schedules due to manufacturing holdups.

Yorck Niclas Prehm, head of research with Hamburg-based Toepfer Transport, told JOC.com that Chinese delivery delays due to coronavirus would likely trickle down to create schedule delays for some of the larger global industrial projects currently being shipped or soon to be shipped. Port congestion and delays are a further risk, he said. New construction of all ship types, in China and elsewhere, is also delayed, due to the high proportion of equipment sourced from China, Prehm said.

Susan Oatway, senior analyst for multipurpose and breakbulk cargo with Drewry, a maritime consultant, said in an email to JOC.com that Drewry assumes “COVID-19 will be contained in China before the end of the second quarter even as it spreads in other countries, leading to a larger slowdown in global GDP than the .1 percent decrease previously predicted by the IMF.” Drewry expects some projects to be delayed, but to recover as “there is clear momentum for most.”

Hyrup expects a difficult March and April, perhaps stretching into May. But once the virus is under control, Chinese breakbulk exports will catch up quickly, he predicts, adding that will be good news for the carriers, but could lead to bottlenecks.

Coronavirus is far from contained, however, and several regions, including Australia and the US, have imposed quarantines on ships that have recently called China, adding further voyage time and costs, Hyrup said. It takes 30 to 45 days for a SAL ship to reach the Far East, discharge, and be open for cargo out of China, he said — but there are no cargoes outbound from China now, making it more difficult to cover return voyage costs.

Competition from bulk and container carriers for breakbulk cargo could also sting the MPV/HL sector in the short term, according to Drewry. China contributes some 34 percent of all dry bulk trade in the world, so with that market frozen, bulkers in particular will be hunting for alternative cargoes. In the long term, softer global demand, weakened investor confidence, a spreading outbreak, and higher financing costs are negative factors that could delay the recovery that had been hoped for in 2020, Oatway said.

Coronavirus is “just another hurdle thrown in front of us when we think the market is on the verge of recovering,” the MPV/HL carrier executive told JOC.com. “IMO 2020 and this at the same time. It's not good.”