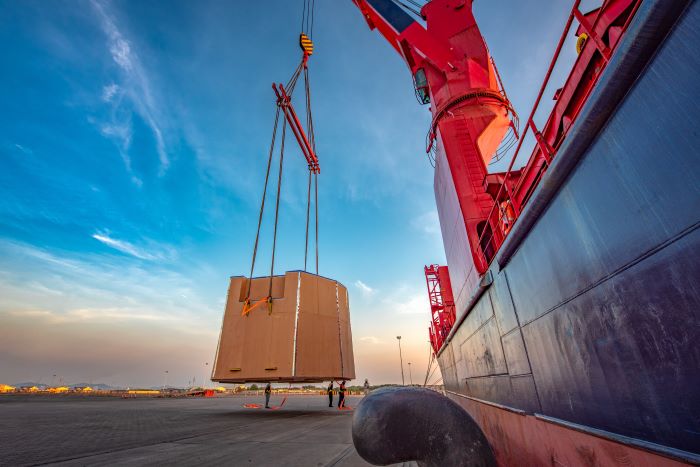 Chartering activity for the slice of multipurpose/heavy-lift (MPV/HL) shipping measured by Toepfer’s Multipurpose Index (TMI) was flat from May to June, and up only 2.8 percent from June 2018.

“GDP expectations are down a bit,” said Yorck Niclas Prehm, head of research for Hamburg-based broker Toepfer Transport, which creates the TMI, and people are in “waiting positions” due to ongoing business and geopolitical uncertainty.

However, BHP’s South Flank mining project in Western Australia, worth approximately $3.4 billion, is expected to generate about a half-million freight tons of project and breakbulk cargo, with tendering beginning within the next few months, Prehm said. The cargo will primarily originate from China.

Tendering for as much as a million freight tons of cargo for LNG Canada, a mega-project planned for Kitimat, British Columbia, is also expected within a few months. Project partners in the LNG export facility are Shell (40 percent), Petronas (25 percent), PetroChina and Mitsubishi (15 percent each), and Korea Gas Corporation (5 percent). Engineering, procurement, fabrication, and construction of the project will be provided by joint venture partners Fluor and JGC, according to a statement from LNG Canada.

The largest energy investment in Canadian history, the project will initially consist of two trains with a total of 14 million metric tons' production capacity annually, with the potential to expand to four trains. Feedstock will come from British Columbia and Canada’s interior resources; the project plan is to capitalize on short shipping distances to LNG markets in northern Asia. Construction will focus on large, complex modular components built in existing fabrication yards and transported to site by water, according to Fluor. Stringent environmental, safety, and sustainability standards are required of the project, as well as rigorous local content and hiring obligations.

Construction movement in the MPV/HL sector remains nonexistent, with shipowners hanging back for a host of reasons including scarce financing, the ambiguous market, and wariness about IMO greenhouse gas regulations and how they may affect vessel design and requirements post-IMO 2020. However, Prehm said that construction orders that had slipped earlier in the year are now said to be back on track.

The monthly TMI consists of an average of six-month to 12-month time charter rates per day for 12,500 deadweight ton MPV/HL F-type vessels, the most liquid section of this fleet. Toepfer collects the data that goes into its transport index from vessel owners, operators, and brokers, providing one of the only publicly available windows into charter rates for the privately held MPV/HL market.

New House legislation would entice carriers to haul US exports

How to Improve OTIF: 15 Tips for On Time and In Full Delivery
END_OF_DOCUMENT_TOKEN_TO_BE_REPLACED