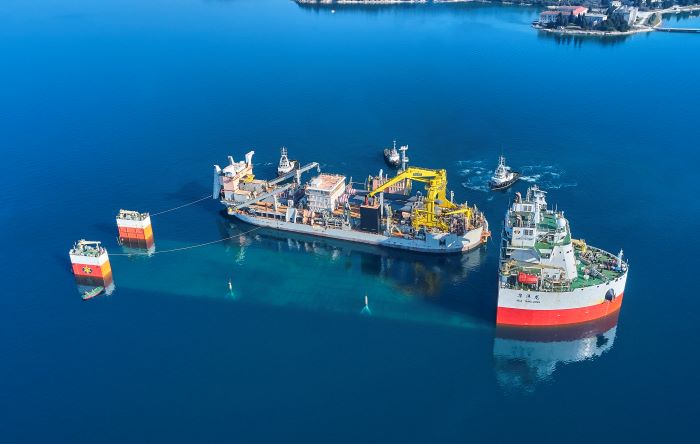 United Shipping Group has created a new heavy transport service to tap into project sector demand, including moving cargoes for petrochemical plants, ports, and offshore wind projects. The new group member — United Heavy Transport (UHT) — will be based in Hamburg, and have an office in Houston, the heart of the US energy sector.

The addition of UHT to United Shipping Group’s suite of specialized heavy-lift carriers and companies will allow the company to use a variety of vessel types and capabilities, including heavy-lift vessels, module carriers, engineering services, and now the semi-submersibles operated by UHT.

Hamburg-based United Shipping Group announced the formation of UHT on May 4. Perez, who spent 11 years with heavy transport carriers Boskalis and Dockwise, will head up the new Houston office.

UHT will represent a fleet of five semi-submersible heavy transport vessels under a partnership agreement with China-based owner Guangzhou Salvage and commercial agent GS-Pango. Four of the ships are now operating and the fifth is under construction and due in early 2022, Perez said. The new ship will be an 82,000-dwt, open-stern open-bow semi-submersible, he said.

United Heavy Lift recently announced the appointment of Intermarine as its exclusive commercial agent in North America, headed by Rene Pedersen, director of chartering with Intermarine. Several ex-Intermarine executives have joined UHL's staff over the past few years.

The group does not plan to compete in the project space based on company or fleet size, Andreas Rolner told JOC.com in a recent interview, and will remain relatively asset light. UHL sees itself “as an engineering company that offers logistics,” Rolner said. “We differentiate ourselves on the technical side; a niche within the niche.”

State DOTs leading from the front on heavy-haul permit automation