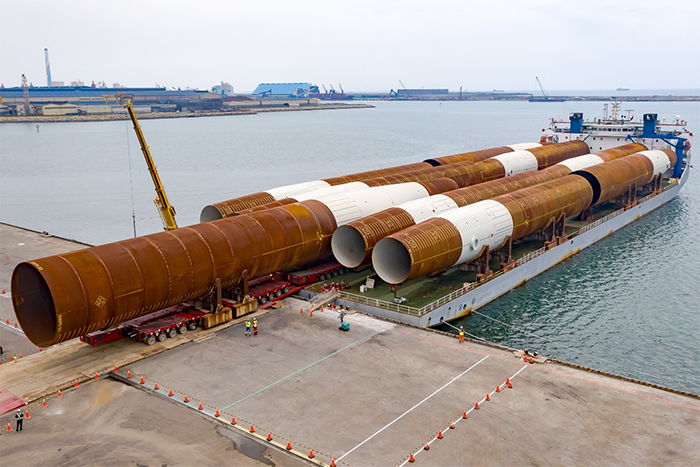 The heavy-lift cargo transportation sector, wracked by years of poor margins and chronic overinvestment, is on the cusp of much-needed consolidation just as the industry is rebounding, according to senior industry executives.

Newfound optimism is responsible for Dutch titan Mammoet’s planned takeover of United Kingdom-based ALE, which could be the first in a wave of mergers and new investment in the sector, even as geopolitical and trade threats gather.

Fagioli, a major project and heavy-lift operator headquartered in Sant'Ilario d'Enza, Italy, told JOC.com it is mulling possible acquisitions in light of the Mammoet-ALE deal. Announced at the end of July, the acquisition will merge the two largest companies in the heavy transport sector. Belgium-based Sarens and Fagioli round out the global top four. In 2018, Mammoet reported revenue of $1.1 billion, ALE Holdings $239 million, and Fagioli $200 million, according to company financial reports. Sarens does not report revenue, but did report an operating income of $720.3 million for the year.

Fabio Belli, Fagioli’s CEO, said his firm is considering acquisitions that would increase its global reach, specifically in North America, Southeast Asia, and the Middle East. “Fagioli is more interested in covering new geographic areas than technical gaps. We are more interested in covering complementary activities and business,” he said, adding that consolidation will benefit the whole market.

“The heavy haulage and lifting industry made huge investment in previous years without getting adequate returns. I believe there is more equipment than is actually needed, and this is reflected in margins. Companies in the sector made significant investments, took big risks, and have not been adequately paid by clients,” Belli said.

Mammoet and ALE declined to comment on the pending merger beyond company statements issued at the time of the announcement.

Echoing Belli’s comments, Jeff Latture, senior vice president of sales and marketing, at Barnhart Crane and Rigging — one of the largest heavy-lift and transport companies in the United States — told JOC.com, “Our industry is in dire need of consolidation to shore up pricing and reduce the temptation to price for cash flow instead of value. We work in an extremely demanding and volatile business where margin is needed to provide sufficient resources and contingency to mitigate the inherent risks surrounding the amazing work of our people.”

Barnhart’s purchase of Memphis-based Burkhalter Rigging, announced in June; the Mammoet-ALE merger; and the move by United States firm Bigge to exit project services and instead focus on equipment rental “all point to the need to rebalance supply and demand,” Latture said.

Given the size of the soon-to-be-merged Mammoet-ALE, other heavy-lift players will likely be forced to combine in order to compete, said Riccardo Tippmann, a business and strategic advisor in the heavy-lift and project forwarding sector. Tippmann has recently set up a consultancy after 33 years at Fagioli, during which he spent time in top management positions.

"Consolidation has always been going on in the industry and will continue. I think there will be others to come, especially given the Mammoet-ALE deal will create by far the biggest heavy transport and lifting operator worldwide, and be considerably bigger in terms of revenue, global presence, and staff than its closest competitor,” Tippmann told JOC.com.

Commenting on the merger at the time, a senior executive with a global engineering contractor told JOC.com, “It’s like the grand old lady and the new kid on the block ganging up against their brother. ALE has grown exponentially taking over several smaller firms over the last few years, so it’ll be interesting to see how the cultures fit together.”

As a result, Tippmann said other heavy transport operators “will not remain on standby and may attract new finance to support their development, also through new mergers and acquisitions.” Another result might be engineering, procurement, and construction (EPC) contractors increasing their in-house heavy transport capabilities by buying assets. This could boost their competitiveness and independence in traditional EPC markets such as industrial and petrochemical plant construction, heavy users of engineered transport, he said.

The quest for improved margins — likely leading to consolidation — comes amid a rebound in demand for heavy-lift transportation. A resurgence in oil and gas developments, petrochemicals, and renewable energy that has led to increased optimism among specialist heavy-lift and project cargo carriers is also having a trickle-down effect on land-based heavy transport specialists.

“The market is getting better after two very difficult years, [which happened] due to lack of investments in the oil and gas sector. I believe that in the next three years, the market will reach the same positive levels of four or five years ago,” Belli said.

Yannick Sel, global sales director for ALE, told JOC.com heavy transport is “starting to see growth in a range of key markets. Capital investment and growth is returning to the oil and gas sector after a prolonged and deep downturn that started in 2015.” Renewables and civil projects are also in growth mode, he said, and European heavy transport companies are increasingly being tapped to lead important civil projects, as clients prefer “partners that can provide a bespoke engineering service where local businesses lack experience on large, complex projects.”

Latture was equally bullish about the US market. “Barnhart is a regional player focused on only the US. Industrial construction remains strong, with particular opportunities in wind power and [the downstream portion] of natural gas production. Offshore wind is also beginning to emerge in the US as a viable market,” he said.

“From what I can see, things seem to be picking up,” added a senior executive with a leading EPC contractor. “We're working on three petrochemical plants that are all going into front-end engineering design (FEED). In terms of studies for mining projects, there's a huge amount going on. We’re on the cusp of a boom.

“In terms of oil and gas, the flavor of the month is liquefied natural gas (LNG),” the EPC executive said. “There’s just been the final investment decision giving the go-ahead for the Mozambique LNG project. It’s going to be a massive undertaking.” The remoteness of the region requires a massive logistics and mobilization effort that only global heavy-lift specialists will have the experience to perform, he said.

Market dynamics are also shifting, with customers demanding more innovative solutions, as opposed to straightforward “vanilla” transport and lifting operations, according to ALE’s Sel. “Key issues include how to cater for growing demand in modularized construction ... from large LNG plants and FPSO [floating production storage and offloading] modules to the increasing size of wind turbines,” he said.

ALE’s involvement in Taiwan’s 130-megawatt Formosa 1 offshore wind farm development saw the company redevelop land within the Port of Taichung to make it suitable for heavy load storage and load-out in addition to providing the usual transport services.

“Renewable energy will continue to grow,” Sel said. “We recently worked with GE in transporting their record-breaking 12 MW Haliade-X turbine ready for testing in the UK, and also for its unveiling in France. The introduction of these super-sized offshore turbines will present new logistical demands in handling and installation.”

Key project types for EPC contractors and heavy transport and lifting firms include oil and gas in Central Asia, including Kazakhstan; mining in eastern Europe and South America; and petrochemicals in the Middle East and eastern Mediterranean. “Investments are now being brought forward, including oil and gas and petrochemicals in the US, central Africa, Russia, and Kazakhstan,” Tippmann said.

Belli said North America, Asia, and the Middle East currently offer the biggest opportunities, but that “Africa could be a new horizon,” as infrastructure improvements and the decommissioning of redundant plants and facilities will likely be of growing importance for the heavy transport industry.

Although activity is picking up, Tippmann said some investors are still cautiously keeping new investments on hold. And while wind energy projects are moving, the sector is under heightened pressure in Europe, where prices have dropped considerably.

Belli also cautioned against an overly optimistic outlook in the short term. “It has to be said that even if the projects and consequently contracts are back on track, profitability is still too low. Previous levels of profitability won’t be achieved with mergers and reorganization. Pricing will remain lower than [in the] past.”

Ton Klijn, director of the European Association of Abnormal Road Transport and Mobile Cranes (ESTA), emphasized that wider geopolitical concerns are darkening that outlook, but said there are still grounds for optimism.

“Until the end of last year, we at ESTA were cautiously optimistic about the state of the markets our members work in. Public finances were continuing to improve after the 2008 crash and private sector confidence was increasing — both factors that stimulate investment. But today, I would have to describe our attitude as cautious pessimism at best,” he told JOC.com.

Klijn cited “multiple and worsening political uncertainties,” including Britain’s plan to leave the European Union, now due Oct. 31, which is “hanging over us like a dark cloud.”

“On top of that, the German economy looks to be slowing; there are political problems in Italy; there is the damaging trade war between the US and China; and there is the growing instability in the Middle East as relations with Iran worsen still further,” he said. “All of this is completely out of the control of us and our members, but it has the effect of stifling investment in new projects. And that is not good news at all.”

There are also specific issues in the European market, such as the growing level of populism — and protectionism — creating unnecessary complexities and petty local bureaucracies making it harder to obtain heavy transport and abnormal load permits, Klijn said. ESTA has long campaigned for the harmonization of standards and regulations across Europe. “For many of our members, the single European market does not really exist in practice,” he said.

Even so, Klijn said enormous potential in the US market as investment in infrastructure increases, ongoing strength in the wind energy sector, and the still-growing demand for maintenance in the oil and gas sectors despite the long-term trend against fossil fuels all point to a healthier heavy transport sector going forward.